Suffering heavy losses in the upper house election Sunday, the Constitutional Democratic Party of Japan lost its mantle as the country's major opposition party, though other parties also struggled against the ruling Liberal Democratic Party.

"I take it that voters did not want to switch from the LDP and entrust us with running the government," said leader Kenta Izumi, as his party looked set to win fewer than 23 contested seats. 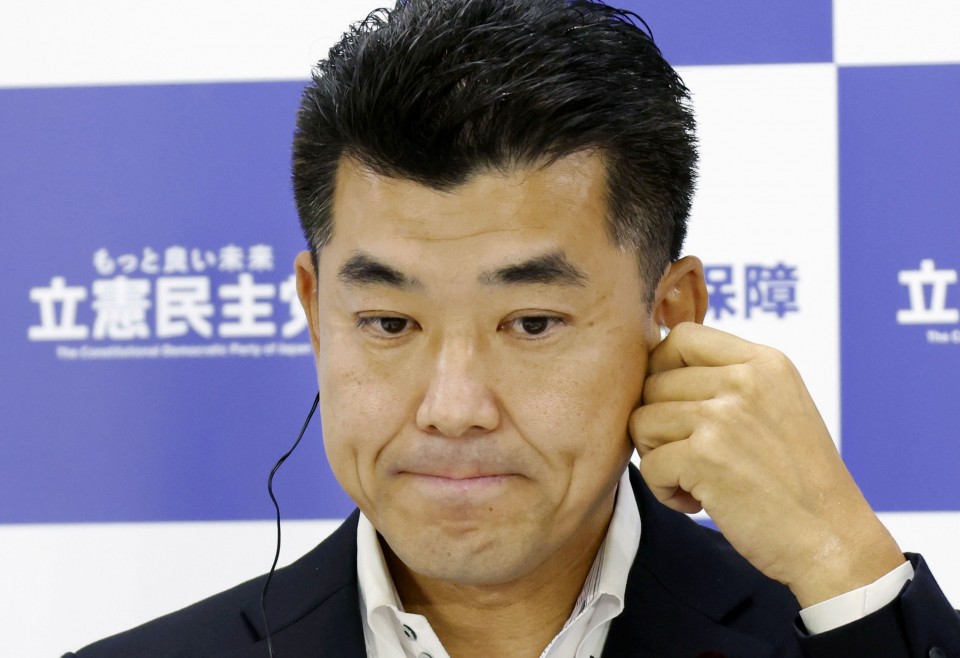 Kenta Izumi, leader of the main opposition Constitutional Democratic Party of Japan, is pictured during a TV interview at the party's election operation center in Tokyo on July 10, 2022, the day of the House of Councillors election. (Kyodo) ==Kyodo

In an acknowledgement of how difficult it is to dislodge the LDP, Izumi noted, "The situation of the opposition parties has changed considerably" since the last election six years ago, "with some on the right and some on the left, and unable to unite."

The need to join forces was raised by the Japanese Communist Party as it waited to see whether it had maintained its six seats.

"The only way to change Japan's politics is (for the opposition) to fight together. I want to move forward on this decisively," leader Kazuo Shii said.

Akira Koike, the head of the party's secretariat, said earlier that opposition parties had to think about coordinating and fielding fewer candidates to avoid competing for voters in single-seat districts. 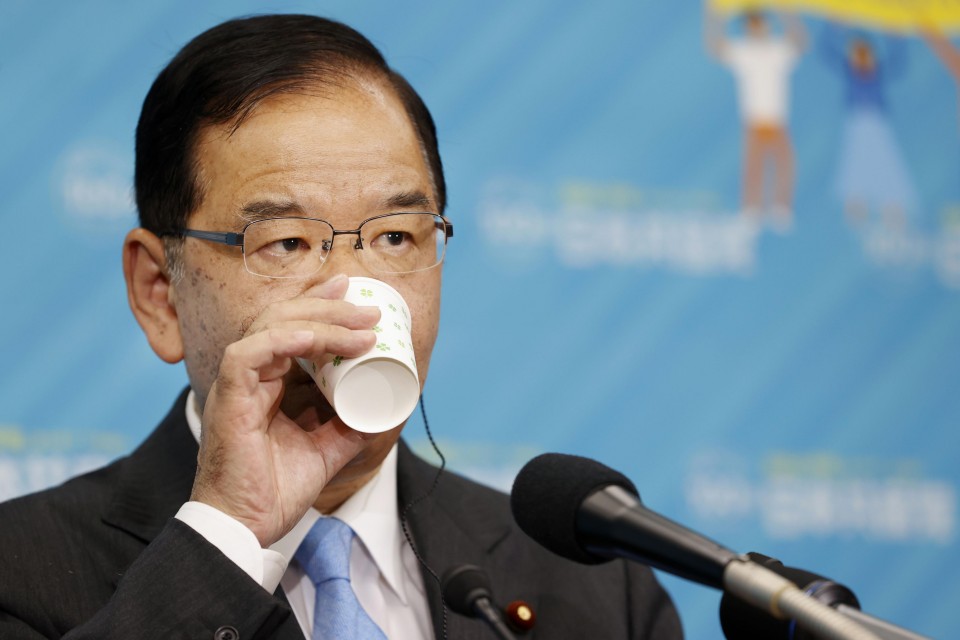 Kazuo Shii, head of the Japanese Communist Party, drinks water during an interview in Tokyo on July 10, 2022, the day of the House of Councillors election. (Kyodo) ==Kyodo

An attempt to join hands by several opposition parties, including the JCP and CDJP, in the 2021 lower house election resulted in lost seats, leading them to mostly abandon a joint election strategy this time.

The JCP fielded its own candidates in several single-seat districts where other opposition parties also competed.

The Social Democratic Party's existence hung on a thread. The party needs 2 percent of the votes in the proportional segment of the election to be recognized as a political party under the election law.

The SDP, which is what is left of the Japan Socialist Party, a force with a history of around 70 years, bills itself as a long-established party protective of Japan's pacifist Constitution.

It is now represented in the Diet by its leader Mizuho Fukushima and one lower house member. 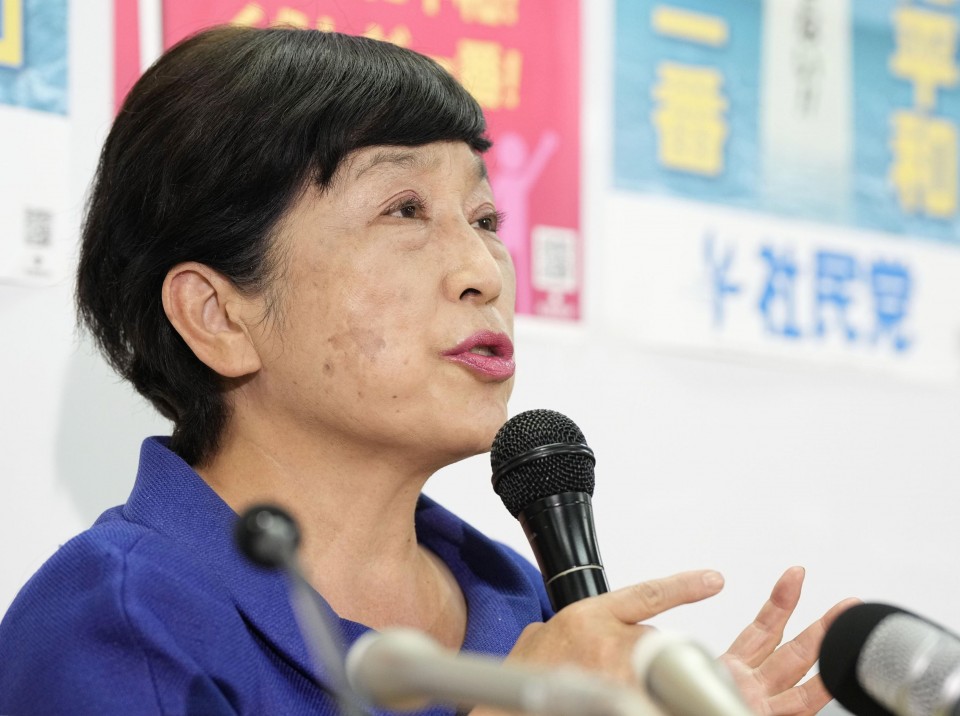 Mizuho Fukushima, leader of the Social Democratic Party, speaks at a press conference in Tokyo on July 10, 2022, as the results of the House of Councillors election come in. (Kyodo) ==Kyodo

Fukushima, running as a proportional representative candidate, was tipped to retain her seat. The veteran lawmaker ran for a fifth term.

"I have received encouragement and requests from many people during this election," she told reporters.

"What is crucial is to do everything we can to maintain the requirements to remain a party," fretted an SDP official.

The Democratic Party for the People fielded 22 candidates, though it was struggling to retain its seven contested seats.

The party, which touted it would realize "an economy with increased wages," has been able to find common ground with the LDP, such as agreeing on the fiscal 2022 budget and on the need to amend the country's Constitution for the first time since it was promulgated in 1946.

It refused to field candidates in coordination with other opposition parties. 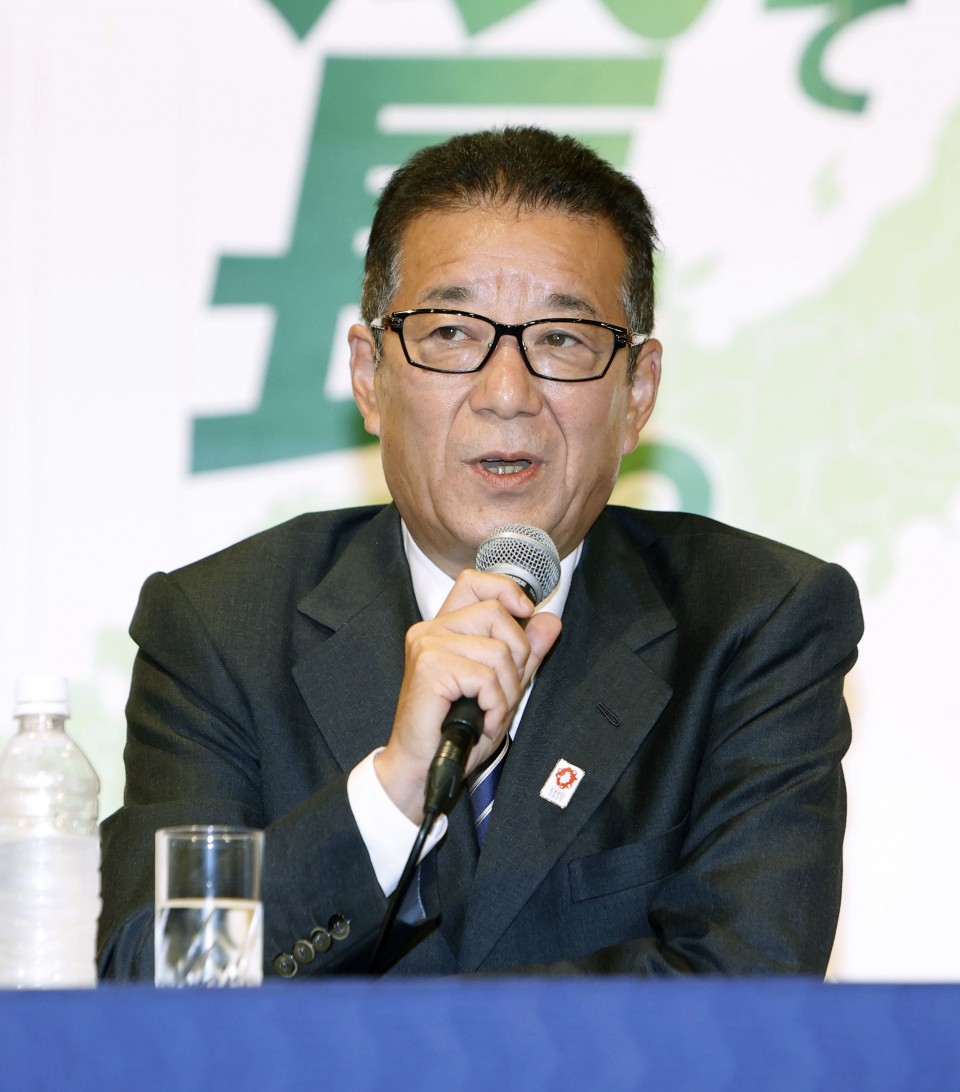 Ichiro Matsui, leader of the Japan Innovation Party, speaks at a press conference at the party's election operation center in Osaka on July 10, 2022, the day of the House of Councillors election. (Kyodo) ==Kyodo

Meanwhile, the conservative Japan Innovation Party is on track to win more than six contested seats. But it expressed disappointment, with a party official describing it as a "complete failure as an opposition force."

Rooted in Osaka, it has aimed to expand its heft throughout Japan, but has been pounded by the LDP. Keen on distinguishing itself from traditional opposition parties, it agrees on the need to amend Japan's Constitution, citing national security concerns.

"We intended to fight to show a third option" and "put a stop to the unserious LDP dominance of the political system," Fumitake Fujita, secretary general of the party, said in Osaka.