Figure skating icon Mao Asada, the women's silver medalist at the 2010 Vancouver Games, said Monday she is staging a new ice show around Japan from September through next March.

The show named "Beyond" arrives on the back of her "Thanks Tour," one that she produced for the first time and that was held between May 2018 and April 2021.

"I named it so with the thought that I can overcome my past self with a big commitment," the 31-year-old told a press conference on the show, which is set to integrate classical music and opera with her new programs.

Some 70 performances are scheduled, starting in Shiga Prefecture in central Japan. 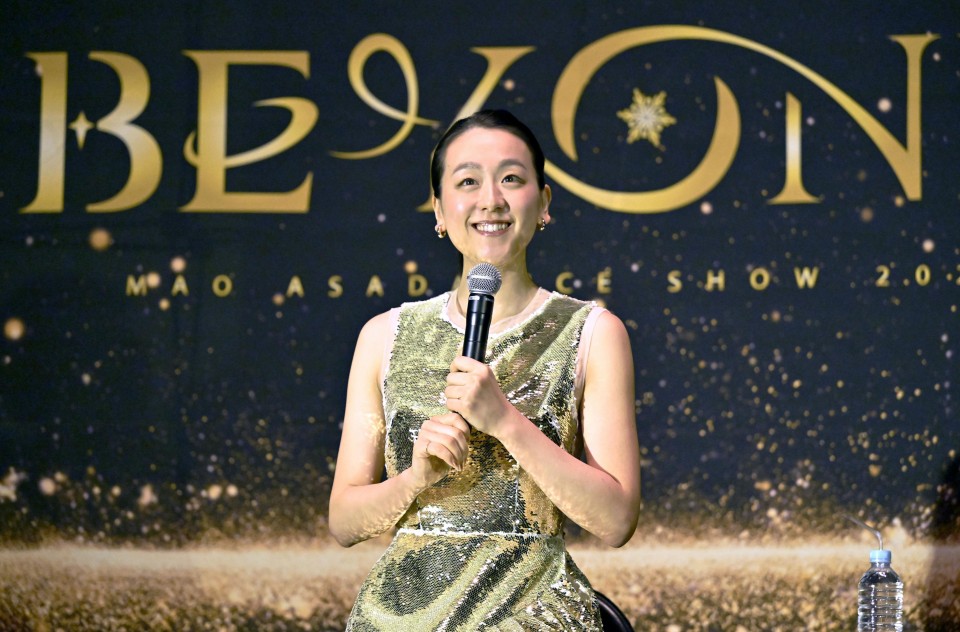 Mao Asada, the 2010 Vancouver Olympic figure skating silver medalist, speaks at a press conference in Tokyo on July 4, 2022, on her new ice show called, "Beyond," beginning in September. (Kyodo) ==Kyodo