Canadian musician Randy Bachman, a former member of rock band The Guess Who, was recently reunited with his beloved guitar in Tokyo some 45 years after it was stolen.

The instrument was found to have made its way into the hands of a professional musician in Japan, who agreed to return it to the Canadian rocker. Speaking during the Friday handover at the Canadian Embassy in Tokyo, Bachman held the guitar reverently and said he felt like an abandoned wish had come true. 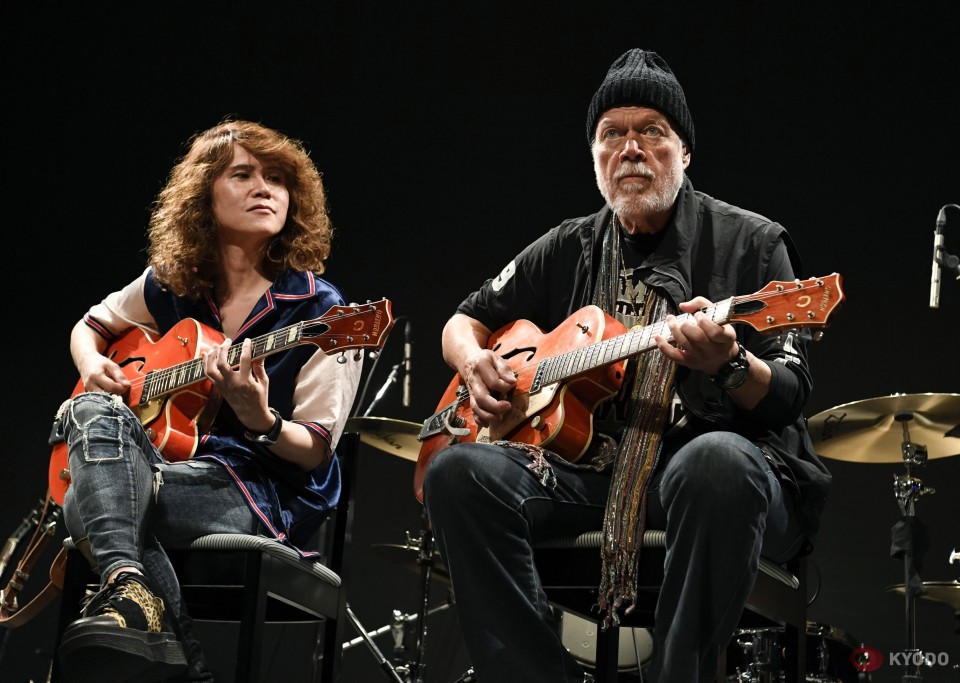 Canadian rocker and former The Guess Who member Randy Bachman (R) performs with Takeshi (L) after the Japanese musician returned his long-lost guitar to him, at the Canadian Embassy in Tokyo on July 1, 2022. (Kyodo)

Bachman was in his late teens when he bought the guitar, a Gretsch made in 1957, while out with music legend and longtime friend Neil Young. Bachman cherished the instrument, whose sound can be heard on The Guess Who hit "American Woman," until 1977 when it was stolen from a Toronto hotel.

An extensive search for the guitar brought up nothing, and its whereabouts had long been a mystery, until Bachman one day uploaded a video to YouTube telling its story. A fan in Canada then began using its distinctive woodgrain pattern to search online.

Eventually, he tracked the Gretsch to Japanese musician Takeshi, a songwriter for idol groups including Kanjani Eight, who it transpired had bought the guitar at a secondhand instrument store in Tokyo.

On the day of the handover, Bachman expressed his gratitude to Takeshi by presenting him with a guitar of the same brand and model. The two then played together.

Bachman also described how being separated from the guitar was like losing a part of himself, and of how he went on buying Gretsch guitars whenever he found them, to the point of owning 350 in total.

Reflecting on giving up the instrument, Takeshi said, "There is a sadness to it, but when I saw Randy smile, I felt glad I'd returned the guitar to him."