Japan will create an entity for infectious disease experts similar to the U.S. Centers for Disease Control and Prevention and bolster its crisis response, Prime Minister Fumio Kishida said Wednesday.

In a press conference after the end of this year's 150-day regular Diet session, Kishida said the government will formalize the plan aimed at removing sectionalism at a task force meeting on Friday. 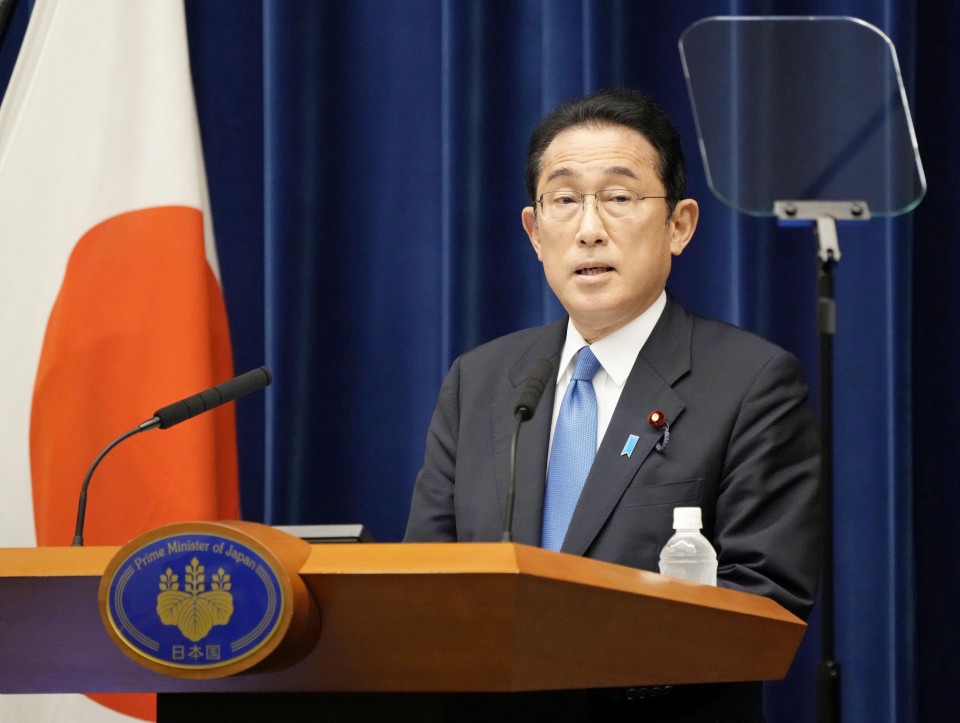 Japanese Prime Minister Fumio Kishida attends a press conference at the premier's office in Tokyo on June 15, 2022, after the country's parliament wrapped up its regular 150-day session. (Kyodo) ==Kyodo

The to-be-created body will combine existing entities -- the National Institute of Infectious Diseases and the National Center for Global Health and Medicine. It will coordinate with a newly established agency within the Cabinet Secretariat that will lead crisis management related to infectious diseases.

"It's important that we are prepared, even in normal times, for a future emergency," Kishida said, adding that the new entity will be placed under the health ministry.

Since becoming prime minister last October, Kishida has given priority to the government's COVID-19 response after his predecessors were criticized for doing too little, too late in the early days of the virus outbreak.

The COVID-19 pandemic has highlighted the need for speedier decision-making, smooth coordination among government entities and local governments, and better risk communication.

The envisaged structural revamp comes as a government expert panel reviewing Japan's COVID-19 response took issue with a lack of preparedness in normal times for an infectious disease emergency, noting that the country was slow in boosting testing capacity and the medical system has been stretched thin at times.

In recent weeks, the country's coronavirus infection situation has been stabilizing and daily life has been normalizing.

Japan has decided to reopen its doors to foreign tourists, albeit gradually with packaged tours, with an eye to relaxing its COVID-19 border controls further in stages.

"The infection situation varies from region to region, and we are still in a phase of vigilance," Kishida said.

The government will carefully assess infection trends for the rest of June before expanding nationwide the scope of tourism-boosting steps, currently taken on a regional basis, in early July. They include discounts on hotel stays and coupons.