Japan on Friday resumed visa procedures to accept foreign tourists, taking the first step toward increasing inbound tourism to help turn around its economy as worries about the COVID-19 pandemic wane.

The government is initially limiting eligible tourist arrivals to guided tours from 98 countries and regions deemed as having the lowest risk of infection, including the United States, Britain, China, South Korea, Indonesia and Thailand.

Authorities expect full-scale arrival of tourists to start around late June at the earliest as it takes several days at least to complete necessary procedures such as entering applicants' information in a registration system. 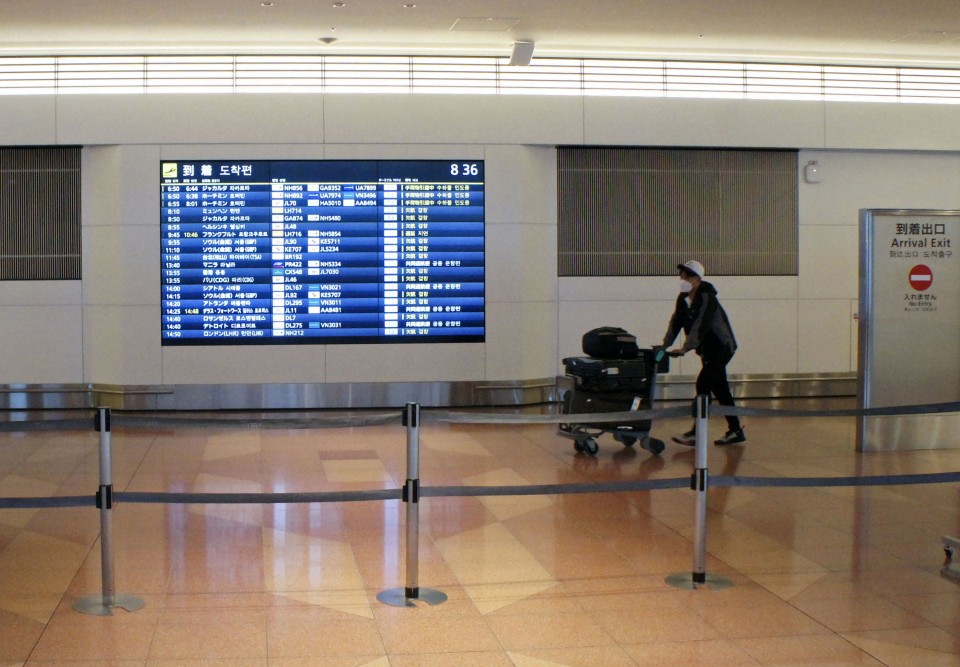 The arrival lobby at Haneda airport's Terminal 3, which serves international flights, is pictured on June 10, 2022. (Kyodo)

The easing of entry restrictions follows a step by Japan on June 1 to double its cap on daily arrivals to 20,000 and allow most to forgo COVID-19 tests and quarantine periods. The guided tour participants will be included in the arrival quota.

Since March, Japan has been gradually easing the rules, giving priority to foreign residents, businesspeople, students and returning Japanese citizens among others, while barring the entry of tourists.

"We will make efforts to restore tourism demand by balancing anti-virus measures, and social and economic activities," transport and tourism minister Tetsuo Saito told a press conference Friday, adding the first group of tourists is expected to arrive next week at the earliest.

Still, it may take some time before Japan reopens its borders to individual tourists as the government remains wary of a potential resurgence of infections, particularly as the country prepares for a House of Councillors election expected next month.

Under guidelines compiled ahead of the resumption of travel for tourism, Japan asks foreign tourists to wear face masks and take out insurance to cover medical expenses in the event that they contract COVID-19.

Travel agencies will explain that they may not be able to take part in tours unless they follow the procedures.

Tourists need their travel agencies to enter their travel information such as names, passport numbers and their place of stay on the country's immigration registration website before applying for and obtaining visas, which is expected to take five days or longer.

Major travel agencies such as JTB Corp. expect the first overseas tourists to arrive sometime between late June and early July as it will take some time to train employees and prepare for tours in a way that meets the new guidelines.

The government recently said wearing face masks is not always necessary outside, and it recommends people remove masks when they are more than 2 meters from another person, given the heat and humidity of the coming months and the increased risk of heatstroke.

The agencies will keep records of the tours, including places visited and where tourists sat on public transportation, and participating tourists found infected with the novel coronavirus will be taken to medical institutions swiftly.

The guidelines were announced Tuesday after Japan conducted test tours for inbound travelers from the United States, Australia, Singapore and Thailand. The Thai group's tour was suspended after a participant tested positive for the virus.

At Haneda airport Friday, a 46-year-old Brazilian man who came to Japan on a business trip to buy car parts, said he welcome Japan's policy change.

"Japan's antivirus measures are thorough. I want to come back here for sightseeing with my family on vacation," he said.

An official at an airline company said, "The two years of headwinds may finally be over."

Before the pandemic, Japan had set a target for 40 million foreign visitors in 2020 when it was originally scheduled to host the Olympic and Paralympic Games, which were postponed for a year.

The estimated number of foreign visitors to Japan in April was down 95.2 percent from the same month in the pre-pandemic year of 2019 at 139,500 people, according to government data released in May.

Business leaders have called on the government to gradually reopen to inbound tourists to help revive the pandemic-hit economy, and Prime Minister Fumio Kishida has given assurances that Japan will ease border controls "in stages" to bring them on par with other Group of Seven nations.

Naha and New Chitose airports, gateways to popular tourist spots in Okinawa and Hokkaido, will resume accepting international flights by the end of June. Currently, five airports, including Narita, Haneda and Kansai airports, can accept planes from abroad. 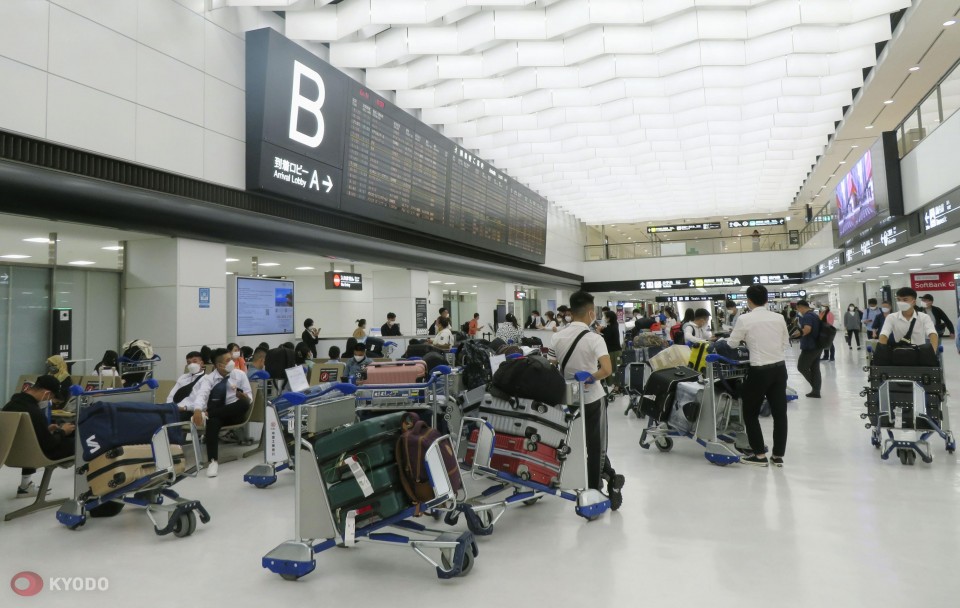 Photo taken on June 1, 2022, shows an arrival lobby for international flights at Narita airport in Chiba Prefecture, near Tokyo. (Kyodo)