Shohei Ohtani threw six shutout innings and extended his hitting streak to 11 games Thursday to lift the Los Angeles Angels to a 4-1 win over the Seattle Mariners.

Delivering another sterling two-way performance, the reigning American League MVP struck out six, limited Seattle to three hits and a pair of walks and batted 2-for-4 as the designated hitter. 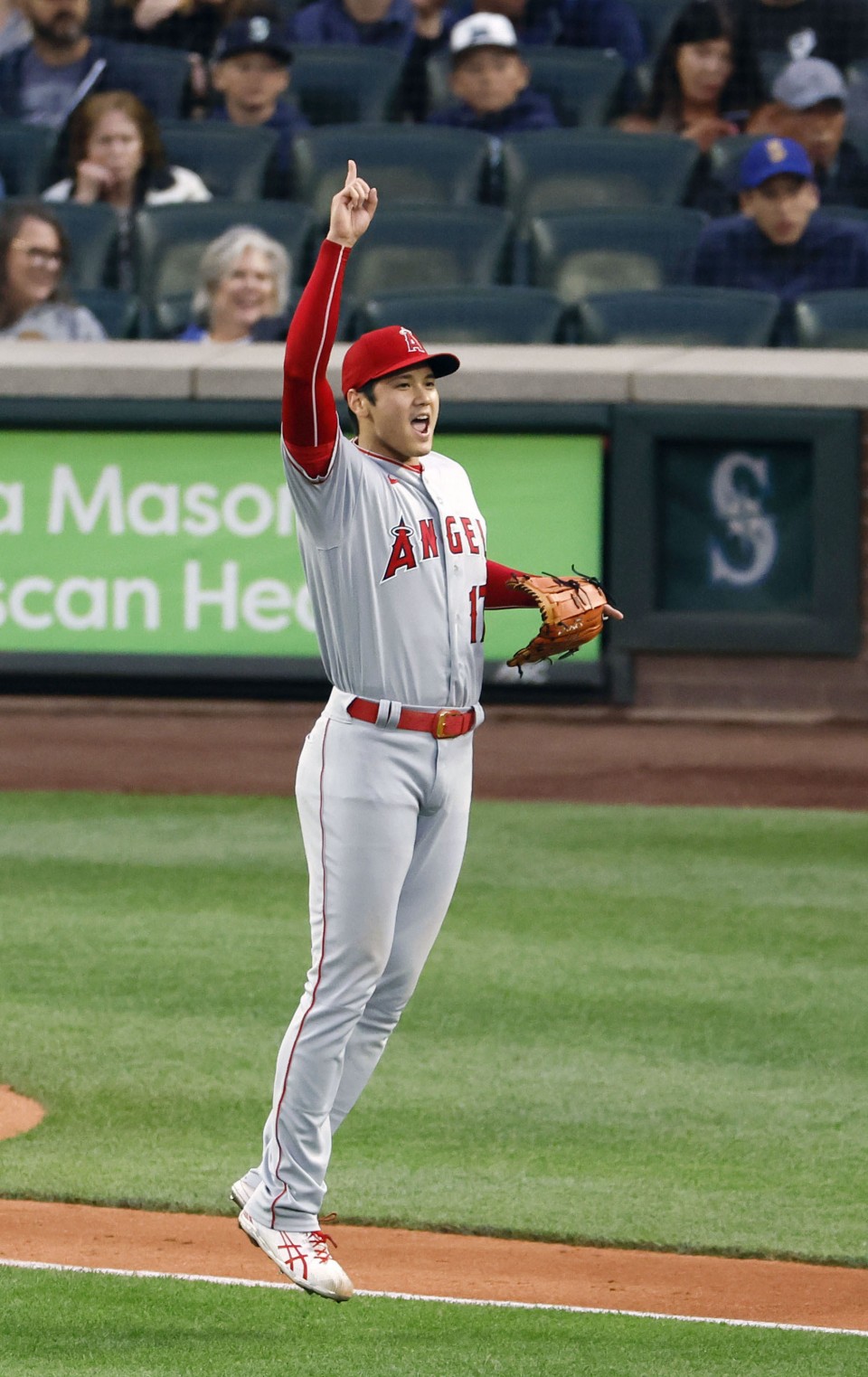 He tied his personal-best hitting streak in the majors with singles in the third and fifth for the Halos, who snapped a three-game skid at Seattle's T-Mobile Park.

Ohtani said he somehow overcame the effects of the middle-of-the-night flight to Seattle. 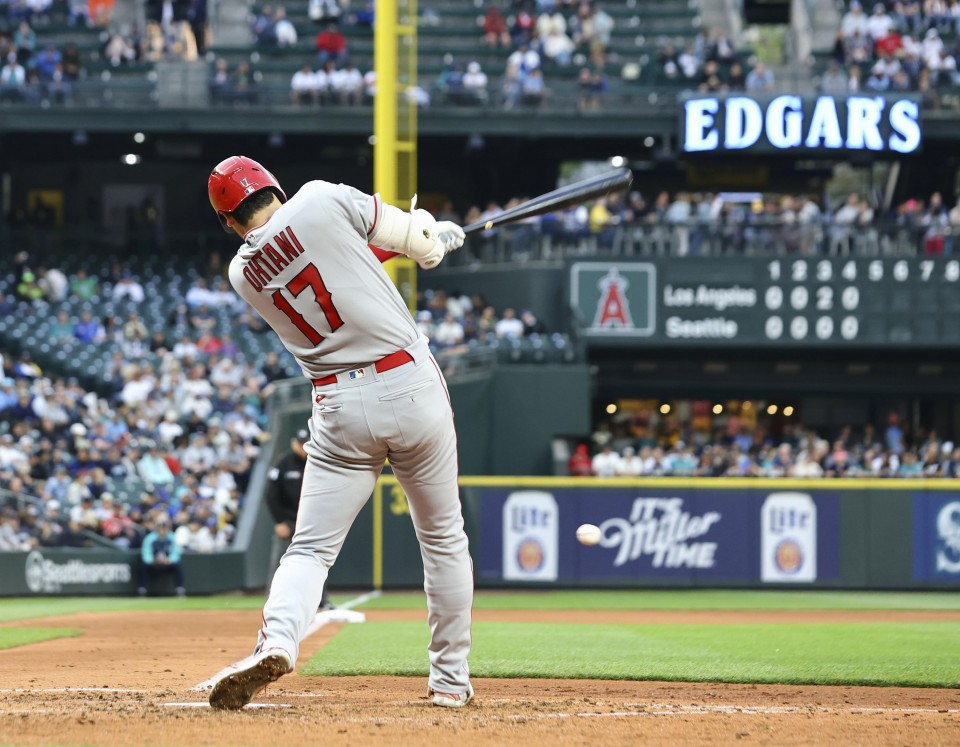 Shohei Ohtani of the Los Angeles Angels hits a single in the fifth inning of a baseball game against the Seattle Mariners on June 16, 2022, at T-Mobile Park in Seattle. (Kyodo) ==Kyodo

"Physically, I went into the game not feeling all that great due to our travel schedule," he said.

"But I still got a lot of movement, and when I missed in the zone, those pitches only got fouled off. That's how good my stuff was."

Ohtani (5-4) only allowed Mariners runners into scoring position once, with two out in the first, but was able to get himself out of trouble. Following a wild pitch that saw runners advance to second and third, he drew a groundout from Cal Raleigh to end the inning. 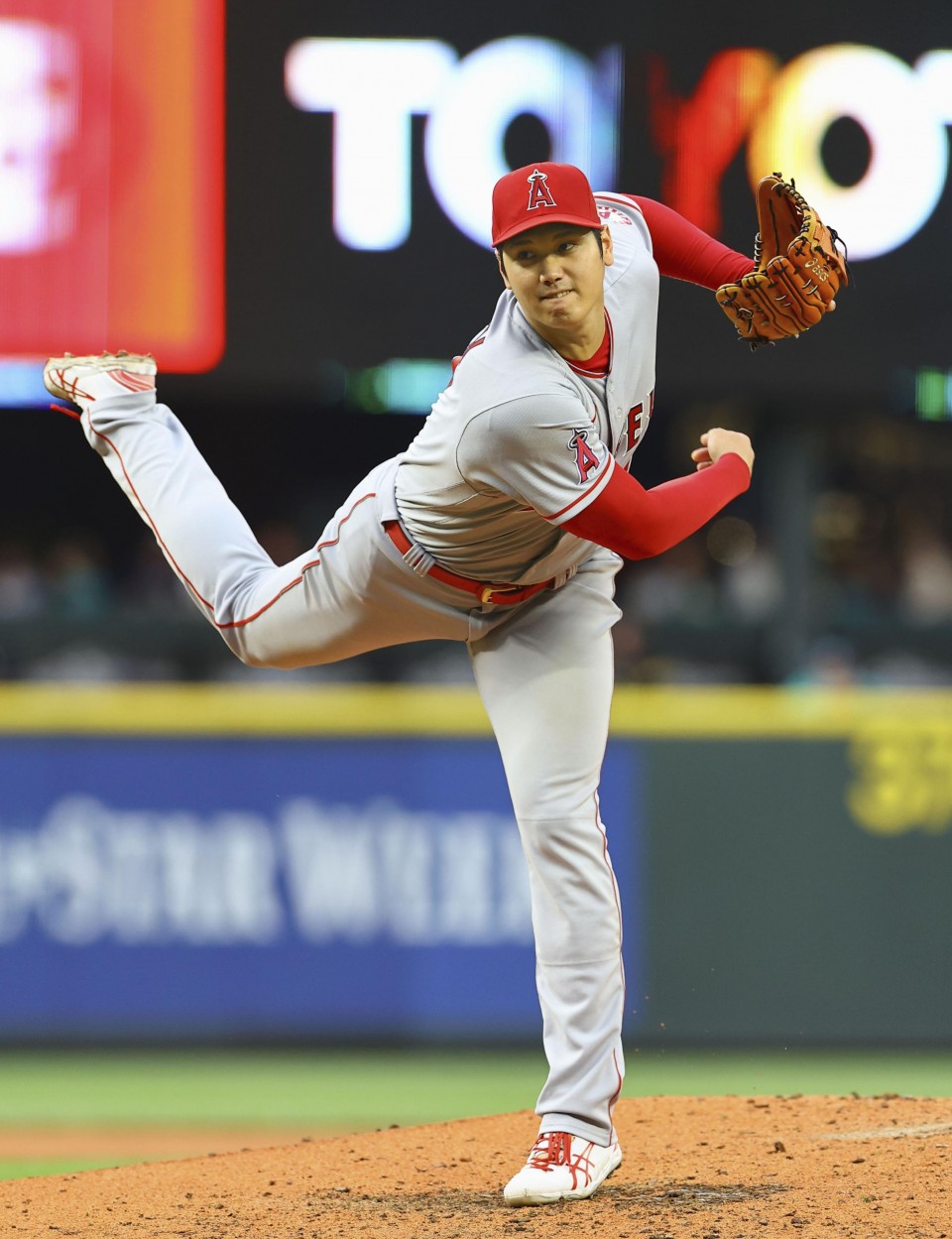 With his four-seam fastball working, the 27-year-old right-hander threw 1-2-3 innings in the third and fifth before exiting at the end of the sixth.

The win follows Ohtani's outstanding two-way showing in his previous start on June 9, when he pitched a gem and hit a three-run homer as the Angels ended their franchise-worst 14-game losing streak against the Boston Red Sox.