Shohei Ohtani went 3-for-4 with a home run, three runs and three RBIs, while Mike Trout blasted a pair of long bombs and Jared Walsh hit for the cycle Saturday as the Los Angeles Angels overpowered the New York Mets 11-6, knotting their series 1-1.

Andrew Velazquez also cleared the fence, while Michael Lorenzen (6-3) threw 6-1/3 innings of one-run ball for the Halos, who bounced back emphatically from their 7-3 loss in Friday's interleague series opener at Angel Stadium. 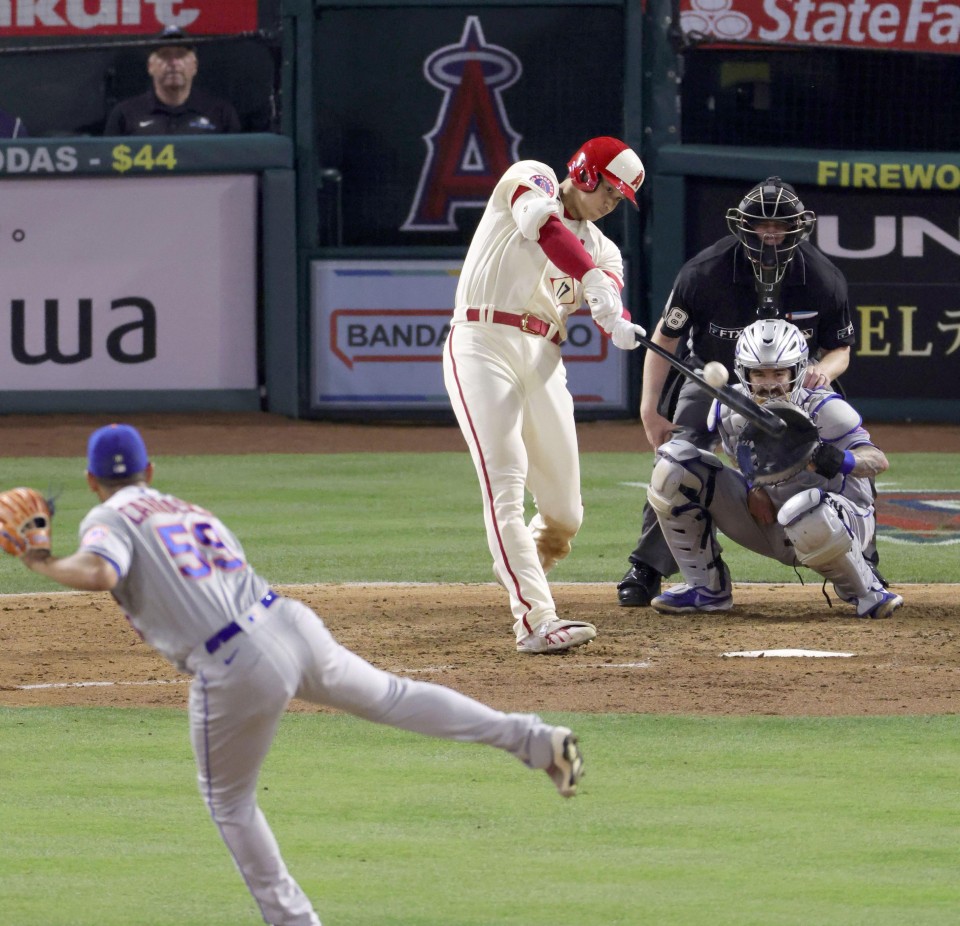 Shohei Ohtani of the Los Angeles Angels hits a two-run home run off Carlos Carrasco of the New York Mets in the fifth inning of a baseball game at Angel Stadium in Anaheim, California, on June 11, 2022, his 13th homer of the season. (Kyodo) ==Kyodo

Batting third in the lineup as designated hitter, Ohtani put his team on the board in the first, scoring Brandon Marsh with a long double off right-hander Carlos Carrasco (7-2) that extended his hitting streak to eight games.

The reigning American League MVP took third base as the visitors attempted to throw Marsh out at home plate, then scored on Anthony Rendon's double.

Trout made it 3-0 with his solo bomb in the third, bringing his tally to 15 for the season. Ohtani followed with a single but was eventually thrown out trying to score on Walsh's single.

Ohtani launched homer No. 13 off his first pitch in the fifth, going deep to right for a two-run shot shortly before Walsh's double prompted the hook for Carrasco. 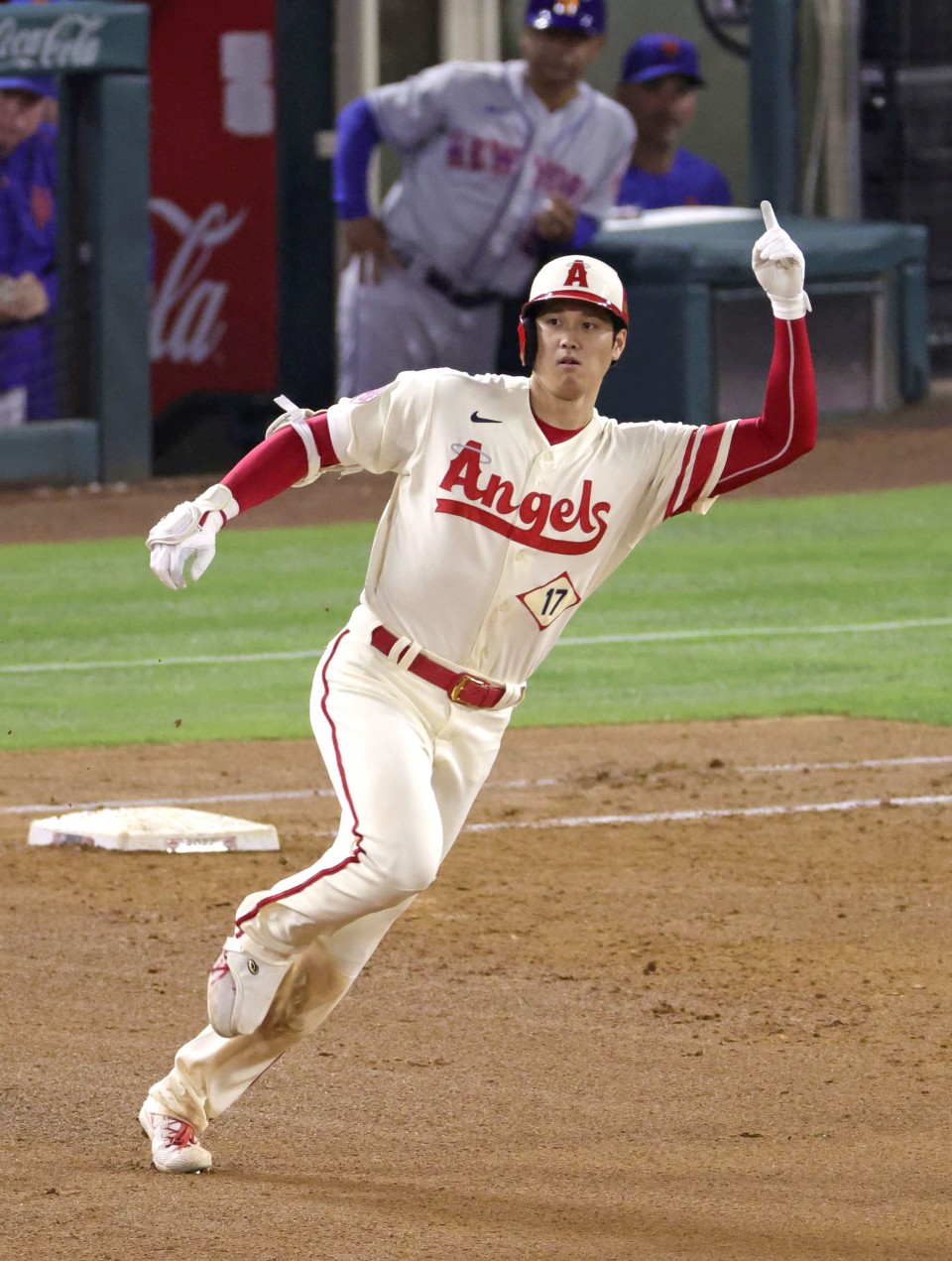 Shohei Ohtani of the Los Angeles Angels rounds the bases after hitting a two-run home run in the fifth inning of a baseball game against the New York Mets on June 11, 2022, at Angel Stadium in Anaheim, California. (Kyodo) ==Kyodo

The Angels added three more in the sixth on Velazquez's solo bomb and Trout's two-run homer to go up 8-0.

Walsh homered in the seventh and completed the cycle with his triple in the eighth, scoring Tyler Wade and Ohtani, who had reached on an intentional walk.

Walsh's cycle was the ninth all-time by an Angel and the first since Ohtani's, in 2019 against the Rays, according to MLB.com.

Mets outfielder Khalil Lee belted a three-run homer against right-hander Oliver Ortega as the National League side narrowed the deficit by scoring four in the ninth.

The win was just the second from the past 17 games for the 29-32 Angels, who ended a franchise-worst 14-game skid Thursday in a 5-2 victory over the Boston Red Sox sparked by Ohtani's outstanding two-way performance.