Shohei Ohtani went 1-for-4 as the Los Angeles Angels succumbed 7-3 to the New York Mets on Friday, a day after snapping their franchise-worst 14-game losing streak.

Ohtani, whose two-way excellence helped the Halos end their skid Thursday in a 5-2 win over the Boston Red Sox, extended his hitting streak to seven straight games in the interleague series opener against the Mets. 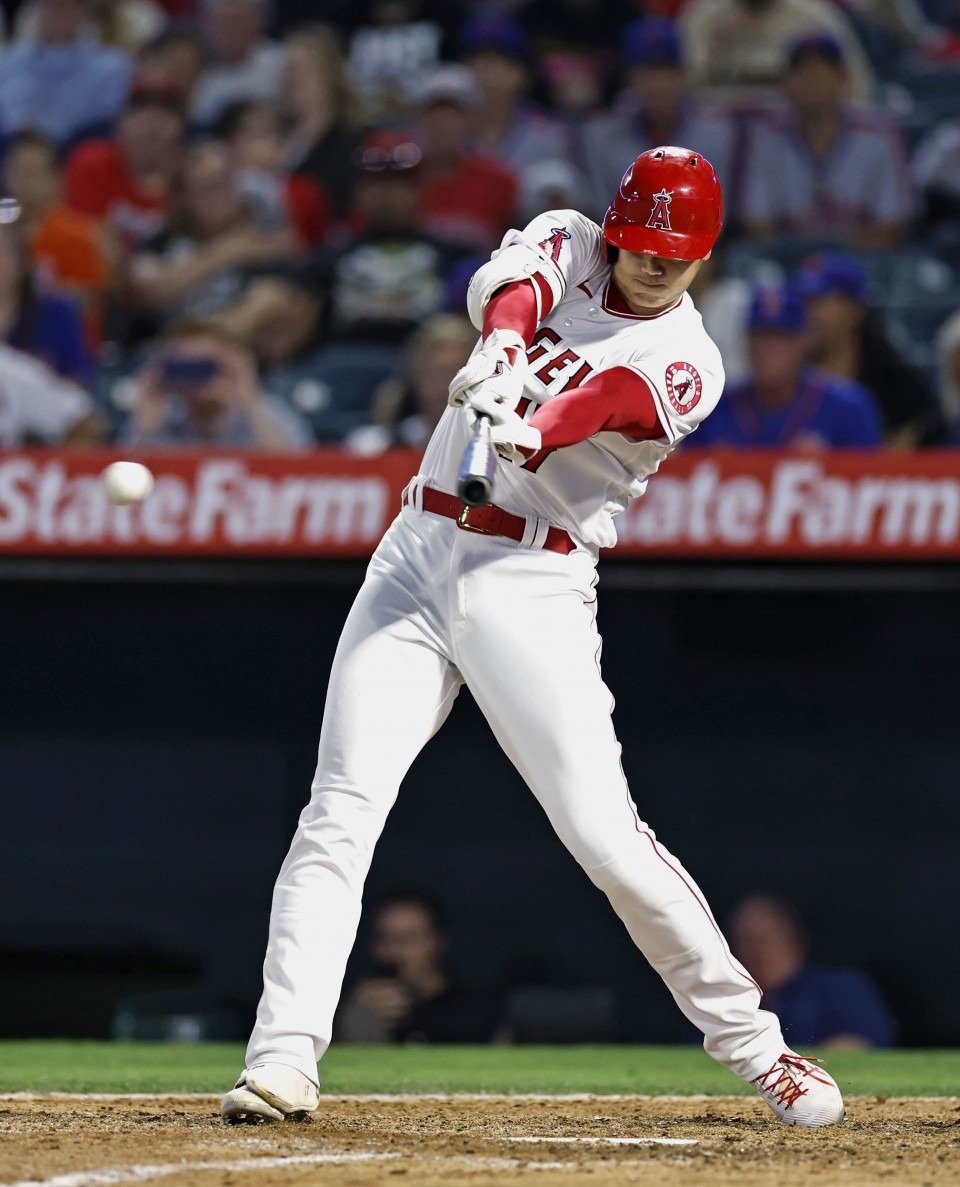 Shohei Ohtani of the Los Angeles Angels hits a single in the fifth inning of a baseball game against the New York Mets on June 10, 2022, at Angel Stadium in Anaheim, California. (Kyodo)

With the Angels trailing 4-2 in the fifth at Angel Stadium, Ohtani singled with two outs before being stranded on second.

The Mets opened up with three runs in the second before Brandon Marsh put the Angels on the board with a two-run homer in the bottom of the inning.

Brandon Nimmo gave the Mets a 4-2 lead with his solo homer in the fourth, and the National League side put the game out of reach with another three-run rally in the sixth.

Elsewhere in the majors, the Chicago Cubs' Seiya Suzuki remained on the injured list with a sprained left ring finger and missed his team's 2-1 loss to the New York Yankees.