Former artistic swimming star Mikako Kotani wants to protect women in sports from being exploited in sexualized images as a service both to her younger self and to the female athletes still being judged by the way they look on camera.

The 55-year-old, who led the Tokyo Olympic organizers' push to promote gender equality, was too naive at the time to know she was a victim herself of such imagery but today she envisions a society where women's strength can be appreciated for what it is. 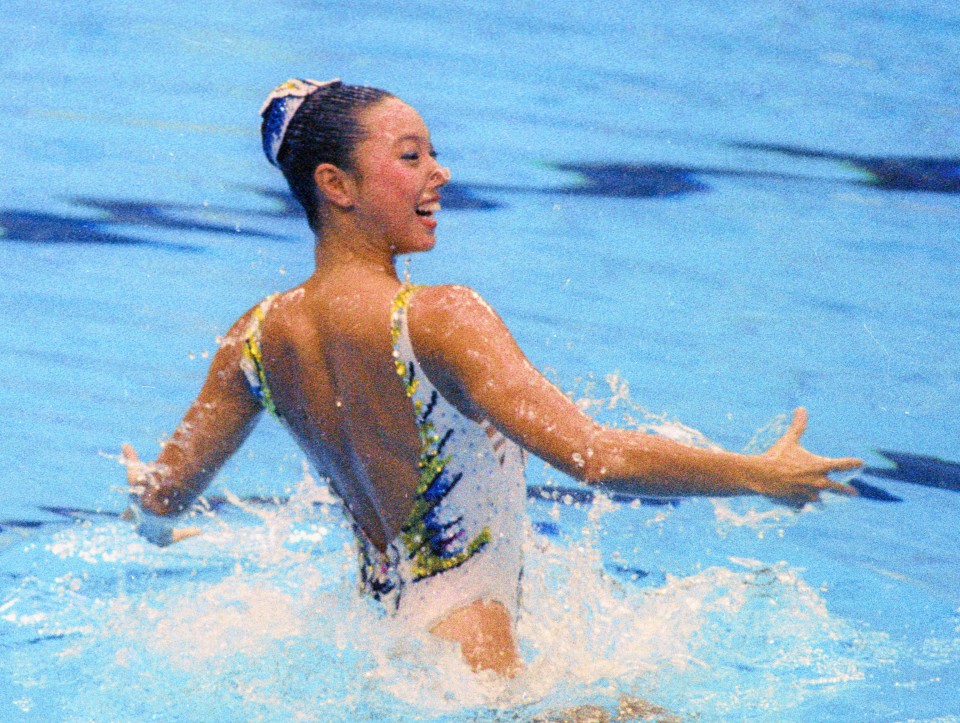 "When I was in my teens a photo of me in a white bathing suit with legs out of the water hit the cover of a magazine, and I was surprised that it sparked a public debate," Kotani told Kyodo News in a recent interview.

"Back then I was just happy synchro swimming was on the cover, but later I realized there are people who look at it that way (as a sexual image)," she said.

Aquatics' governing body FINA changed the name of the sport from synchronized swimming to artistic swimming in 2017.

Kotani's artistic swimming credentials include two Olympic bronze medals -- in the solo and duet events -- at Seoul in 1988, when she was Japan's first female opening-ceremony flag bearer. She also has three medals from the 1986 and 1991 world championships.

She was Japan's national champion in solo artistic swimming from 1987 to 1990, and managed the same in duet from 1985 to 1988. She retired in 1992 at the age of 26 and moved into leadership positions in the sport industry.

Kotani said one of the legacies of the Tokyo Games is the introduction of measures aimed at preventing female athletes from being photographed in a sexualized manner during competition. 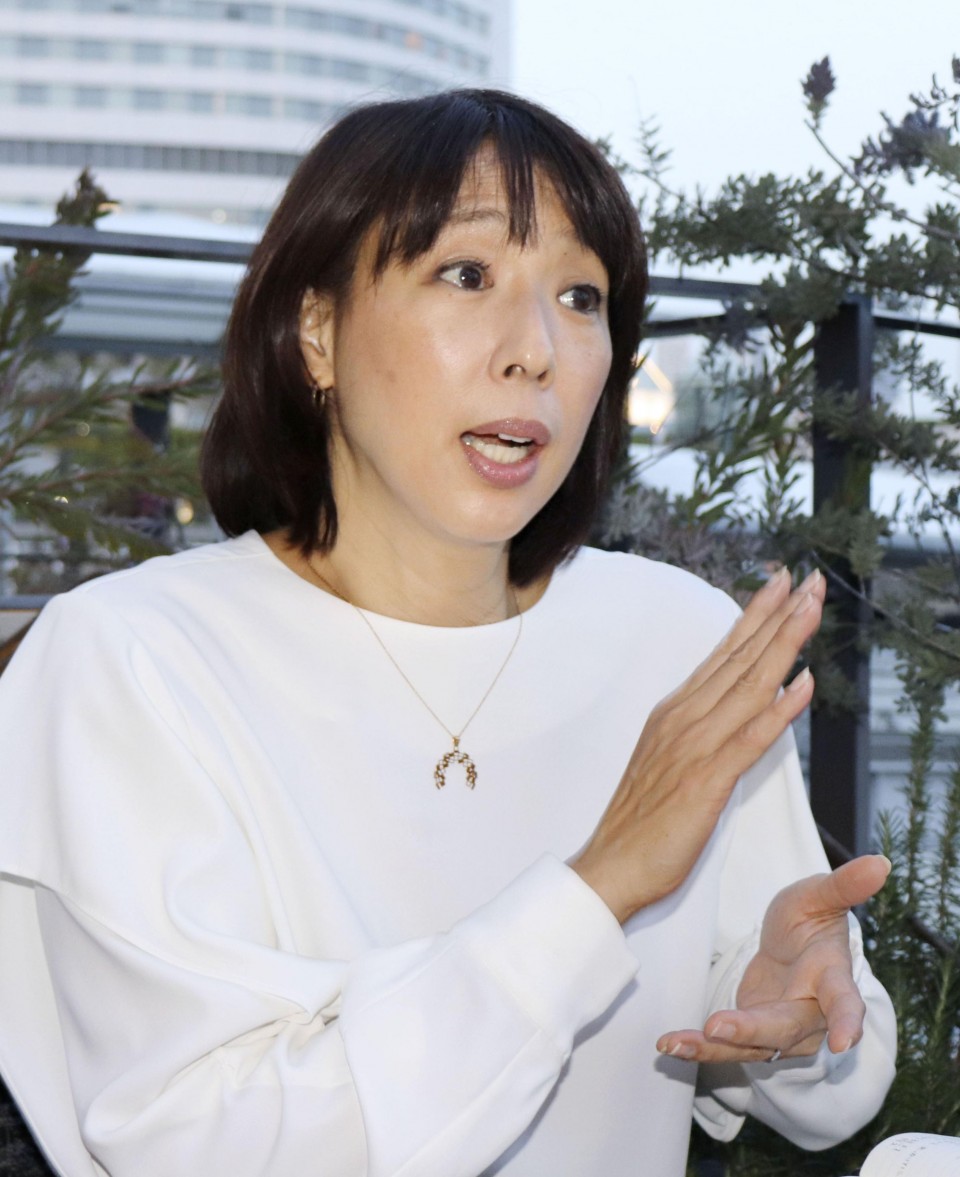 Mikako Kotani, who led the Tokyo Olympic organizers' push to promote gender equality, speaks during an interview in Tokyo on April 25, 2022. (Kyodo)

Though only small numbers of spectators were allowed into competition venues because of the coronavirus pandemic, people were warned about taking photographs for sexual purposes upon entry.

"We had the right to check images that were deemed suspicious and ask people to delete them. It was good the rule was clear that violators would be ejected. Athletes perform better when they feel they are in a safe environment," she said.

The May 2021 arrest of a man who shared titillating pictures of female athletes on sexual and pornographic platforms online without their consent increased public awareness of the objectification of female athletes, Kotani said.

It was the first time Japanese police built a case over such a problem.

At the Tokyo Olympics, female athletes campaigned for gender rights, with the German women's gymnastics team wearing full-body unitards instead of traditional bikini-cut leotards to protest the sexualization of women in the sport.

"I was impressed at how they took action to empower female athletes and promote values through sport, rather than just thinking about how to win or perform well competitively," Kotani said.

Back in the day, sexism was so entrenched within the institution of sport that it was rarely even perceived at a conscious level, and if detected, most considered change impossible because "that's just the way things were," according to Kotani.

But times have changed, and female athletes have found their voices. They have started to speak out to make it easier for the next generation, and Kotani is doing her part to support them by making sure their voices are heard. 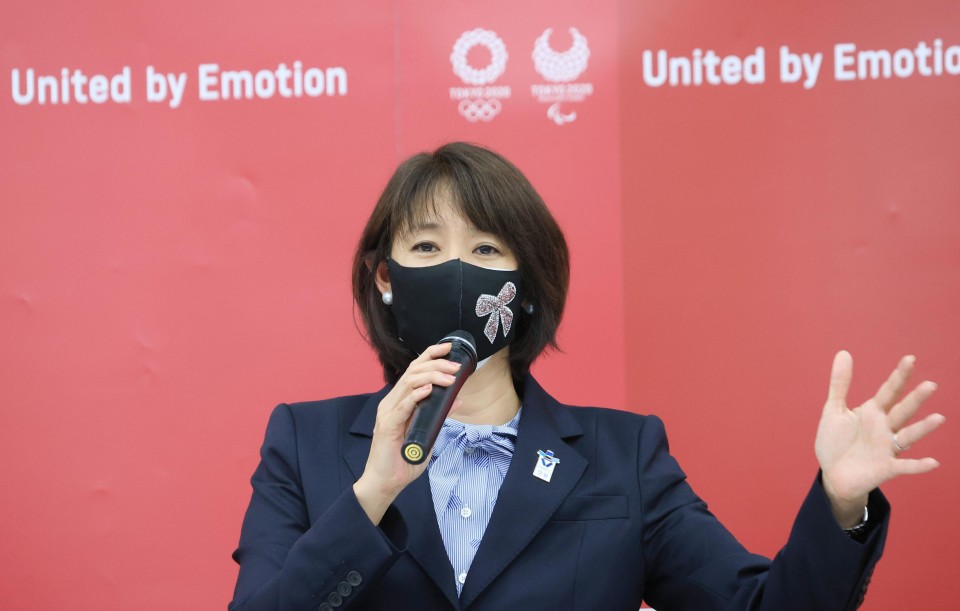 But she said it is still difficult for women to find a place for femininity in the sporting arena while preventing their images from being misused, and for them to be recognized for their athletic achievements rather than their sex appeal.

"Some people who take pictures of (female) athletes are pure sports fans, and not everything we were able to do during the Tokyo Olympics we can do at local events. Sporting organizations have to find creative ways to stop covert photography," Kotani said.

"I hope our efforts at the Tokyo Olympics improve Japanese society and lead to a better future. Our work only becomes meaningful when that happens."