The Tokyo Olympics and Paralympics stakeholders vowed to make this summer's games "a landmark in gender equality on and off the field of play" in a joint statement released Monday, International Women's Day. 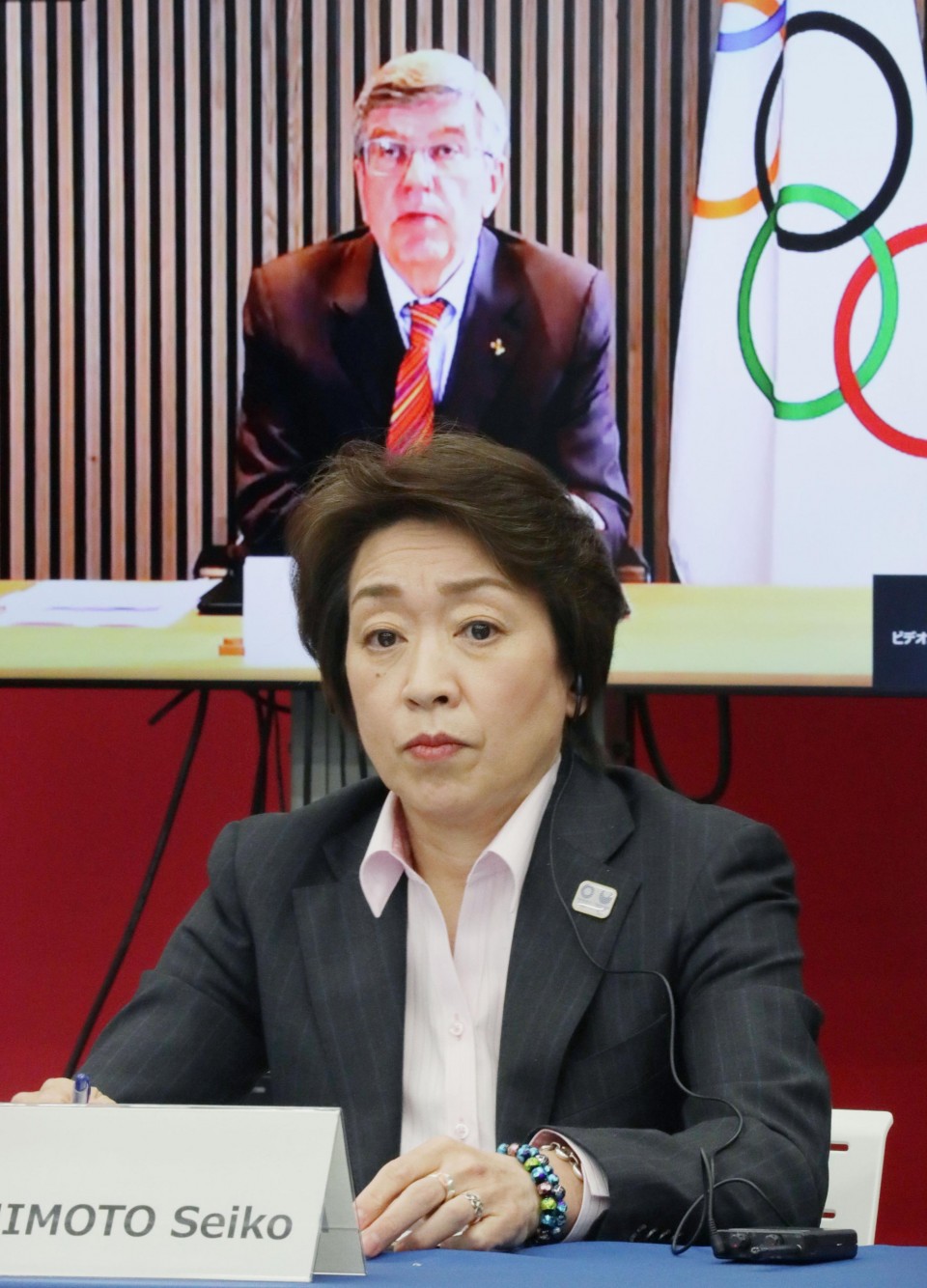 Photo taken March 3, 2021, in Tokyo shows Seiko Hashimoto (front), president of the Tokyo Olympic and Paralympic organizing committee, participating in a teleconference of the heads of five organizing bodies for the Tokyo Games, including International Olympic Committee President Thomas Bach (back). (Kyodo)

The statement noted that the Tokyo Olympics will be "the first gender-balanced games in history" with 49 percent of athletes set to be women.

At least 40.5 percent of the Tokyo Paralympic athletes will be women, it added, reiterating the stakeholders' commitment to making the games help pave the way for "a more equal and inclusive society."

Hashimoto, who replaced Yoshiro Mori as president of the organizing committee last month after his sexist remarks drew criticism, acted quickly to increase the size of its executive board and raise the percentage of women to 42.

"The active participation of women will lead to the creation of a prosperous, vibrant and sustainable society," said Olympic Minister Tamayo Marukawa, who assumed the role from Hashimoto.