The two-way superstar led off the first inning with a high fly ball off lefty Cole Irvin (2-2) that soared 135 meters over center field at Angel Stadium.

He finished 2-for-5, while Mike Trout added a solo shot in a 3-for-4, two-RBI night, to help Angels starter Patrick Sandoval (3-1) get the win.

The southpaw struck out seven and allowed four hits over 7-1/3 innings for the Angels, who won the final two games of the series following a four-game skid. 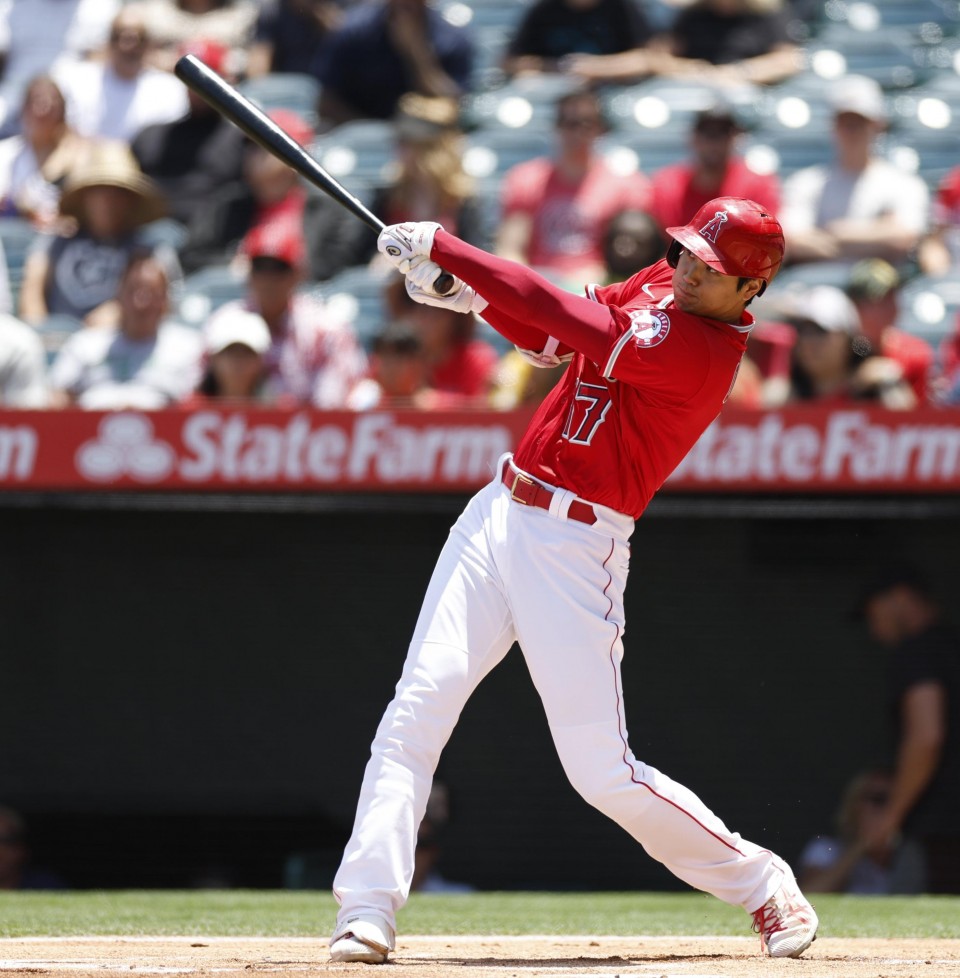 Shohei Ohtani of the Los Angeles Angels hits a home run in the first inning of a baseball game against the Oakland Athletics on May 22, 2022, at Angel Stadium in Anaheim, California, the 150th home run of his career both in Japan and the United States. (Kyodo) ==Kyodo

Ohtani's long bomb was his ninth of the year and 102nd since his 2018 Major League Baseball debut, adding to the 48 he hit in Nippon Professional Baseball as a member of the Pacific League's Nippon Ham Fighters.

He became just the third Japanese player, after Hideki Matsui and Ichiro Suzuki, to hit 100 MLB home runs, reaching the milestone against the A's on May 14.

Elsewhere in the majors, Yoshitomo Tsutsugo belted a ninth-inning solo home run for the Pittsburgh Pirates, who took their third straight loss 18-4 against the St. Louis Cardinals.

Yusei Kikuchi (2-1) made his eighth start for the Toronto Blue Jays, getting no result as his team fell 3-2 to the Cincinnati Reds. The former Seibu Lions ace struck out seven, while allowing two runs on two hits and three walks over 4-1/3 innings.

Seiya Suzuki went 1-for-4 for the Chicago Cubs, who stopped a four-game skid by beating the Arizona Diamondbacks 5-4.