Renowned Ukrainian singer Tina Karol on Monday highlighted the importance of "cultural frontlines" as she called for the world to continue supporting her country against Russian aggression.

"Ukraine is right now having its identity shaken by Russia," the 37-year-old performer said through an interpreter at the Foreign Correspondents' Club of Japan in Tokyo. "My weapon is language and music." 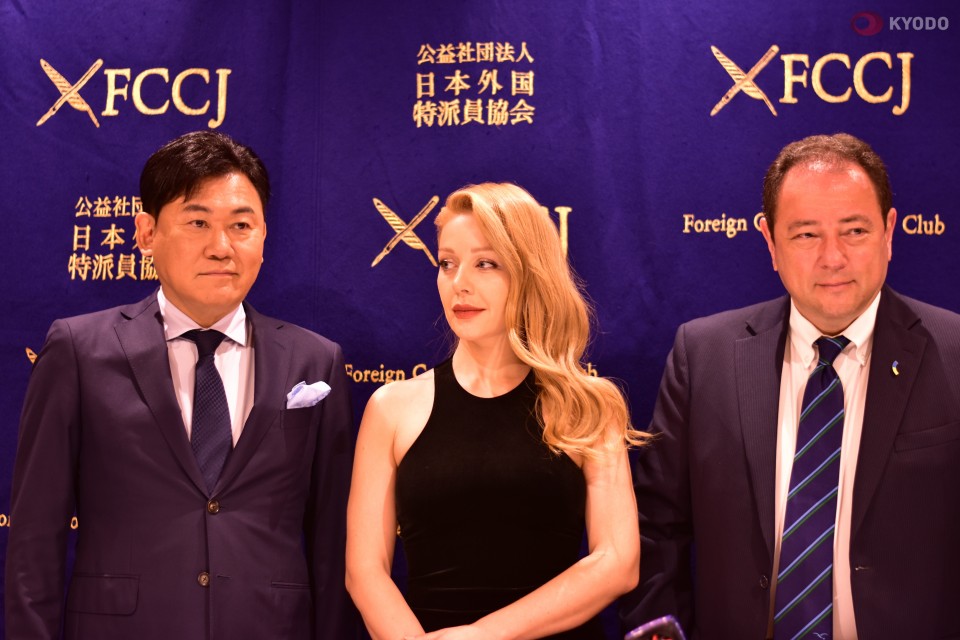 Karol, who has been holding special concerts around the globe to raise awareness about the plight of the Ukrainian people, arrived in Japan on May 10 upon invitation by e-commerce giant Rakuten Group Inc. chairman and CEO Hiroshi Mikitani.

"This is not just a military war...this is war on information and communication as well," said Mikitani at the press conference also attended by Ukrainian Ambassador to Japan Sergiy Korsunsky.

Mikitani, who first met Karol and Ukrainian President Volodymyr Zelenskyy during a business trip in 2019, announced in February that he would make a personal donation of 1 billion yen ($7.8 million) to the Ukrainian government for humanitarian assistance.

During her weeklong visit through Monday, Karol performed at a charity event hosted by Rakuten and also met with Prime Minister Fumio Kishida, to whom she expressed her gratitude for Japan's support, as well as Hiroshima Gov. Hidehiko Yuzaki. 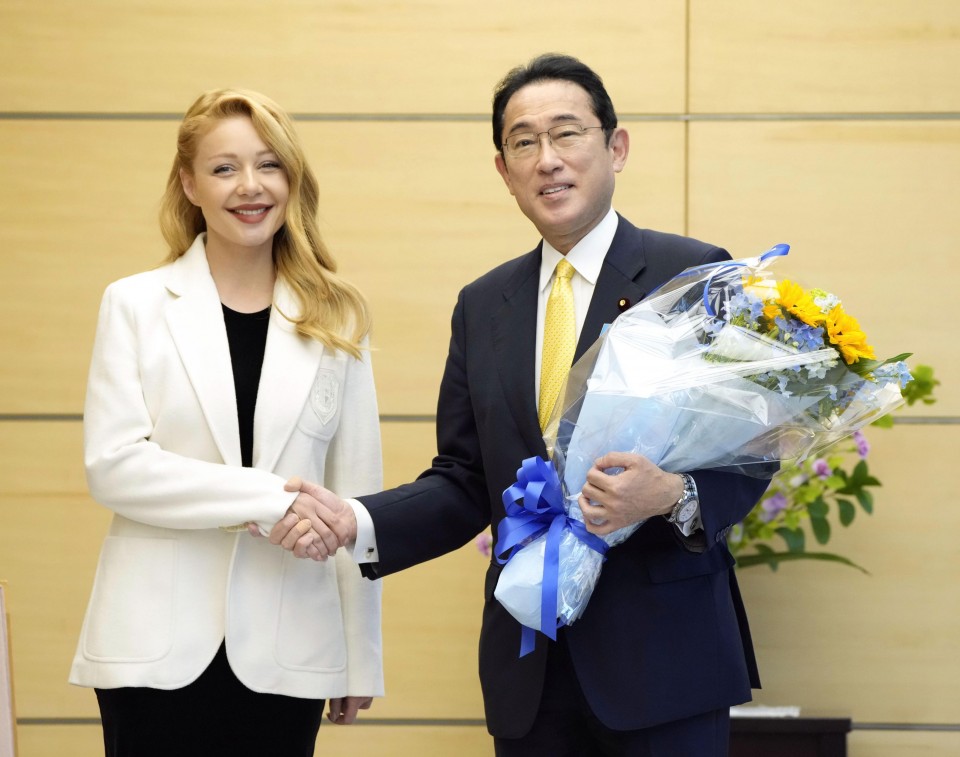 Praising the resilience of the Japanese people, who rebuilt their country after the devastation of World War II, Karol said Ukrainians would "work day and night" to do the same. 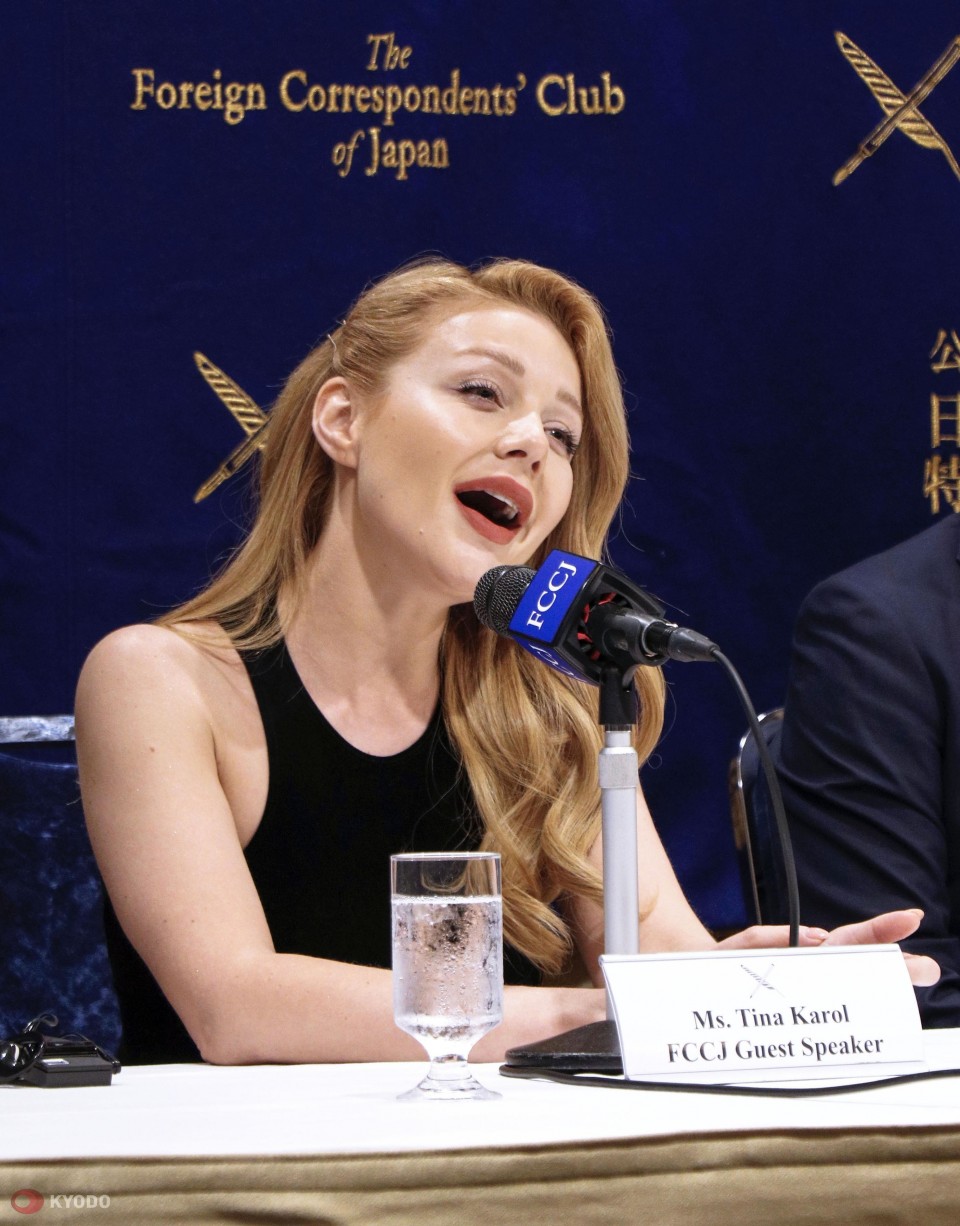 Tina Karol sings a Ukrainian lullaby during a press conference at the Foreign Correspondents' Club of Japan in Tokyo on May 16, 2022. (Kyodo)

"Ukraine will win and we will rebuild our country," she said, adding, "We will not give our territory to anyone."

Karol called for the people of Russia to keep protesting against the war, saying "remaining silent is equal to being complicit."

"If there are no demonstrations, there will be no change. Not for Ukraine, but for their own freedom, they have to fight," she added.

A former soloist of the Ukrainian armed forces, Karol is one of her country's most prominent singers, having represented Ukraine in Eurovision in 2006 and served as a star coach on "The Voice of Ukraine."

In 2020, she was bestowed the Order of Princess Olga, a state civil honor, by Zelenskyy for her service to the nation. She has also been awarded the title of People's Artist of Ukraine and received two of the country's highest music awards.