People in Beijing's biggest district of Chaoyang, where a large number of foreign expats live, tried to stock up on enough food on Monday amid mounting fears about a possible lockdown, as the Chinese capital began carrying out mass COVID-19 tests in the central area.

To curb the spread of the coronavirus in the city, the Communist-led government has ramped up its radical "zero COVID" policy, even though it has weighed on China's broader economy and frustrated its residents. 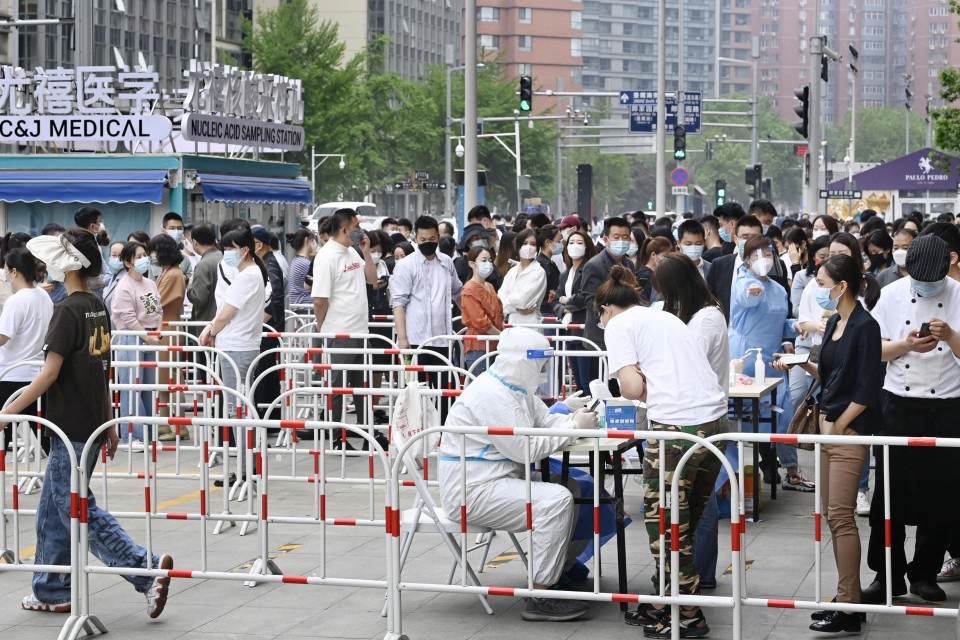 In Beijing, the number of daily new COVID-19 cases increased to 22 on Saturday from six on Friday, prompting local health authorities to strengthen anti-epidemic measures.

A large majority of embassies are located in Chaoyang, which has a population of around 3.5 million. On Monday, people in the district, which is also home to many offices of major companies, lined up at COVID-19 testing sites, as authorities required them to undergo a PCR test before heading to work.

Some Japanese companies in Beijing have requested their employees to work from home.

For the past few days, local people have been attempting to stockpile food and commodities, as they have become worried that Beijing may be locked down in the near future like China's commercial hub of Shanghai. 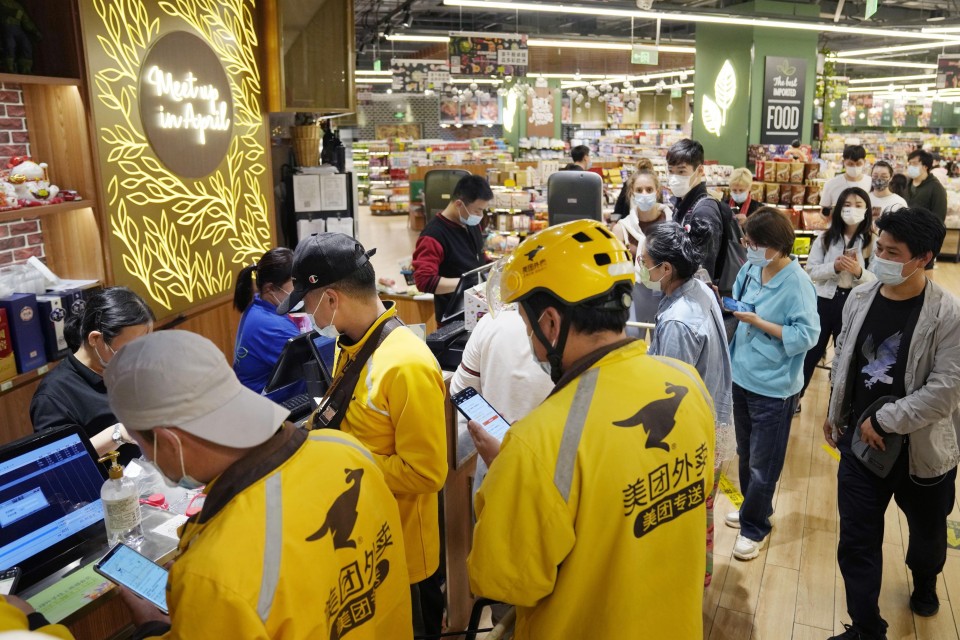 A supermarket in Beijing is crowded on April 24, 2022, with shoppers stockpiling food in fear of a possible lockdown after the Chinese capital announced it will beef up controls against COVID-19. (Kyodo) ==Kyodo

Parts of Shanghai, which has a population of more than 24.9 million, are still sealed and the movement of residents living in areas under lockdown has been strictly restricted with public transportation halted.

In Beijing, some residents have already been compelled by the authorities to stay home until they are confirmed to be negative for the virus.

In Chaoyang, a Chinese woman in her 50s who purchased a large amount of vegetables, told Kyodo News that she had hoarded enough food to "last a month" as Beijing "might be locked down like Shanghai."

In an update of its World Economic Outlook report released in January, the International Monetary Fund said China's economic growth is set to slow to 4.8 percent in 2022 as the government's efforts to stem the virus may dampen consumption and investment.

China, however, has expressed resolve to continue its zero COVID policy, such as imposing lockdowns on cities when outbreaks occur and quarantining travelers from abroad, even following the end of the Beijing Winter Olympics and Paralympics earlier this year.

In China, speculation is rife that the ruling Communist Party will not ease the enforcement of the zero COVID policy until the end of its twice-a-decade congress in the fall, at which President Xi Jinping is set to secure a controversial third term as leader.

Rather than relaxing regulations, Xi's leadership could tighten them to trumpet its achievements in bringing the virus under control despite the spread of the highly contagious Omicron variant, foreign affairs experts said.

Across the country, a large number of Chinese are believed to be irritated by the all-encompassing constraints, now in place for more than two years.