Director Ryusuke Hamaguchi's "Drive My Car" won best international feature at the 94th U.S. Academy Awards in Los Angeles on Sunday, becoming the first Japanese film in 13 years to bag the prestigious Oscar for the category after having garnered a string of international accolades.

"We've got it," Hamaguchi said as he closed his speech by raising the Oscar statuette. The director earlier expressed his gratitude to the actors and others involved in the film, which was based on a short story of the same title by world-renowned Japanese author Haruki Murakami. 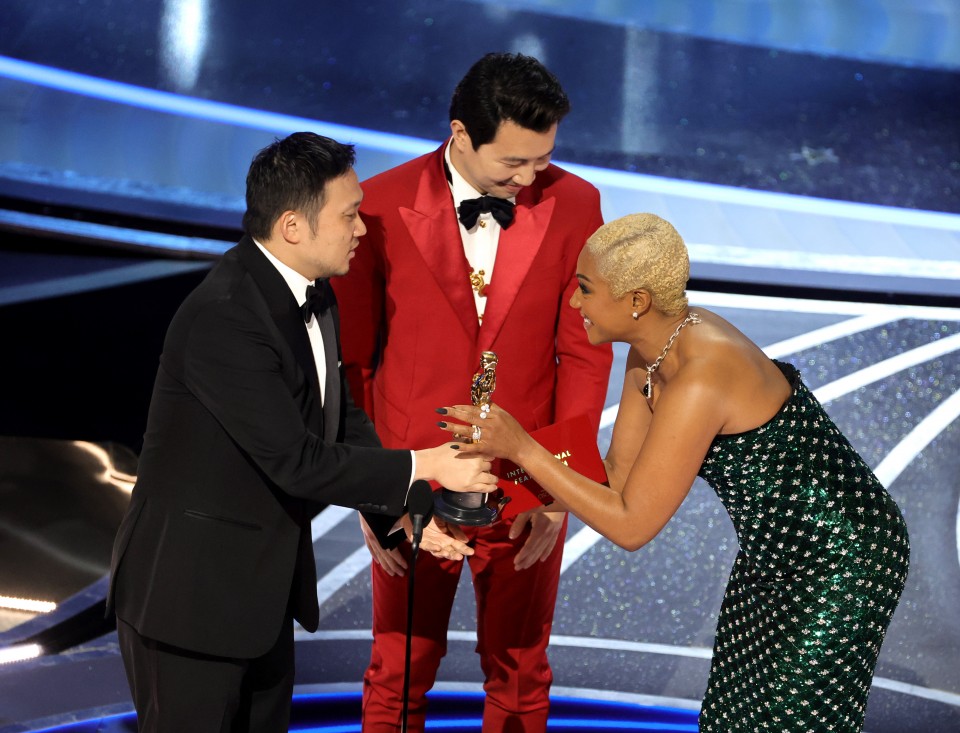 The film depicts a widowed stage actor and director negotiating waves of grief brought on by the sudden death of his wife and some associated unresolved questions. He finds solace in the company of a female chauffeur assigned to drive for him as he comes to terms with his loss.

"Drive My Car" became the fifth Japanese film to win the award, which used to be known as best foreign language film, after Yojiro Takita's "Okuribito" (Departures) in 2009.

After the ceremony, Hamaguchi said in an interview that the film resonated with the changes and times that people are living through as well as the deaths and loss caused by the coronavirus pandemic.

The film expanded on Murakami's "Drive My Car" by using elements of two of his other works in the same collection of short stories titled "Men Without Women."

Since winning an award for best screenplay in the famed Cannes film festival in July last year, the brooding three-hour-long drama has received about 90 awards in Japan and abroad.

"Drive My Car" missed out on the best picture Oscar, although it made history as the first Japanese film to be nominated for the category. It also missed best director and best adapted screenplay, with best picture won by "CODA" and best director awarded to Jane Campion for "The Power of the Dog." 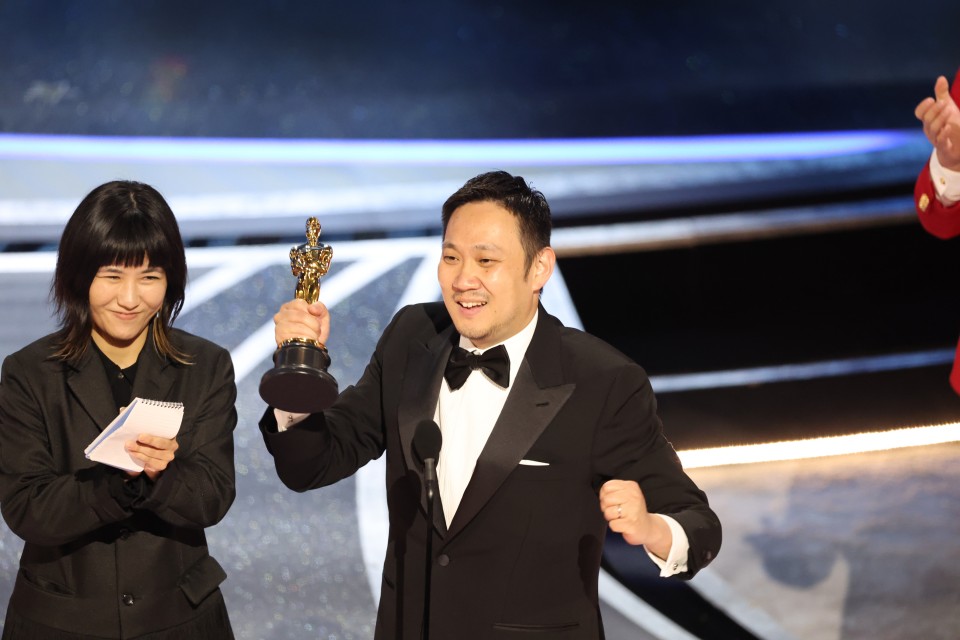 When the film was announced as the winner of the best international feature award, Hamaguchi, 43, hugged actors Hidetoshi Nishijima and Masaki Okada before going on stage. He looked at the statuette, saying, "Oh, you are the Oscar" and thanked the members of the Academy and those involved in the film, speaking mostly in English.

He congratulated the South Korean and Taiwanese actors and actresses that appeared in the movie as well as Japanese actress Toko Miura, who played the driver of the red Saab 900 hatchback but was not present at the ceremony.

Film industry people, who have been following Hamaguchi since his early days, watched the ceremony from a Tokyo theater and cheered and applauded when the win was announced.

"It's amazing (Hamaguchi is) in the same club as people like (Steven) Spielberg," said Takahiro Otsuki, the manager of a small theater that screened the film.

Takeshi Otaka, co-leader of theater K2, which currently features films directed by Hamaguchi, said, "I'm proud for the fact that it was nominated. I look forward to his next work."

Japan's top government spokesman Hirokazu Matsuno said, "We are very pleased and congratulate (those concerned) from our hearts. This is a historic accomplishment, and I would like to express my deep respect to everyone involved."

The other Japanese movies that have won the award in the Oscars are "Rashomon" by Akira Kurosawa in 1952, "Gate of Hell" by Teinosuke Kinugasa in 1955 and "Miyamoto Musashi" by Hiroshi Inagaki in 1956.

In the run-up to the Oscars, "Drive My Car" won the Golden Globe for best non-English language film in January and the British Academy of Film and Television Arts award for a film not in the English language in March.

Hamaguchi, who attended the award ceremony in London, said he feels honored that the film has crossed borders and language barriers to find an audience in Britain.

He also cited the "huge influence" of the Oscar-winning "Parasite," the 2019 South Korean dark comedy thriller directed by Bong Joon Ho, as having opened the door for Asian films.

Their characters are part of the storyline in which the film's protagonist is directing a multilingual stage play of "Uncle Vanya" by Russian playwright Anton Chekhov for a theater festival in Hiroshima in western Japan.

The triumph of "Drive My Car" reflects the degree of recognition Asian films now receive by the Oscars which have been criticized in recent years for lacking diversity.

Among other winners in this year's Oscars, deaf actor Troy Kotsur won best supporting actor for his role in "CODA." 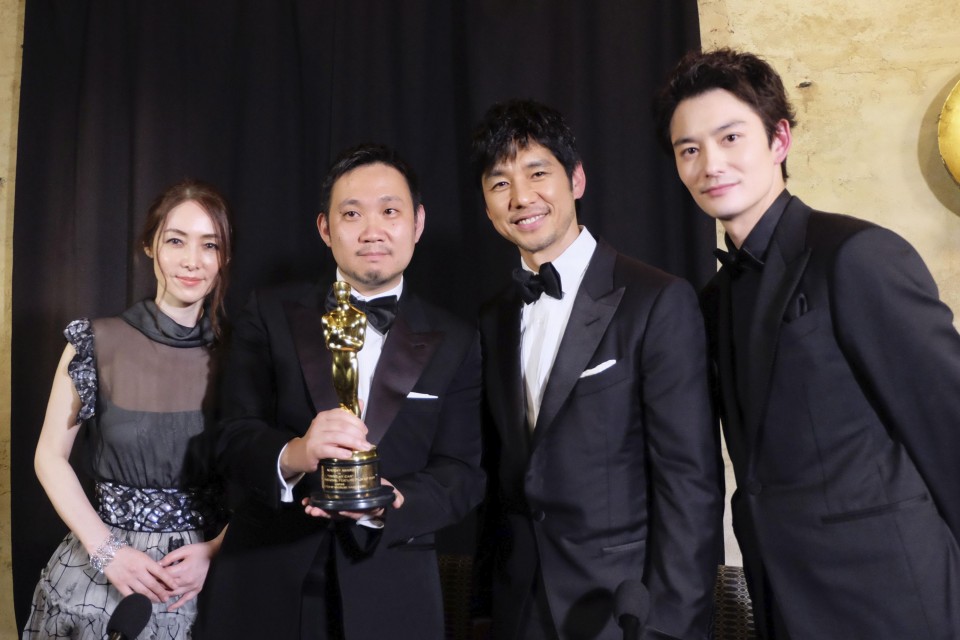