Japanese director Ryusuke Hamaguchi's "Drive My Car" won the British Academy of Film and Television Arts award for a film not in the English language on Sunday, its latest international accolade in the run-up to the Oscars.

The film, based on a short story of the same title by novelist Haruki Murakami, has been nominated in four Oscar categories including best picture, becoming the first Japanese film to land the prestigious Oscar nomination.

"Drive My Car" was also nominated for the best director and adapted screenplay awards at the London event, seen as one of the precursors for the Academy Awards slated for March 27 in the United States. 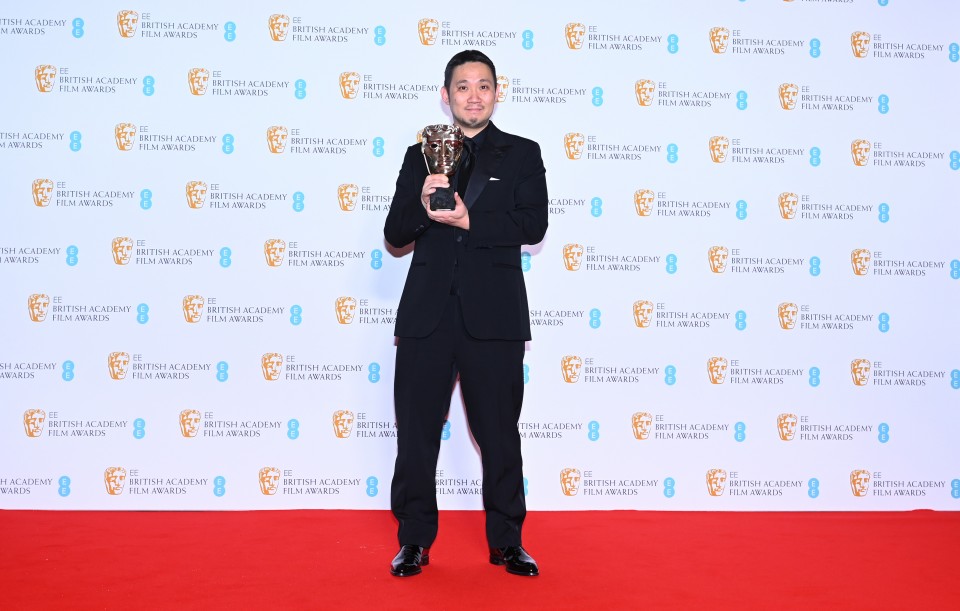 "Drive My Car" director Ryusuke Hamaguchi poses with the award for best film not in the English language at the British Academy Film Awards on March 13, 2022 in London. (Getty/Kyodo)

The brooding three-hour-long film centers on a widower who faces his grief and finds solace in the company of a female chauffeur after his wife dies suddenly and leaves behind unsolved questions.

The film won the Golden Globe for best non-English language film in January and the award for best screenplay at the Cannes Film Festival last year.

"I feel that the reason that this film has been accepted around the world is that the actors' performances and voices are credible," said Hamaguchi, 43, at a press conference after the award.

Hamaguchi said that international films have been received especially well in Britain and the United States recently, thanks to "the huge influence" of the 2019 South Korean movie "Parasite" that became the first non-English language film to win the Oscar for best picture.

"And we, the next generation of Asian films, are going through the door that 'Parasite' has opened," he said.