East Japan Railway Co. said Sunday it will take at least two weeks to remove a shinkansen bullet train that derailed as a result of a powerful earthquake in the country's northeast on Wednesday.

The operator began work in the morning to remove the 17-car train that came off the tracks on a viaduct some 2 kilometers from a station in Shiroisi, Miyagi Prefecture. In all, 16 of the 17 cars derailed. 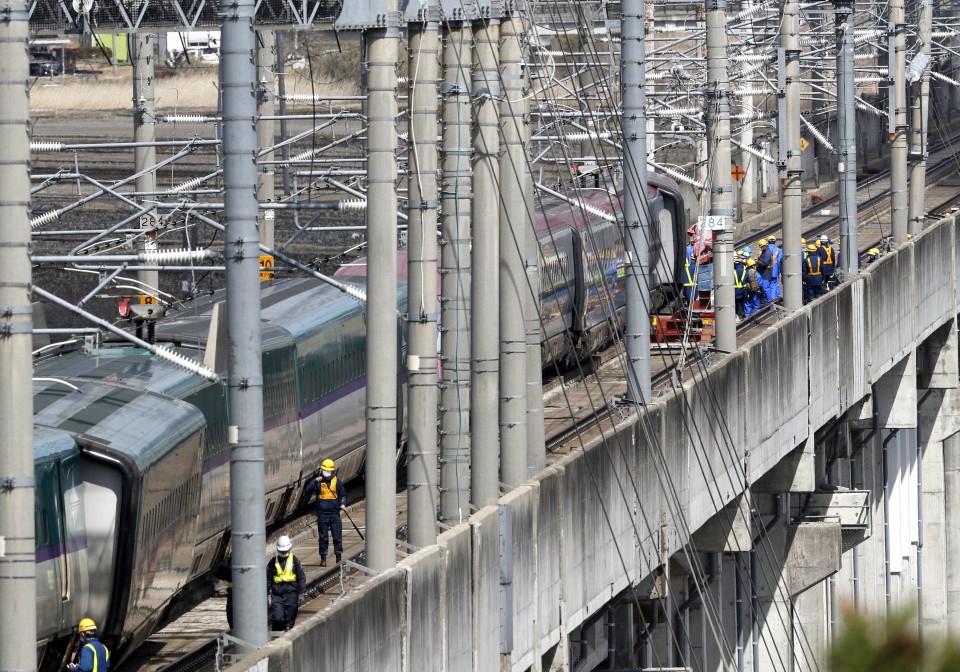 Workers engage in an operation to put derailed shinkansen train cars back on the tracks on March 20, 2022, in Shiroishi, Miyagi Prefecture in northeastern Japan. (Kyodo)

Workers used jack stands to lift the cars and put them back on the tracks. But some of the cars may need a crane to pull them up, the company said, adding that the train will then be moved to a base in the prefecture for further checks.

The magnitude-7.4 quake struck off Fukushima Prefecture late Wednesday, leaving three people dead and more than 180 injured across 12 prefectures. All 78 passengers and crew members aboard the train were unharmed.