Former ozeki Takayasu and new sekiwake Wakatakakage each defeated a title rival to remain co-leaders as the Spring Grand Sumo Tournament championship chase reached a fever pitch on Thursday, the 12th day of the 15-day meet.

Currently a No. 7 maegashira, Takayasu (11-1) outfought new ozeki Mitakeumi (9-3) in a battle for belt holds before forcing him out to his third loss.

A day after suffering his first loss at Edion Arena Osaka, Takayasu was solid from the get-go with a left-overarm hold. Mitakeumi, January's champion, vacillated between aggressively going for a belt hold of his own or fighting off his opponent's. 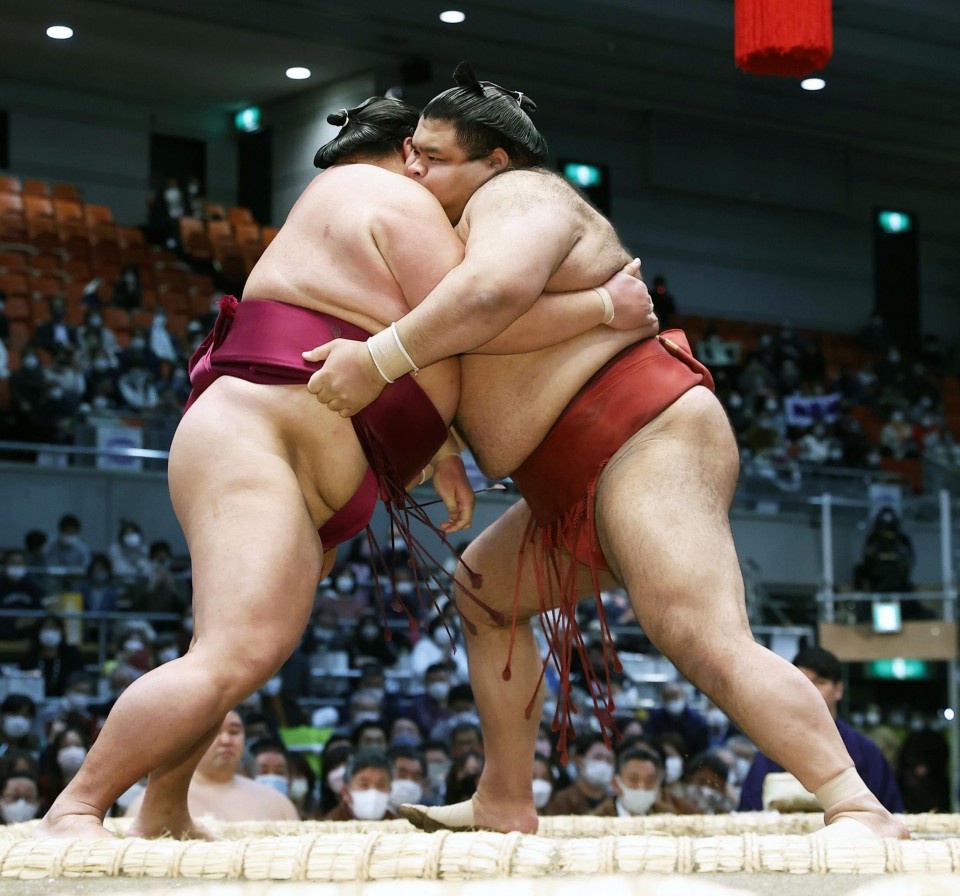 Takayasu (R) defeats Mitakeumi on the 12th day of the Spring Grand Sumo Tournament in Osaka on March 24, 2022. (Kyodo)

In the end, the ozeki accomplished neither. And when Takayasu got his right hand on the front of Mitakeumi's belt, it was game, set and match.

Wakatakakage earned his 11th victory with a tough but slick win over No. 6 Kotonowaka (9-3). Although shoved backward after their initial contact, the sekiwake slipped his right arm under Kotonowaka's left to secure a belt hold.

Using that, he doggedly foiled one attempt to force him out and another to twist him down. Wakatakakage then finished off his spent opponent in a "yorikiri" force-out victory. 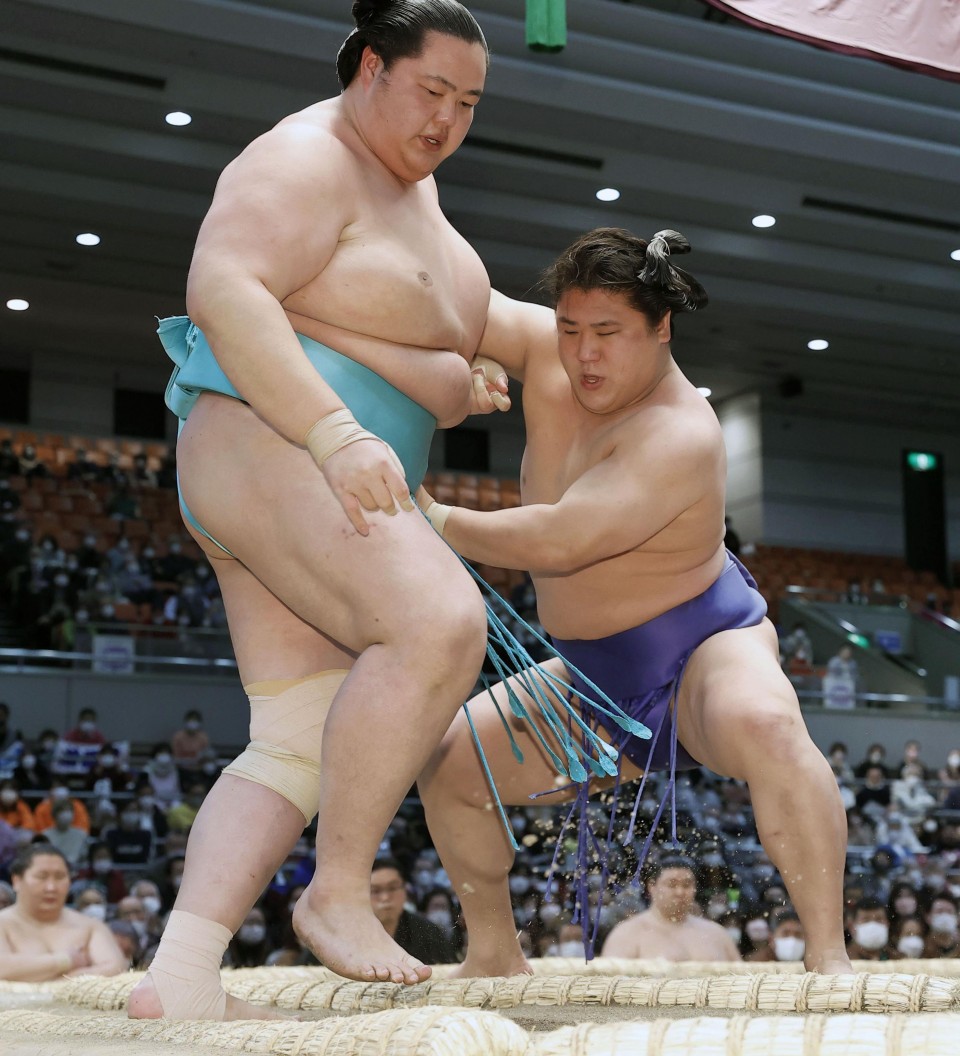 Wakatakakage (R) beats Kotonowaka on the 12th day of the Spring Grand Sumo Tournament in Osaka on March 24, 2022. (Kyodo)

Shodai (7-5) moved to within one win of securing his status at sumo's second highest rank for the next tourney after a seemingly effortless win over Takakeisho (8-4).

As relegation-threatened "kadoban" ozeki, after failing to win eight bouts in January, Takayasu and Takakeisho each needed eight wins here to avoid relegation to sekiwake for May's Summer Grand Tournament.

Takakeisho, who earned his eighth win the day before against Kotonowaka, got off the mark more quickly. He wrapped up Shodai's forearms but offered little resistance as he was pushed backward out of the ring.

Demotion-bound komusubi Takanosho (3-9) brushed aside No. 5 Ishiura (1-5-6), while new komusubi Hoshoryu repeatedly outmaneuvered No. 3 Onosho (5-7) before shoving him over backward to even his record at 6-6.

Mongolian No. 2 and former sekiwake Ichinojo (8-4) got the best of a slapping and shoving battle to hand new sekiwake Abi his sixth defeat.

No. 4 Kiribayama secured his eighth win, beating No. 6 Hokutofuji (6-6) for his first winning record in three tournaments. No. 9 Wakamotoharu (8-4) beat No. 4 Endo (7-5), and has posted winning records in each of his two tourneys in the elite makuuchi division.