A cargo ship owned by a Japanese firm was hit by a missile off the coast of Ukraine in the Black Sea on Friday, injuring one crew member, the marine transportation firm in western Japan said Saturday, as heavy fighting ensued following the Russian invasion of its former Soviet neighbor.

The Panamanian-registered cargo ship Namura Queen was damaged and one of the 20 Filipino crew sustained a non-life threatening injury to his shoulder, according to the firm based in Imabari, Ehime Prefecture. 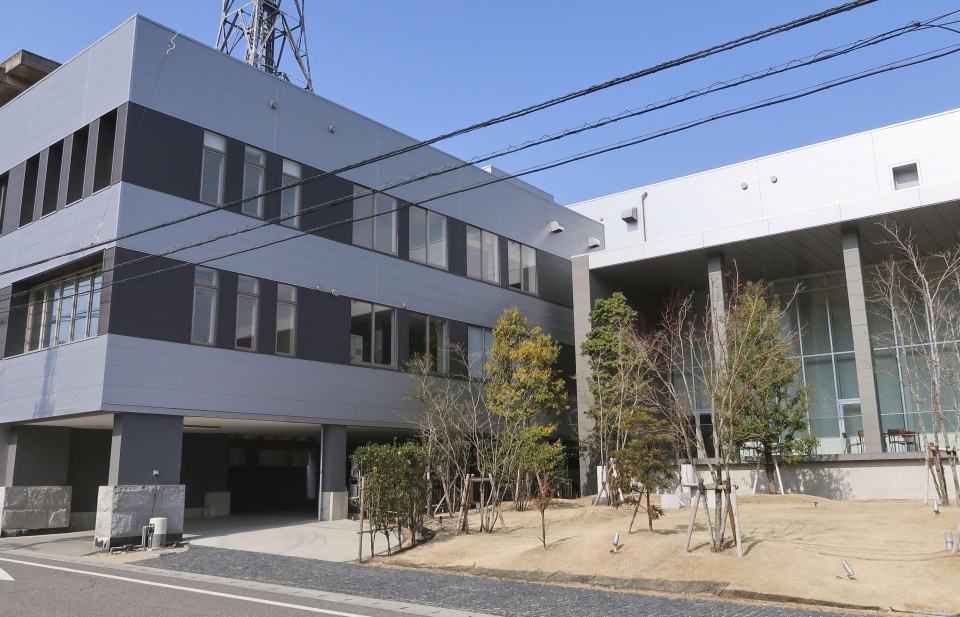 The building of the company that owns the cargo ship Namura Queen is pictured Feb. 26, 2022, in Imabari, Ehime Prefecture. (Kyodo)

The ship can operate under its own steam and has headed to Turkey where the damage to the vessel will be assessed, the firm said.

Ukrainian authorities said the missile was fired by Russian forces, following their military invasion of Ukraine beginning earlier this week, according to Reuters.

The incident occurred near a port in the Odessa region, southern Ukraine, in waters that vessels had been warned to avoid. The Namura Queen did not know of the initial warning and was hit by the missile as it was trying to move outside the area.

The ship was scheduled to dock at the port and load grain.

The marine transportation firm was alerted on Friday evening by the Philippine company that runs the ship that the vessel had sustained missile damage.

The impact of the current Russian military aggression of Ukraine on one of its vessels has sent staff of the Japanese firm scrambling for information.

An official of a group company linked to the firm who spoke to reporters said they are relieved to hear that the lives of all crewmembers were not in danger. "We would like to move them to a secure place as soon as possible," he said.

The official also said he hopes tensions in Ukraine will ease as soon as possible so ships are able to safely transport goods.