Russia on Thursday launched a major attack against Ukraine following a months-long military buildup on the border, triggering international condemnation for an "unjustified" war that is feared will result in significant loss of life in Europe.

Russian President Vladimir Putin moved ahead with what Ukraine called "a full-scale invasion" after announcing that Moscow would carry out a "special military operation" in eastern Ukraine known as the Donbas, where two pro-Russia separatist regions are located.

More than 40 soldiers have been killed and dozens more hurt as Russian forces attack Ukraine from the north, east and south, according to media reports, citing information from the Ukrainian government. 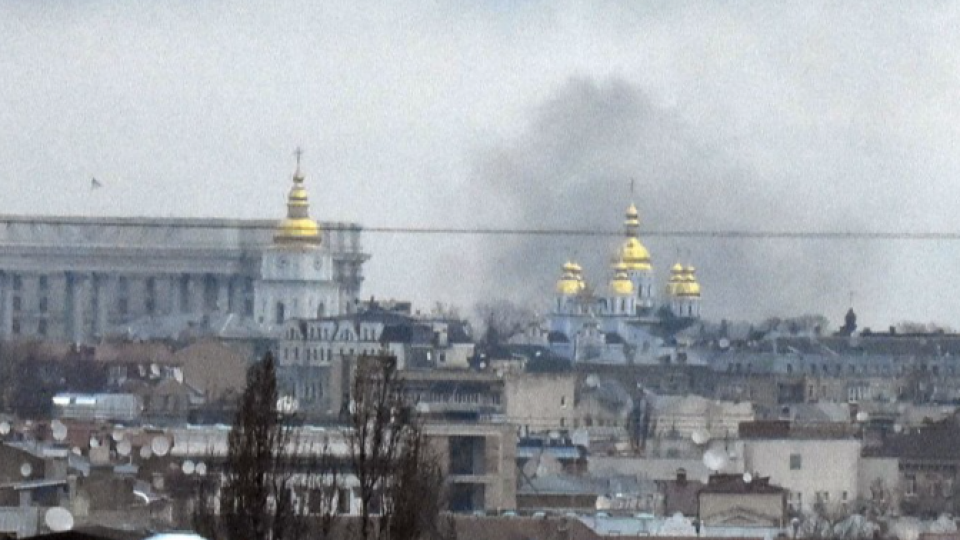 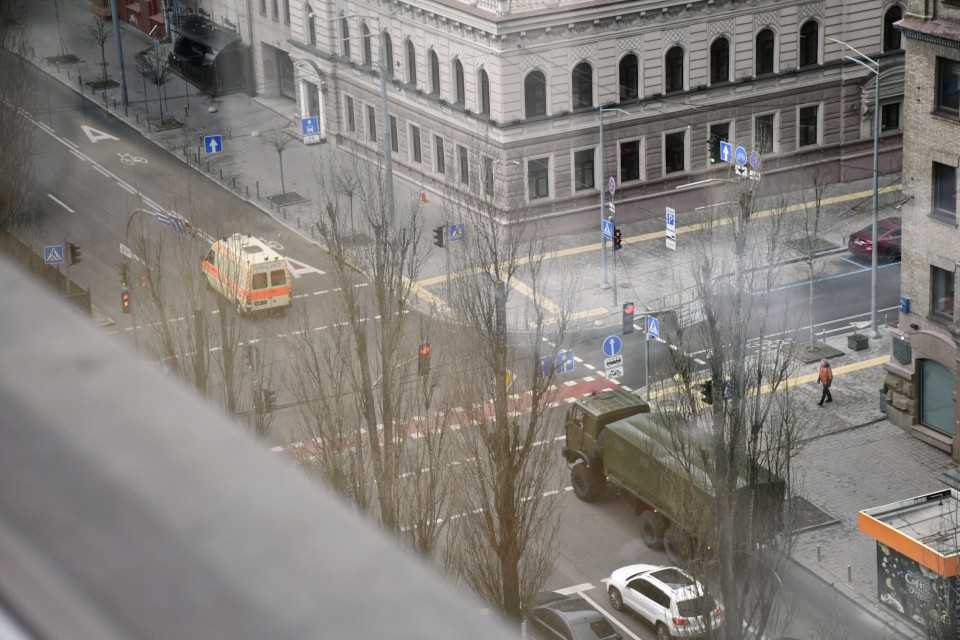 The attack, which defied earlier warnings of international sanctions, follows Russia's annexation of Crimea from the former Soviet republic in 2014.

Moscow has been asserting that its security is under threat with the North Atlantic Treaty Organization's eastward expansion and the possibility of Ukraine's membership in the alliance.

U.S. President Joe Biden and NATO immediately condemned the Russian invasion as an "unprovoked" and "unjustified" attack on Ukraine.

"President Putin has chosen a premeditated war that will bring a catastrophic loss of life and human suffering," Biden said in a statement. "The United States and its allies and partners will respond in a united and decisive way."

As a virtual meeting of the leaders of the Group of Seven industrialized nations, including Britain, Germany and Japan, is set for later Thursday, Biden pledged in a different statement that "severe sanctions" will be imposed on Russia. 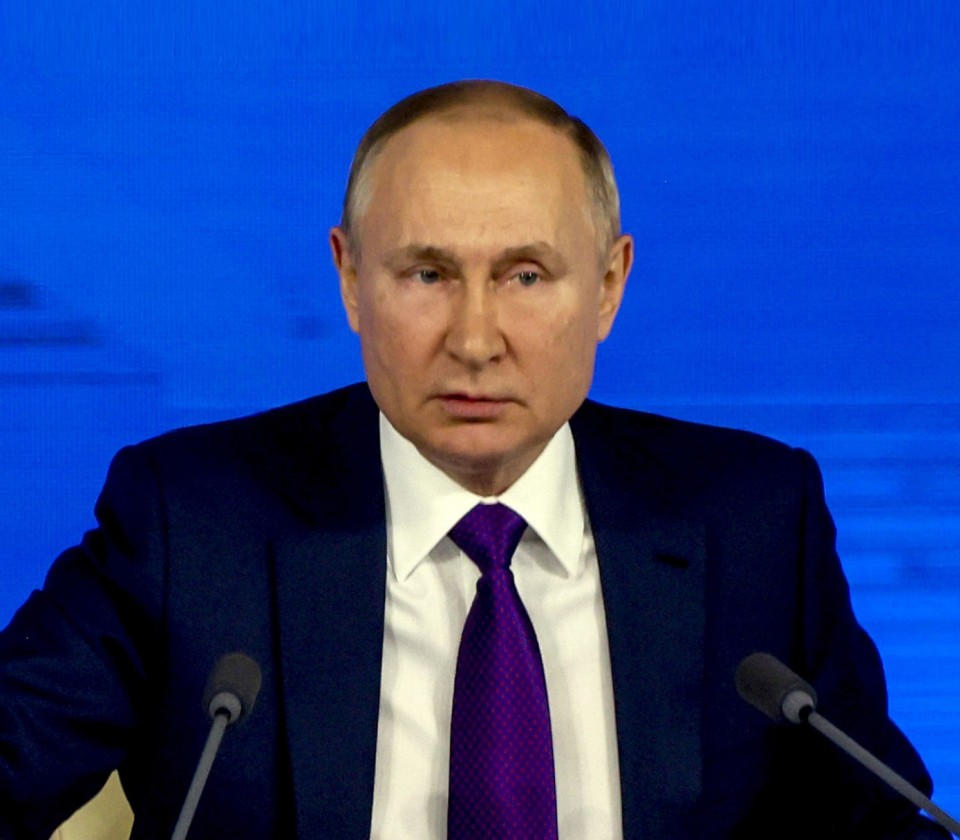 Ukraine, which has declared a state of emergency, has "severed diplomatic relations with Russia," Ukrainian President Volodymyr Zelenskyy tweeted, after weeks of efforts to find a diplomatic solution to the crisis.

"For all those who have not yet lost their conscience in Russia, it is time to go out and protest against the war with Ukraine," he added.

Putin had been setting the stage for his country's military to advance into the neighboring country, having recognized on Monday the independence of the self-proclaimed republics of Donetsk and Luhansk in the Donbas and ordering the deployment of troops there for "peacekeeping" missions.

The two regions are home to Russia-backed separatists who have been fighting Ukrainian forces since 2014.

The Russian military campaign started after the rebel regions sought military assistance from Russia to repel what they claimed was Kyiv's aggression. Explosions were heard in the areas as well as Ukraine's capital, according to media reports.

Ukrainian military command centers in Kyiv and Kharkiv, the second-largest city in Ukraine located in the country's northeast, were also reportedly attacked by missile strikes.

Putin said in a televised speech that the "special military operation" was to protect the people in the Donbas who were being subjected to "abuse" and "genocide" by the Kyiv regime, and he would seek to "demilitarize" Ukraine.

He asserted the operation was for self-defense, and he had no plan to occupy Ukraine. 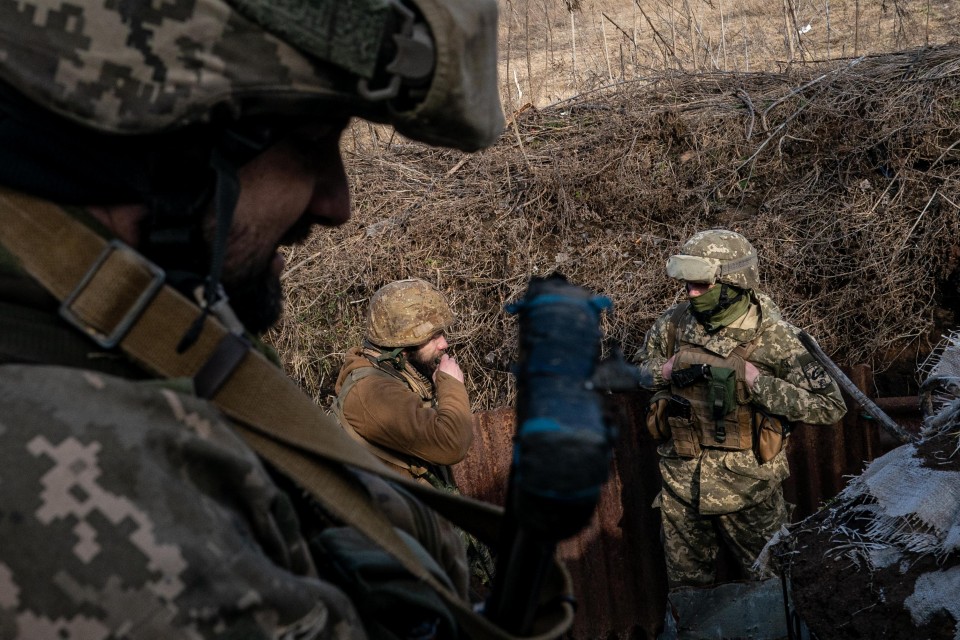 Ukrainian solders are seen in the north of Donetsk, Ukraine, on Feb. 23, 2022. (Anadolu Agency/Getty/Kyodo)

He also warned against any interference from other countries, saying such actions would be met by "consequences that you have never encountered in your history," according to Russia's Tass news agency.

The United States, in lockstep with the European Union, Japan, Australia and others, has responded to Russia's recognition of the so-called Donetsk and Luhansk people's republics with some sanctions, including against financial institutions and Kremlin-connected elite individuals.

On Wednesday, the United States announced additional sanctions on a company in charge of building Russia's Nord Stream 2 gas pipeline and its company officers.

With more than 150,000 Russian troops massed near Ukraine's borders before the attack, there was growing concern about the scale of suffering resulting from the invasion. 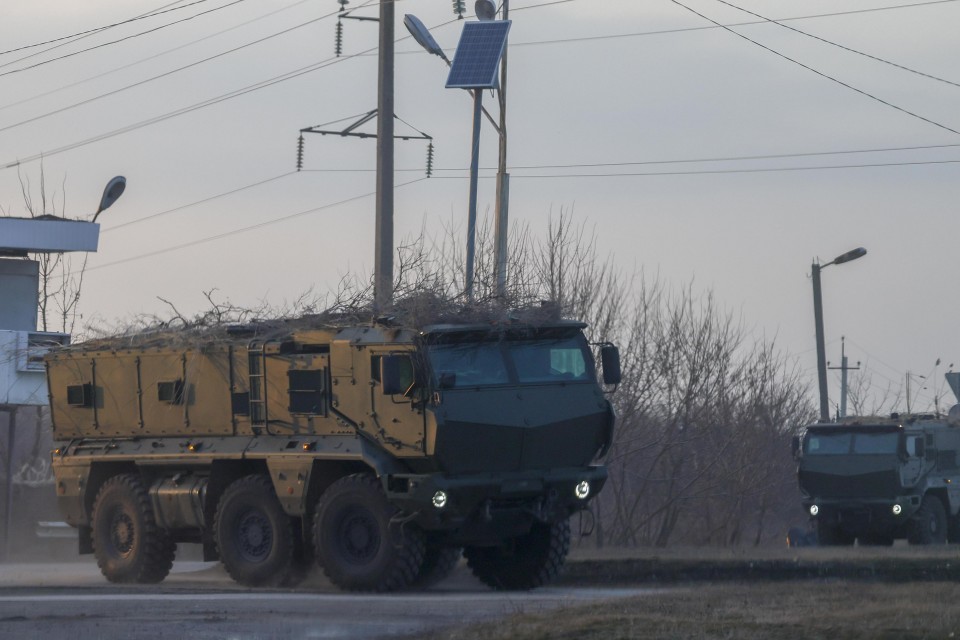 A convoy of Russian military vehicles is seen on Feb. 23, 2022, in the Russian border city Rostov moving towards the border with eastern Ukraine's Donbas region. (Anadolu Agency/Getty/Kyodo)

Ukraine Foreign Minister Dmytro Kuleba tweeted Thursday, "Peaceful Ukrainian cities are under strikes. This is a war of aggression. Ukraine will defend itself and will win. The world can and must stop Putin."

Putin has just launched a full-scale invasion of Ukraine. Peaceful Ukrainian cities are under strikes. This is a war of aggression. Ukraine will defend itself and will win. The world can and must stop Putin. The time to act is now.

U.S. Deputy Secretary of State Wendy Sherman told CNN before the attack started that "thousands of lives could be lost" in the event of a massive invasion of Ukraine as the people will fight back hard, while Russia has "the largest conventional military in Europe."

The United States has sent forces to Europe to bolster the security of its NATO allies and has been providing security assistance to Ukraine to help defend its own territory. But it has denied any intention to put American troops in Ukraine, which is not a member of NATO although it aspires to join.

Washington has rejected Moscow's key demand for a security guarantee precluding Ukraine's entry into NATO, but it has also sought to hold talks to address security concerns, such as by setting reciprocal limits on military exercises in Europe and missile placement. However, no progress on the talks has been seen.