About 30 people were temporarily stranded on a roller coaster at Universal Studios Japan in Osaka on Saturday afternoon after the ride came to a sudden halt when sensors detected an abnormality, but no one was injured, the park's operator said, only three months after a similar incident.

Everyone aboard the "Hollywood Dream -- The Ride: Backdrop" roller coaster was rescued by staff about an hour and a half after it stopped near the highest point on its tracks at around 1:10 p.m., the park said. 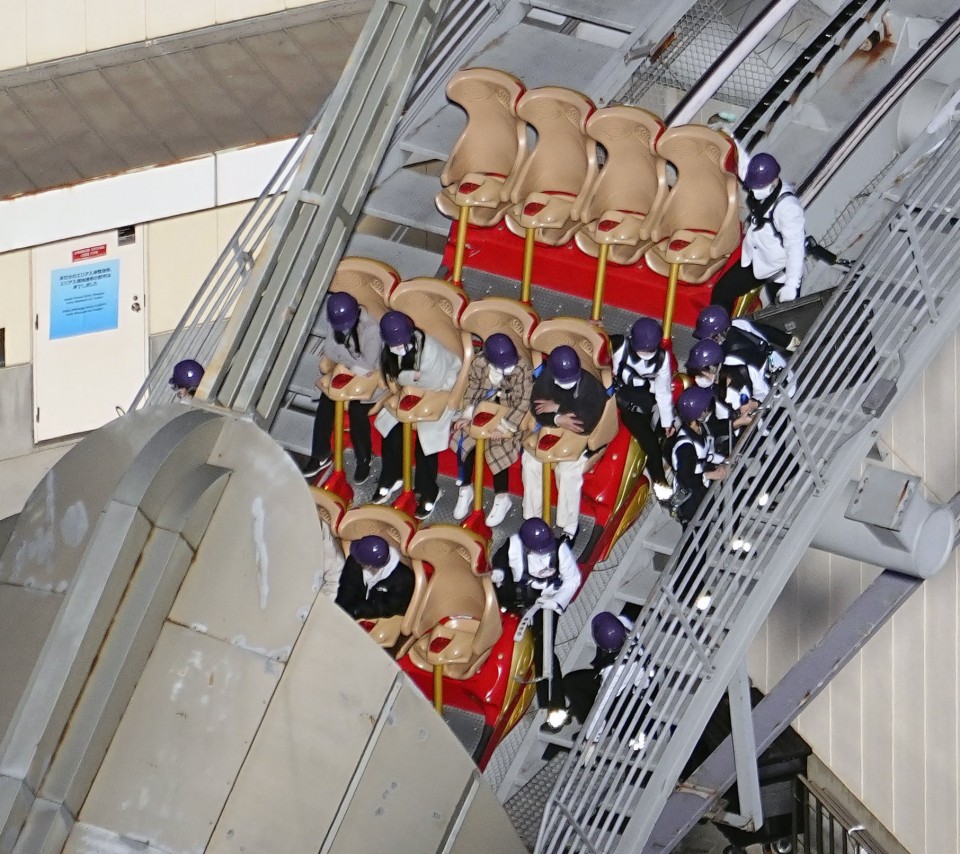 Photo taken from a Kyodo News helicopter shows people stranded on a roller coaster at Universal Studios Japan in Osaka on Jan. 22, 2022. (Kyodo)

The cause of the incident is being investigated, according to the park in the western Japan city.

The roller coaster resumed operation later in the day and will be running as usual on Sunday.

The latest incident occurred after a power outage last October caused the same roller coaster to come to a sudden halt, leaving 35 people stranded for a period of time.

The attraction, which has a capacity of 36 riders, is known for its sharp drop from a height of around 43 meters.