A new ride based on the popular "Demon Slayer" manga and anime series opening at Universal Studios Japan in Osaka in September will feature virtual reality technology to give visitors the feel of being onboard the anime-inspired train, its operator said.

The roller coaster "Demon Slayer: Kimetsu no Yaiba XR Ride" mimics the steam locomotive "Mugen Train" in the series, with passengers able to enjoy the images and voices of hero Tanjiro Kamado and other characters such as Kyojuro Rengoku who are fighting demons. 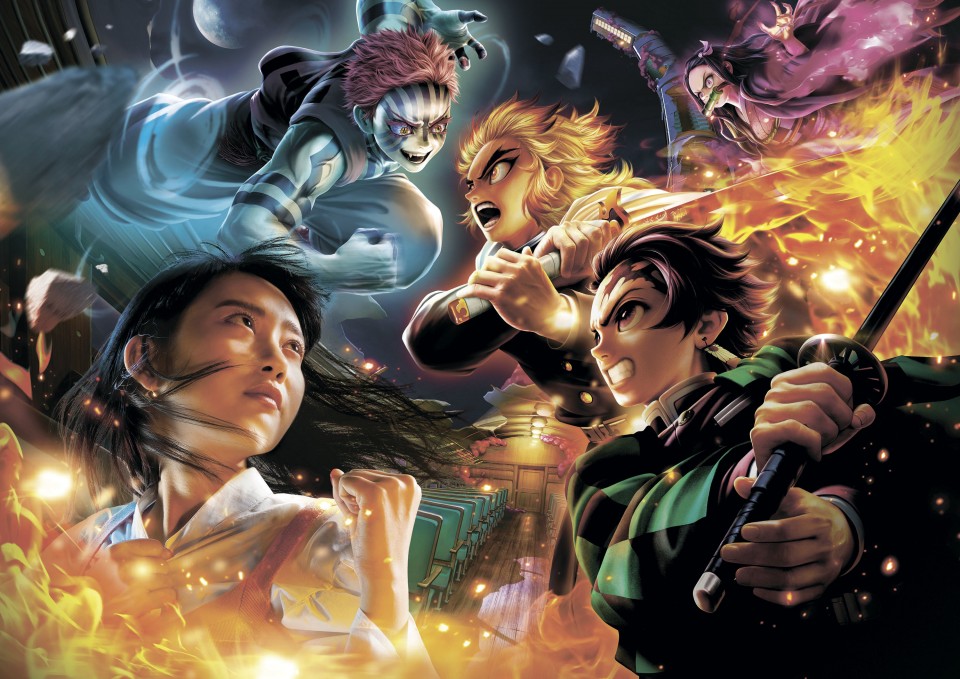 Rengoku is a central character in the blockbuster animated film "Demon Slayer -- Kimetsu No Yaiba -- The Movie: Mugen Train." Its story centers on Kamado's efforts to save the lives of passengers aboard the "Mugen Train," named after the Japanese word for "infinity," on which countless people have gone missing.

During the period, another roller coaster, "Hollywood Dream -- The Ride," at the park will also have a Demon Slayer flavor, with riders able to hear the voices of Kamado and Rengoku as if they are all experiencing the coaster together.

Demon Slayer is set in Japan around 100 years ago and tells the story of Kamado, an adolescent boy fighting human-eating demons while searching for a cure for his sister, who has turned into a demon. The manga series has been translated into several languages.

The park, which has only opened on weekdays for around two months due to the COVID-19 state of emergency, restarted business on weekends and holidays on June 26.

But visitors remain capped at 5,000 on all days as a measure to prevent the spread of the virus.