Universal Studios Japan in the western city of Osaka marked its 20th anniversary Wednesday, but without any large-scale events to celebrate the occasion due to the coronavirus pandemic.

The film-themed entertainment complex has grown into one of Japan's major tourist magnets. But a huge drop-off in the number of foreign visitors due to limits on entry to Japan to prevent the spread of the virus continues to weigh on its revenues. 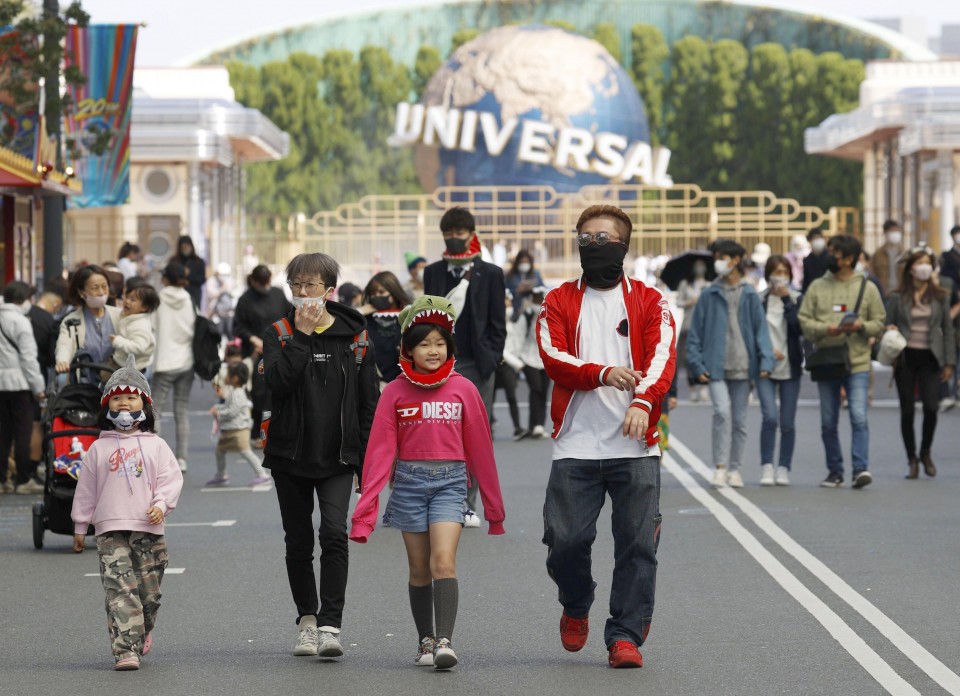 Under the slogan of "No Limit!" to commemorate the anniversary, the amusement park has been holding dance events featuring characters from the popular U.S. television program "Sesame Street" since mid-March.

"The park holds events themed on films and games that I'm familiar with, so I'm excited every time I come here," said a 31-year-old woman from Takatsuki in Osaka Prefecture, who has often visited the amusement facility since its opening in March 2001.

"Although I visit the park less frequently compared with before the pandemic, I will continue to come here," she said.

Shortly after its birth amid expectations it would boost the economy of the Kansai region in western Japan, the park faced an uphill battle as it initially had few facilities targeted at small children.

However, customer turnouts started to increase along with the launch in 2012 of areas aimed at small children and their parents. An attraction based on the blockbuster movie series "Harry Potter," which opened in 2014, added to the momentum.

On March 18 this year, the park added "Super Nintendo World," an area based on Nintendo Co.'s "Super Mario Bros." game series, to its roster of attractions including those themed on the "Minions" and "Jurassic Park" films.

The opening of the Super Mario attraction, which was built at a cost of more than 60 billion yen ($550 million), was postponed twice due to the coronavirus pandemic.