Monkeys huddling together in the shape of a "dumpling" to keep warm amid the severe winter cold is becoming a common sight at a zoo in western Japan that feeds some 500 Japanese macaques.

The dumpling has become a winter feature in "Monkey Kingdom" at the Choshi Valley Nature Zoo on Shodo Island in Kagawa Prefecture, often after 3 p.m. when the sun begins to set.

The dumpling grows larger as the temperature drops, sometimes made up of nearly 200 monkeys. The dumpling can usually be seen until the end of February. 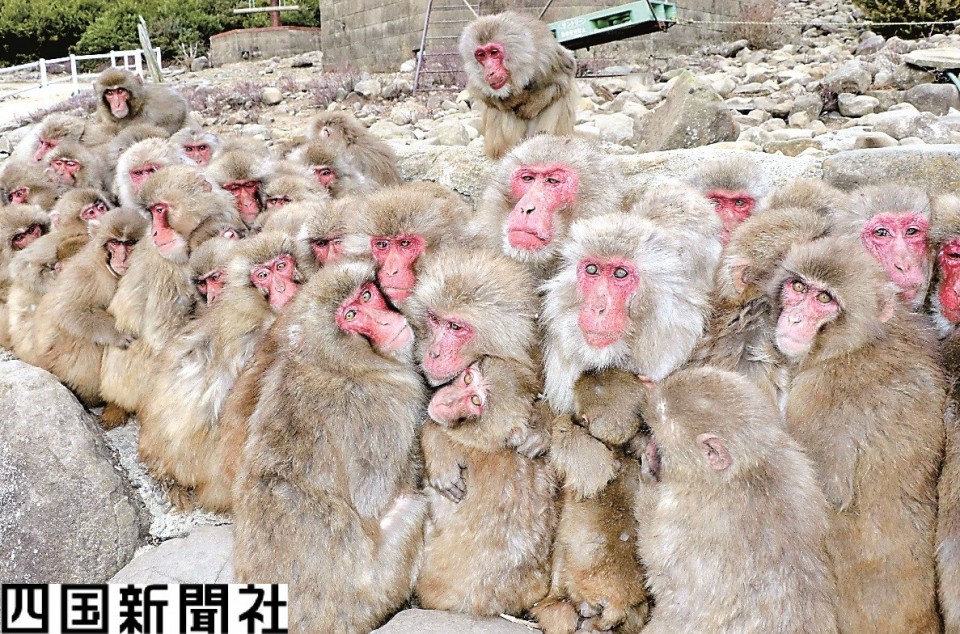 Monkeys at the zoo are divided into two groups. One of the groups formed a dumpling of around 80 on Jan. 12. The group leader pushed the other monkeys away to move to the center, while a baby monkey being held by its mother closed its eyes dreamily.

A woman from Ikeda on Shodo Island, visiting the zoo with a friend, took a photo of the monkeys and said with a laugh, "I’ve never seen such a big monkey dumpling. It looks like monkeys are fine huddling together like that."