The world's oldest person Kane Tanaka, who was born a year before the Russo-Japanese War began, celebrated her 119th birthday in southwestern Japan on Sunday.

Tanaka, born on Jan. 2, 1903, in Fukuoka Prefecture, has lived through Japan's Meiji, Taisho, Showa, Heisei and current Reiwa eras, and is hoping to live until 120 as an immediate goal, according to family members. Notable people born in 1903 include British novelist George Orwell, film director Yasujiro Ozu and Japanese poet Misuzu Kaneko. 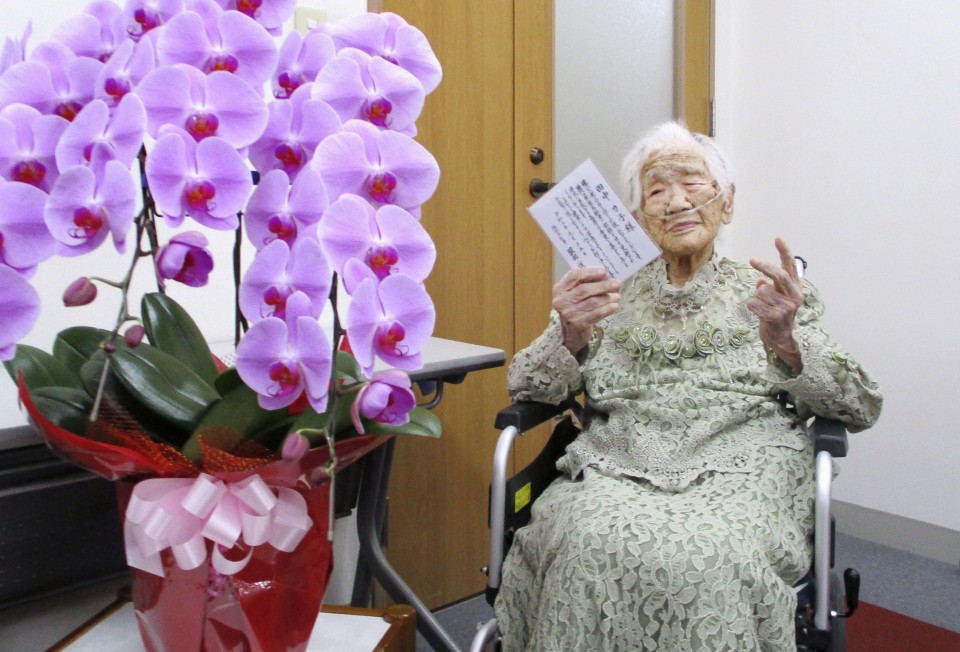 Tanaka was recognized by Guinness World Records in March 2019 as the world's oldest living person at 116 years old and also achieved an all-time Japanese age record when she became 117 years and 261 days old.

Residing in a nursing home in Fukuoka, Tanaka interacts with staff through gestures and often challenges herself by solving number puzzles. She likes chocolate and carbonated drinks.

When the centenarian was sent flowers on Respect for the Aged Day last September by Fukuoka Gov. Seitaro Hattori, she expressed her happiness by making a peace sign.

Tanaka, the seventh of nine siblings, married when she was 19 years old. She supported her family by running a noodle shop when her husband and eldest son went to fight in the Second Sino-Japanese War that started in 1937.

"I would like to personally congratulate her soon," Tanaka's 62-year-old grandson, Eiji, said. "I hope she remains healthy and has fun everyday as she grows older."