Kane Tanaka, the world's oldest person who was born in the same year as the Wright brothers' first powered flight, celebrated her 118th birthday in southwestern Japan on Saturday.

Tanaka, born on Jan. 2, 1903, was recognized by Guinness World Records as the world's oldest living person in March 2019 aged 116. Those born in the same year include British novelist George Orwell. 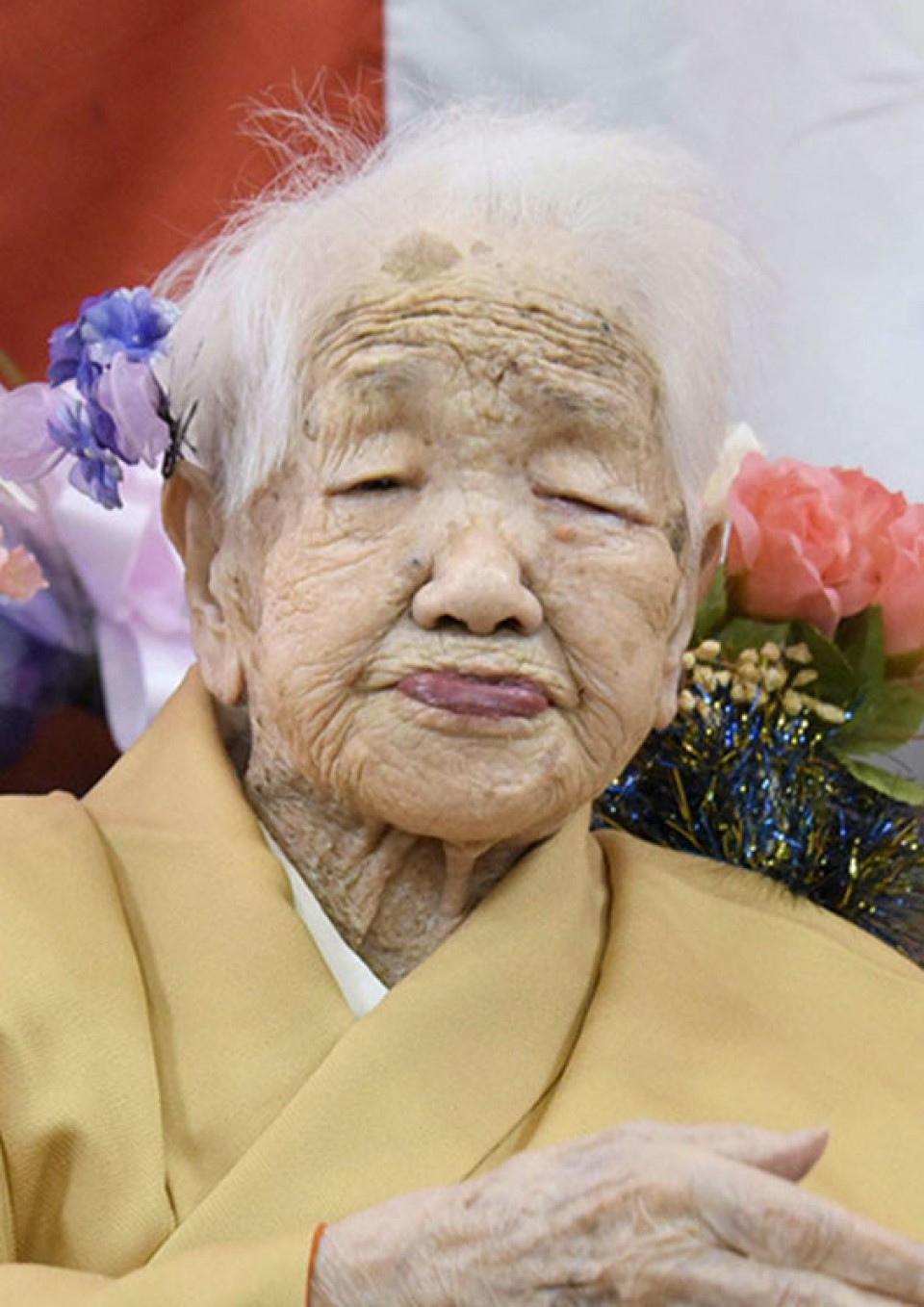 She also set an all-time Japanese age record in September last year at 117 years and 261 days.

Currently living in a nursing home in Fukuoka, Tanaka celebrated her birthday with other residents. She was pleased and said, "Applaud everyone," according to the facility.

She usually spends her time exercising, doing calculations and playing Reversi. She has a strong appetite and likes eating chocolate and drinking Coke, the nursing home said.

When asked about the secret to her longevity, Tanaka replied, "Eating delicious food and studying." She said she is aiming to live to 120.

"It's a difficult situation due to the coronavirus pandemic, but Kane is fine," said her 61-year-old grandson Eiji. "I'm happy that she has fun every day."