The number of people aged 100 or above in Japan is estimated at a record 86,510, with the number of men reaching the milestone topping 10,000 for the first time, health ministry data showed Tuesday.

The number of centenarians as of Sept. 15 represents an increase of 6,060 from a year earlier for the 51th consecutive year of rise, the Health, Labor and Welfare Ministry said prior to the Respect for the Aged Day holiday, which falls next Monday.

In July, the ministry said average life expectancy in Japan, one of the most rapidly ageing populations in the world, rose to record highs for both genders in 2020 -- 87.74 for women and 81.64 for men.

Kane Tanaka, a 118-year-old resident of Fukuoka, southwestern Japan, is the oldest Japanese woman. She has been recognized as the oldest living person in the world by Guinness World Records. 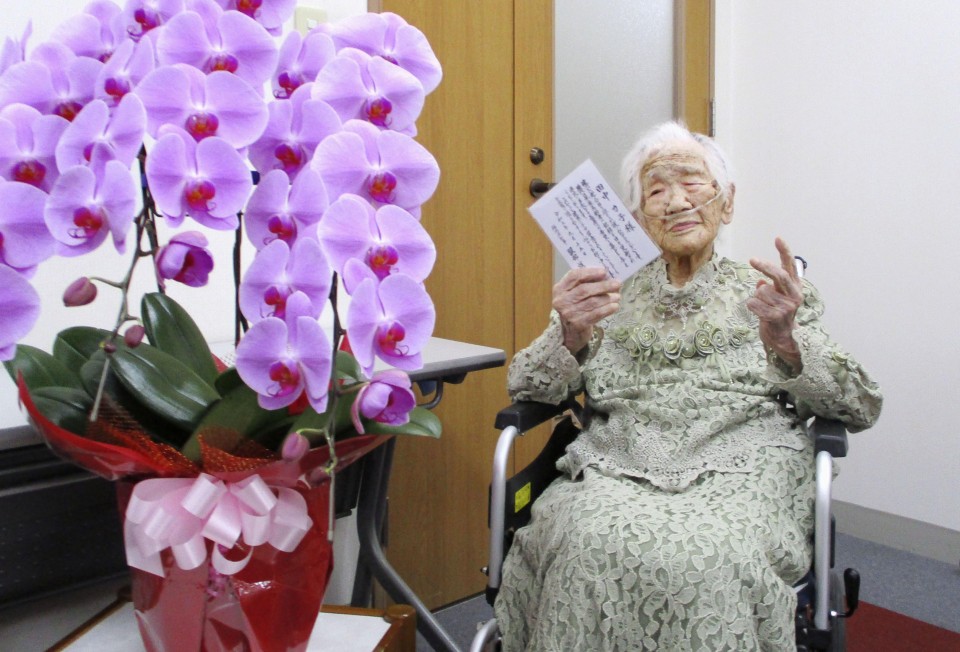 Kane Tanaka, who is 118 years old and recognized as the world's oldest living person by Guinness World Records, is pictured in Fukuoka on Sept. 13, 2021. (Photo courtesy of Fukuoka prefectural government)(Kyodo)

Tanaka was born in 1903, the year the Wright brothers flew the world's first powered airplane.

By prefecture, Shimane in western Japan has the highest number of centenarians per 100,000 people for the ninth straight year at 134.75, followed by Kochi and Kagoshima at 126.29 and 118.74, respectively. The nationwide average stands at 68.54.