An Air Self-Defense Force F-15 fighter jet apparently crashed into the Sea of Japan on Monday shortly after taking off from Komatsu Air Base in Ishikawa Prefecture, central Japan, the ASDF said.

Part of the fighter, which went missing while on its way for training with a crew of two aboard, and lifesaving equipment were found on the sea surface about 5 kilometers west-northwest of the base, the ASDF said. 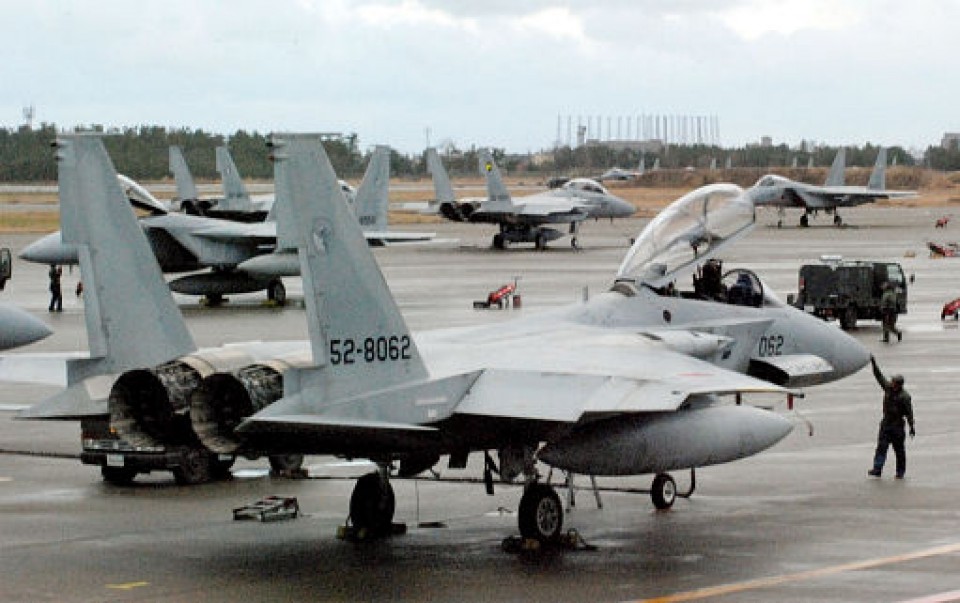 Photo shows F-15 fighters at the Air Self-Defense Force base in Komatsu, Ishikawa Prefecture, in 2011. (Kyodo)

If confirmed, it will be the first time an ASDF plane has crashed in Japan since April 2019 when an F-35A stealth fighter belonging to Misawa Air Base in Aomori Prefecture, northeastern Japan, went down in the Pacific.

The ASDF is searching for the crew by mobilizing four planes, including a rescue helicopter. The Maritime Self-Defense Force and a local unit of the Japan Coast Guard are joining the rescue mission.

The ASDF is also investigating why the fighter went off radar after the takeoff around 5:30 p.m.

The Kanazawa Coast Guard Office in the prefecture said it received a call around the same time reporting a red glow off the coast of Kaga near the base.

The missing fighter belonged to a squadron that functions as enemy aircraft in tactical flight training, according to the ASDF. 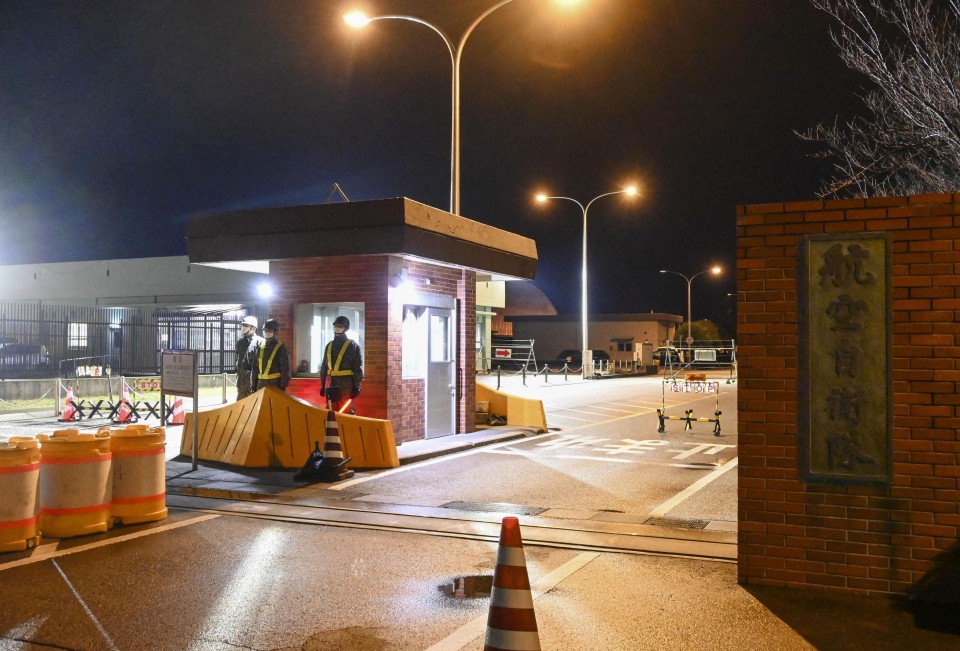