The acquisition of the Lockheed Martin missiles, known as LRASM, was aimed at arming the ASDF with anti-ship missiles that can be launched by planes without them being exposed to enemy counter fire. 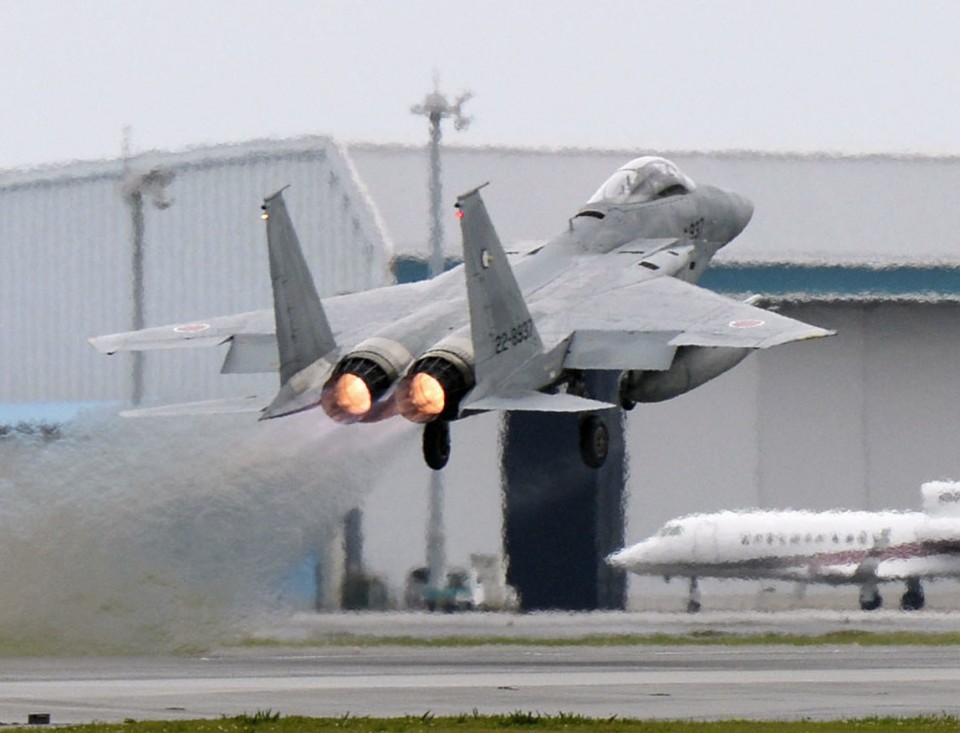 The ministry made the decision before the deadline later this month of initial requests for a state budget for the next fiscal year from April 2022.

The LRASM is one of two U.S.-made cruise missiles that the ASDF planned to mount on its around 70 F-15s. The other is the firm's air-to-surface standoff missile, called JASSM.

For the upgrade, including enabling the F-15 jets to carry the two kinds of missiles, the U.S. side presented an initial cost of about 98 billion yen ($894 million) but later increased it to 218 billion yen, citing supply shortages of necessary electrical components and the need to update software.

By dropping the plan to mount the LRASM on the fighter jets, the ministry said it can save around 60 billion yen of its budget.

But the total cost to upgrade the F-15 jets was still expected to reach 398 billion yen, up 74 billion yen from its initial estimate.

At a time of increasing Chinese military assertiveness, the ministry has said the missiles, which are said to have a range of 900 kilometers, are necessary to boost the country's defense capabilities around the Nansei Islands, a chain stretching southwest toward Taiwan.

The ministry said it will continue the upgrade program for the 70 F-15s, aiming to complete the improvement of around 20 jets by March 2028.

The ministry's initial budget request for fiscal 2022 is unlikely to cover any of the costs related to the JASSM system and it will negotiate with the United States about the procurement until the end of this year.

As an alternative plan for the LRASM, the ministry said it is considering installing Japan-made standoff missiles on F-2 fighter jets.

Japan started developing its own standoff missiles from this fiscal year after securing a budget of 33.5 billion yen. The ministry plans to extend the firing range of surface-to-ship missiles that it had been developing to about 900 km.

The standoff missiles are being domestically developed to be launched from various platforms, not only from land but also from ships and aircraft.

Japan scrambles jets less against China, others in FY 2020