It remains uncertain whether tennis star Novak Djokovic will play in the upcoming Australian Open, as Australia considers canceling his visa for a second time amid accusations the Serbian player lied on his border entry form.

Despite winning a court appeal against his visa cancellation on Monday that allowed him to stay in the country, Djokovic's fate remains in the hands of Australia's Immigration Minister Alex Hawke, as he considers whether to exercise his powers to revoke the player's visa again.

Questions have been raised in the days following the trial about whether the men's world No. 1 made false claims on an official border entry form for Australia. 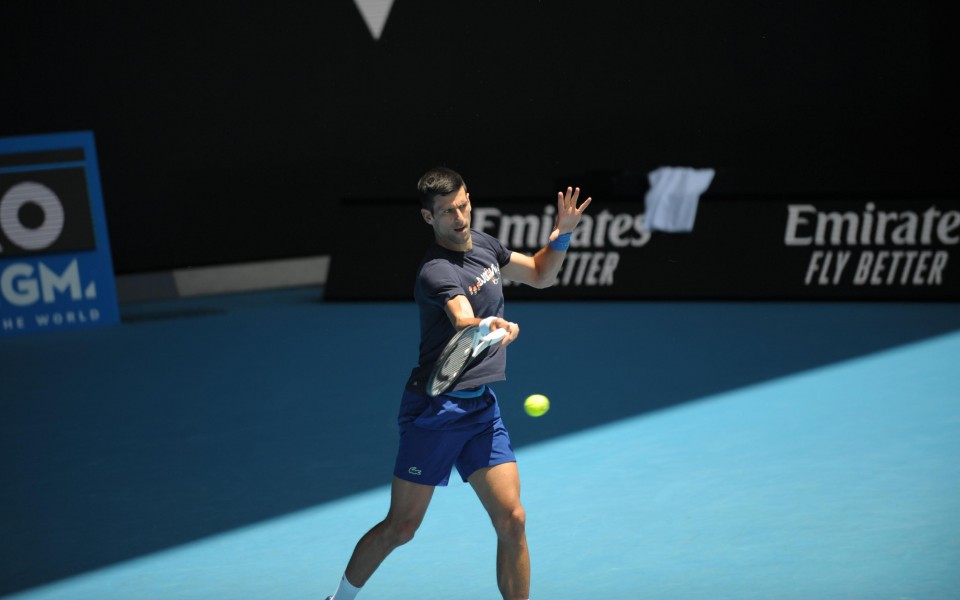 Documents released in his Federal Circuit Court Case show the Serbian had declared he had not traveled internationally in the fortnight prior to departing for Australia.

But photos and videos emerging on social media appear to show the tennis player in both Serbia and Spain in the 14 days before departing Spain for Australia.

Djokovic took to social media on Wednesday to explain the inconsistencies, blaming human error for the mistake in his immigration form submitted as part of his Australian visa application.

"On the issue of my travel declaration, this was submitted by my support team on my behalf -- as I told immigration officials on my arrival," Djokovic wrote in a statement posted on his Instagram page.

"My agent sincerely apologizes for the administrative mistake in ticking the incorrect box about my previous travel before coming to Australia. This was a human error and certainly not deliberate."

To comply with Australia's border entry rules not to travel within two weeks of arriving in the country, Djokovic would have had to be in Spain from late on Dec. 22 before flying out to Australia via Dubai on Jan. 4.

However, a photo posted to Twitter by Portuguese tennis reporter Jose Morgado on Dec. 25 appears to show Djokovic in the Serbian capital Belgrade on Christmas Day.

The Guardian Australia, a digital news outlet, reports that Djokovic was also pictured playing tennis in the streets of Belgrade on Dec. 26, in a since-deleted post on Instagram.

In his statement, Djokovic said his team on Wednesday provided additional information to the Australian government to clarify the matter.

While there is no definitive deadline for Hawke to make a decision on whether to again revoke Djokovic's visa and order his deportation, time is running out for a call to be made before the Australian Open is due to start less than a week away on Jan. 17, with the draw to be released on Thursday.

If permitted to play, the record nine-time Australian Open winner will seek his 21st overall Grand Slam title, which would see him surpass Swiss Roger Federer and Spaniard Rafael Nadal to take the men's record for most Grand Slam titles.

A spokesperson for the immigration minister's office said on Wednesday not to expect a decision within the day, according to Australian Broadcasting Corp.

"Mr. Djokovic's lawyers have recently provided lengthy further submissions and supporting documentation said to be relevant to the possible cancellation of Mr. Djokovic's visa," the spokesperson was quoted as saying.

"Naturally, this will affect the timeframe for a decision."

If enacted, the minister's power to revoke Djokovic's visa -- so long as it is "in the public interest" to do so, could come with a ban on re-entering Australia for three years, though it is entirely within the government's discretion whether such a ban is enforced.

Djokovic spent several days detained in an immigration hotel in Melbourne until his release on Monday afternoon, after the Australian Border Force deemed he had not provided sufficient evidence to be granted a medical exemption from the COVID-19 vaccination requirement imposed upon all travelers entering Australia.