Australia has canceled the visa of a female tennis player from the Czech Republic ahead of the upcoming Australian Open, after doing the same for Serbian tennis star Novak Djokovic, the Australian Broadcasting Corp. reported Friday.

Czech player Renata Voracova, who had already competed in a warm-up tournament in Melbourne, was detained by Australian Border Force officials Thursday and taken to the same immigration hotel as Djokovic, the ABC report said. 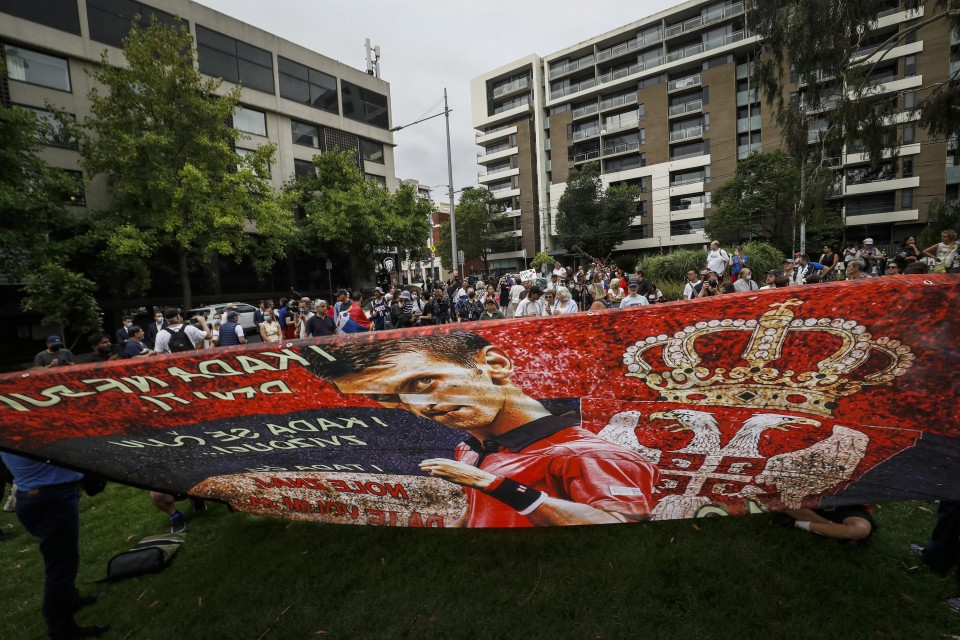 Serbian tennis fans and anti-vaccination protesters are seen outside the Park Hotel on Jan. 7, 2022 in Melbourne, Australia. Serbian tennis player Novak Djokovic is being held at the hotel while he challenges the decision to cancel his visa for entry in to Australia.(Getty/Kyodo)

Voracova is believed to have entered Australia last month with a vaccine exemption granted by Tennis Australia because she had recently contracted and recovered from COVID-19, according to the report.

Djokovic was denied entry to Australia after failing to provide appropriate evidence that he qualifies for a coronavirus vaccination exemption required as part of the country's entry rules, the Australian Border Force said Thursday.

The star player has filed an appeal with the Federal Circuit Court against the cancellation of his visa, another ABC report said.