A Japanese doctor from central Japan who for the past 30 years has visited Hawaii almost every December to commemorate victims of the Pearl Harbor attack held a ceremony Wednesday in his hometown for the first time.

Hiroya Sugano, who decided to forego the trip to the U.S. state this year due to the coronavirus pandemic, held the ceremony at the foot of Mt. Shizuhata in Shizuoka Prefecture to mark the 80th anniversary of the 1941 Japanese attack. 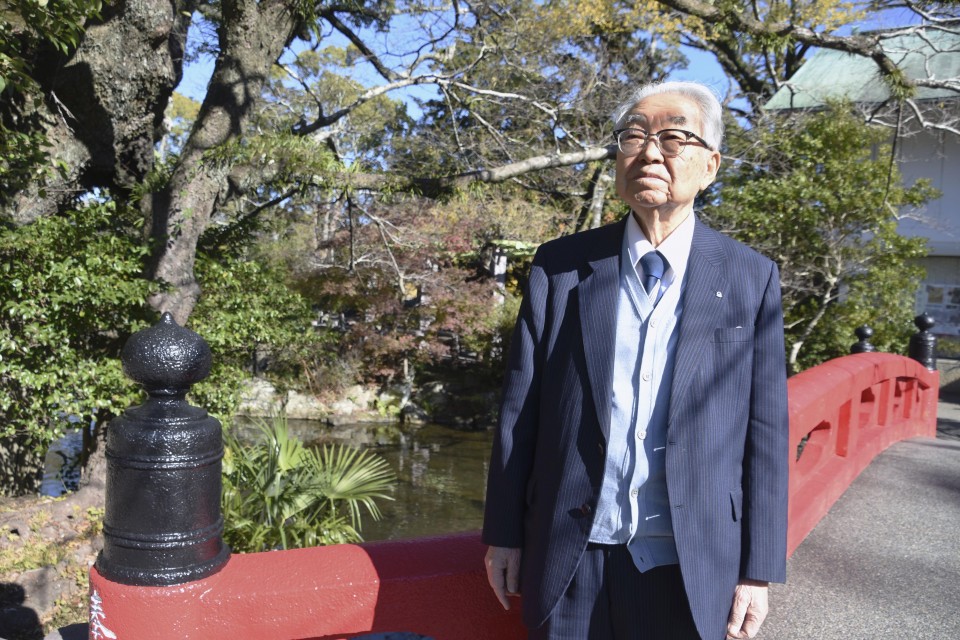 Hiroya Sugano is pictured in his hometown in Shizuoka Prefecture on Dec. 2, 2021. (Kyodo)

"Reconciliation is impossible without the repose of souls," the 88-year-old said before the ceremony.

In the surprise attack conducted by the Japanese military that brought the United States into World War II, around 2,400 U.S. military personnel and civilians lost their lives.

Sugano was only 11 years old when the United States launched an airstrike on Shizuoka in June 1945, destroying his home and killing around 2,000 citizens.

Locals pelted stones at the wreckage of two B-29 bombers that collided during the strike and the bodies of U.S. troops. Although Sugano hated the sight of the lifeless soldiers, he realized they were also victims of war.

In June 1972, Sugano and a Buddhist priest friend held a memorial service at the summit of Mt. Shizuhata for both the victims of the Shizuoka airstrike and the American soldiers that had died in the crash.

Sugano initially faced opposition from some bereaved Japanese families for inviting members of the U.S. Yokota Air Base in Tokyo but eventually gained the families' understanding by conveying that "there is no friend or foe among the dead."

In August 1991, Sugano traveled to Hawaii to visit a memorial built over the remains of the Arizona, which sank during Japan's surprise attack on Pearl Harbor. 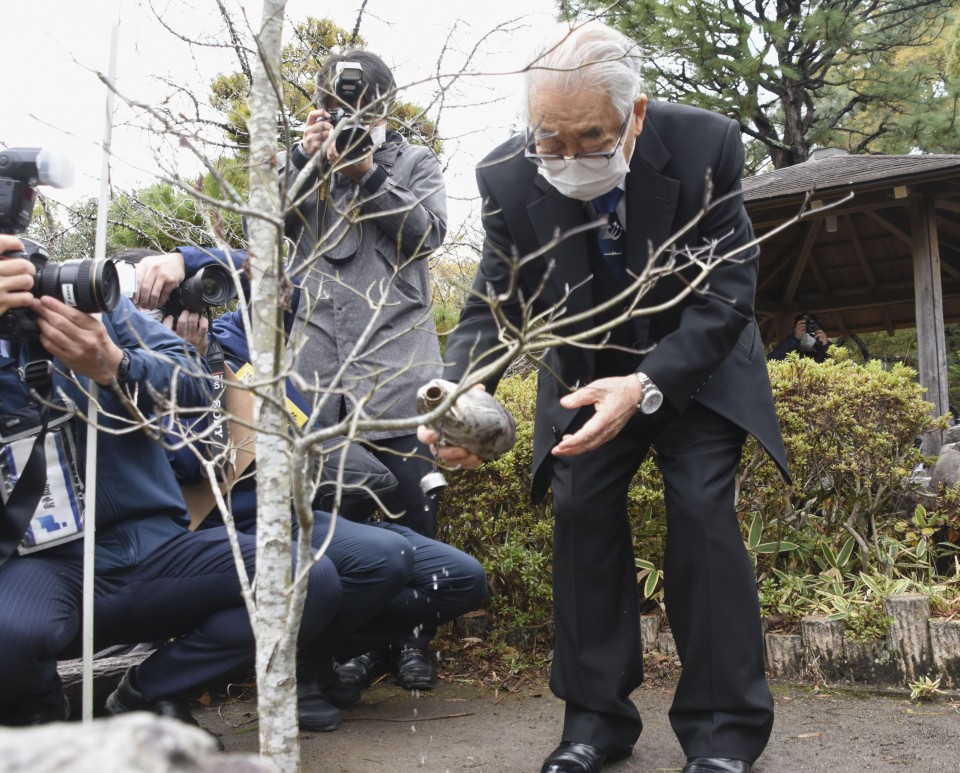 Japanese doctor Hiroya Sugano pours water from a canteen that used to belong to a U.S. soldier on dogwood trees during a ceremony in Shizuoka Prefecture on Dec. 8, 2021, to mark the 80th anniversary of the 1941 Japanese attack on Pearl Harbor. (Kyodo)

During his trip, he realized anti-Japanese sentiment persisted as some locals had angrily called him "Jap."

Since that year, Sugano has traveled to Hawaii almost every December to offer prayers for the repose of the souls of the dead.

Among the attendees of Wednesday's memorial service in Shizuoka were bereaved families, some of whom came from other parts of Japan, of former Japanese troops involved in the attack on Pearl Harbor.

They commemorated the victims by sprinkling water on dogwood trees, a gift from the United States as a symbol of friendship between the two countries, using a flask that belonged to an American soldier who died during the airstrike on Shizuoka.

"'Remember Pearl Harbor' is a phrase that can also apply to Japanese people. I believe that continuing to pray for the dead is the path to peace," Sugano said.

In the attack against the U.S. naval base and battleships at Pearl Harbor that led to the United States declaring war the following day, about 60 Japanese combatants are believed to have also died.