Japan, the United States and Australia will jointly fund the development of advanced 5G telecommunications networks in the South Pacific in an effort to hedge against China seizing control of critical infrastructure in the region, sources close to the matter said Monday.

The decision came to light a day after the three countries said they would help with construction of a new undersea cable to improve internet connectivity to the Pacific island nations of Micronesia, Nauru and Kiribati. 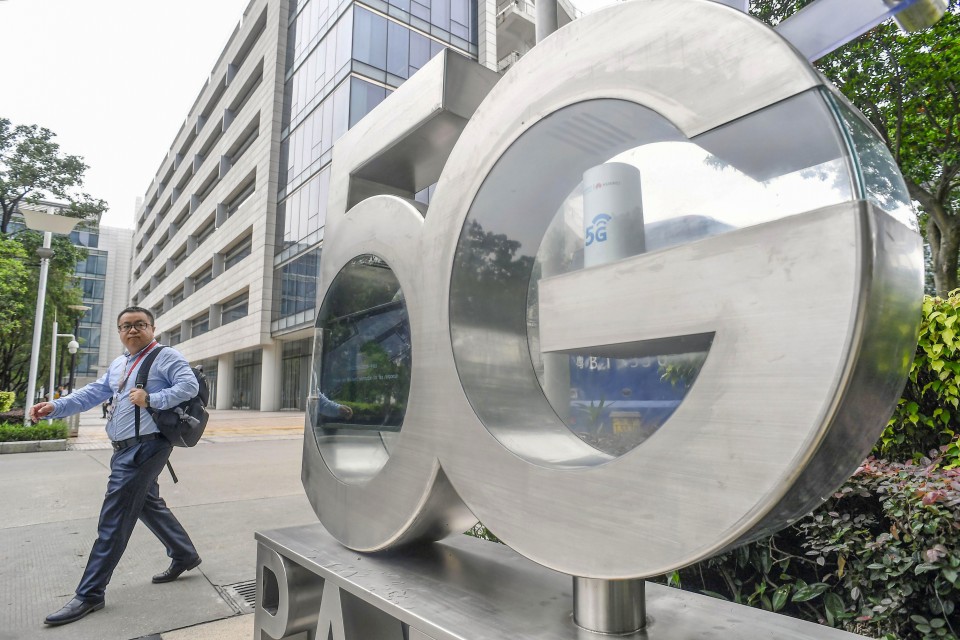 File photo taken in May 2019 shows a 5G mark placed as an object at the headquarters of Chinese telecom giant Huawei Technologies Co. in Shenzhen, southern China. (Kyodo)

The trilateral cooperation on the 5G network development will be achieved through the Pacific operations of Digicel Group, an international mobile phone network and home entertainment provider headquartered in Jamaica.

The majority of the $1.6 billion sale will be funded by the Australian government, with Japan and the United States contributing to business operations through public-private partnerships.

Digicel is a provider of mobile services in several island countries including Papua New Guinea, Samoa and Fiji but has been lagging behind in upgrading its communications networks.

Japanese companies, which can offer the advantage of "Open RAN" -- industry-wide standards that enable interoperability between different vendors for cellular wireless networks -- will provide advanced equipment for 5G.

Funding for the project may be provided by the government-affiliated Japan Bank for International Cooperation and Japan's three megabanks including MUFG Bank.

Japanese, U.S. and Australian authorities have become increasingly wary of China's growing influence in the Pacific region and the risk of information theft, which could cause disruptions to social and economic activities, if the area's telecommunication development network is led by Beijing.

"Historically, we have a deep relationship with Pacific island nations, with which we share the values of democracy," a Japanese government official said. "We must avoid a situation in which democracy is threatened by China's control of our telecommunications networks."