The kanji for "kin," meaning gold or money, was picked as the single most representative Chinese character corresponding to the social mood in Japan this year, a Kyoto-based organization said Monday.

The selection came after Japan had its best-ever haul of 27 gold medals at the Tokyo Olympics in the summer. It is the fourth time "kin" has been chosen as the year's kanji after 2000, 2012 and 2016, which were also Olympic years. 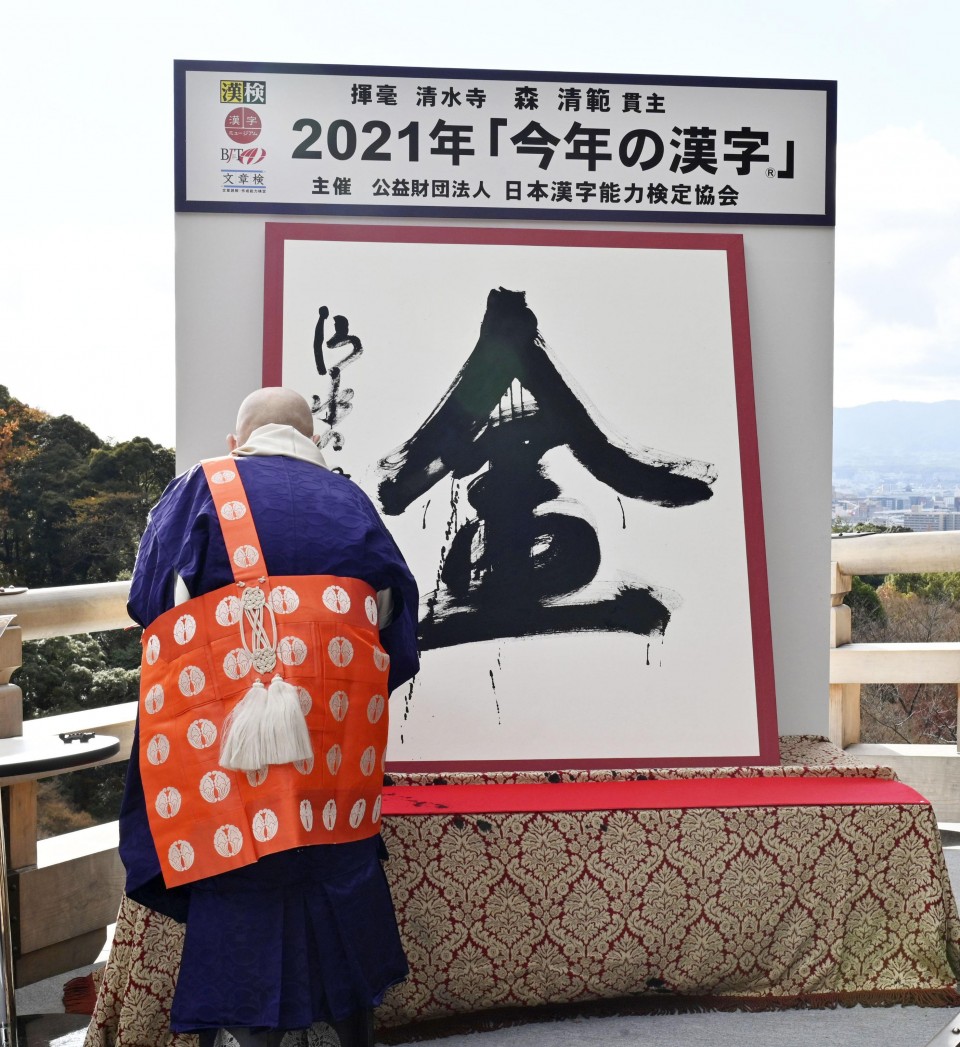 Seihan Mori, chief Buddhist priest of Kiyomizu temple, writes the kanji character "kin" meaning gold on Dec. 13, 2021, at the temple in Kyoto after it was picked as the single most representative Chinese character corresponding to the social mood of the Olympic year in Japan. (Pool photo) (Kyodo) ==Kyodo

Some also attributed their choice to the "golden" achievements of baseball superstar Shohei Ohtani and shogi board game prodigy Sota Fujii, while others gave the nod to cash handouts provided for COVID-19 relief.

The pick of the word for the 27th annual poll run by the Japan Kanji Aptitude Testing Foundation was based on votes cast by the general public. Among a total of 223,773 entries received this year, "kin" ranked first with 10,422 entries, according to the foundation.

In Kyoto, chief Buddhist priest Seihan Mori of Kiyomizu temple handwrote the character with a giant calligraphy brush on "washi," or Japanese paper, 1.5 meters high and 1.3 meters wide, at the renowned structure where this year's kanji announcement was made.

Last year, the kanji for "mitsu," meaning "close" or "dense," was chosen after government officials and health experts frequently cited it to describe settings that should be avoided amid the coronavirus pandemic.