The kanji "rei" has been picked as the Chinese character best describing this year's social mood in Japan after the new imperial era Reiwa commenced in May, a Kyoto-based academic organization said Thursday.

Chief Buddhist priest Seihan Mori of the Kiyomizu-dera temple in Kyoto wrote the character on a paper 1.5 meters in length and 1.3 meters in width with a giant calligraphy brush in making the announcement at the 25th annual year-end event organized by the Japan Kanji Aptitude Testing Foundation. 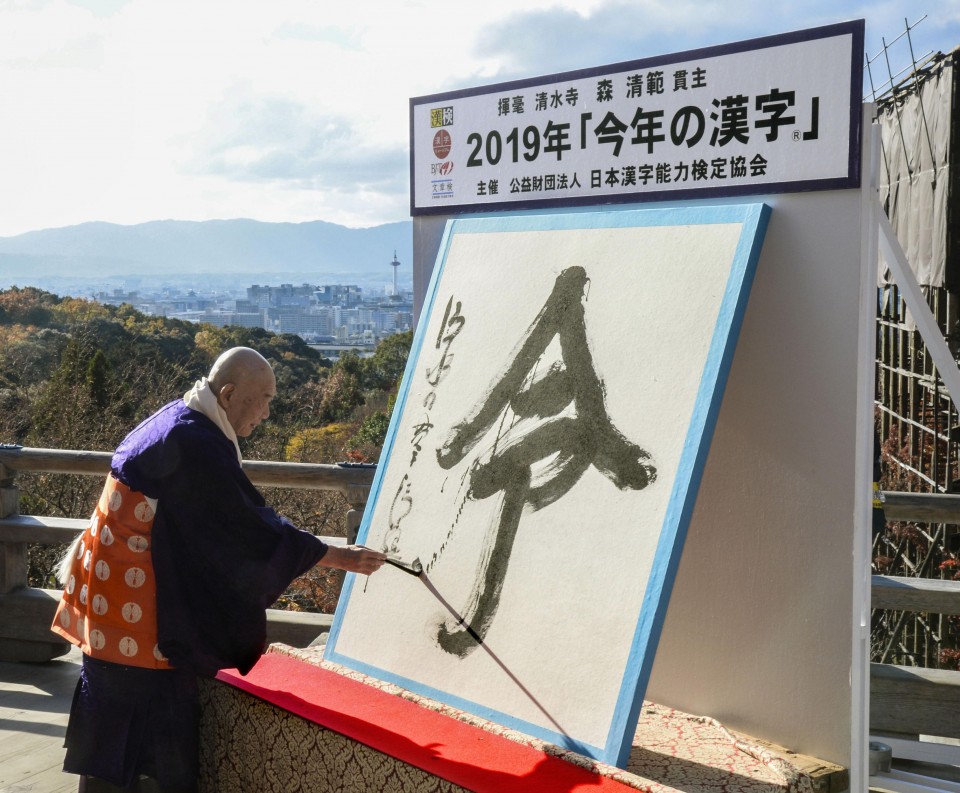 In modern Japan, era names, or gengo, are used for the length of an emperor's reign. Reiwa is comprised of the Chinese characters "rei," meaning order, command and auspicious, and "wa," representing harmony, peace or Japan.

Last year, the foundation chose a kanji "sai" meaning "disaster" amid a string of natural and man-made calamities.

The era started when Emperor Naruhito ascended the Chrysanthemum Throne on May 1, after his father, former Emperor Akihito, abdicated the previous day as the first Japanese monarch to do so in about 200 years.

The historic imperial succession was followed by a slew of massive and elaborate ceremonies, including the "Sokuirei Seiden no gi" ceremony in October for declaring the emperor's enthronement before international guests and "Daijosai," a Shinto-style thanksgiving ceremony, in November.

The era name was derived from the 1,200-year-old Manyoshu anthology of poems and is translated by the government as "beautiful harmony."