The kanji for "mitsu," used repeatedly in calls to contain the spread of the novel coronavirus, has been picked as the Chinese character best describing this year's social mood in Japan, a Kyoto-based academic organization said Monday. 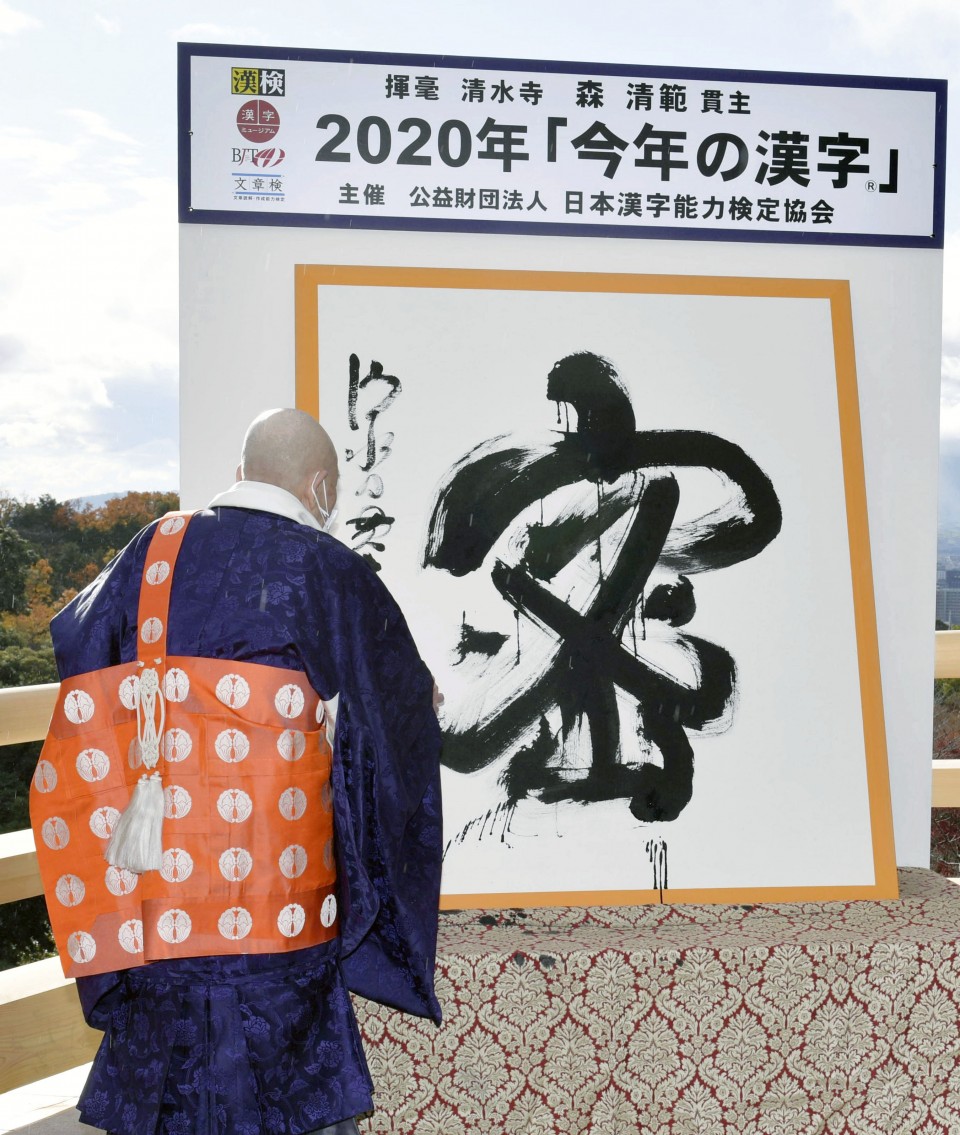 Seihan Mori, chief Buddhist priest of Kiyomizu temple, writes the kanji character "mitsu" meaning "close" or "dense" with a calligraphy brush on Dec. 14, 2020. The character was selected as the best kanji to symbolize the national mood for the year, referencing calls to contain the spread of the novel coronavirus. (Pool photo)(Kyodo)

In making the announcement at the 26th annual year-end event organized by the Japan Kanji Aptitude Testing Foundation, chief Buddhist priest Seihan Mori of the Kiyomizu temple in Kyoto wrote the character on a piece of paper 1.5 meters in length and 1.3 meters in width with a giant calligraphy brush.

The Chinese character "mitsu," meaning "close" or "dense," was frequently cited by government officials and health experts to describe settings that should be avoided amid the pandemic.

Translated into English as the "3Cs" -- confined spaces, crowded places and close-contact settings -- the term was also selected as Japan's top buzzword for the year earlier this month.

Tokyo Gov. Yuriko Koike is credited with raising the profile of the slogan, with her call to the public about the measures so insistent that it even inspired the creation of a viral online game.

Last year, "rei" was selected after the new imperial era Reiwa, which commenced on May 1 following the ascension of Emperor Naruhito to the Chrysanthemum Throne. His father, former Emperor Akihito, had abdicated the previous day, the first Japanese monarch to do so in about 200 years.