Japanese Foreign Minister Yoshimasa Hayashi said Sunday his Chinese counterpart Wang Yi invited him for an official visit during a recent phone conversation, but arrangements are not in progress. 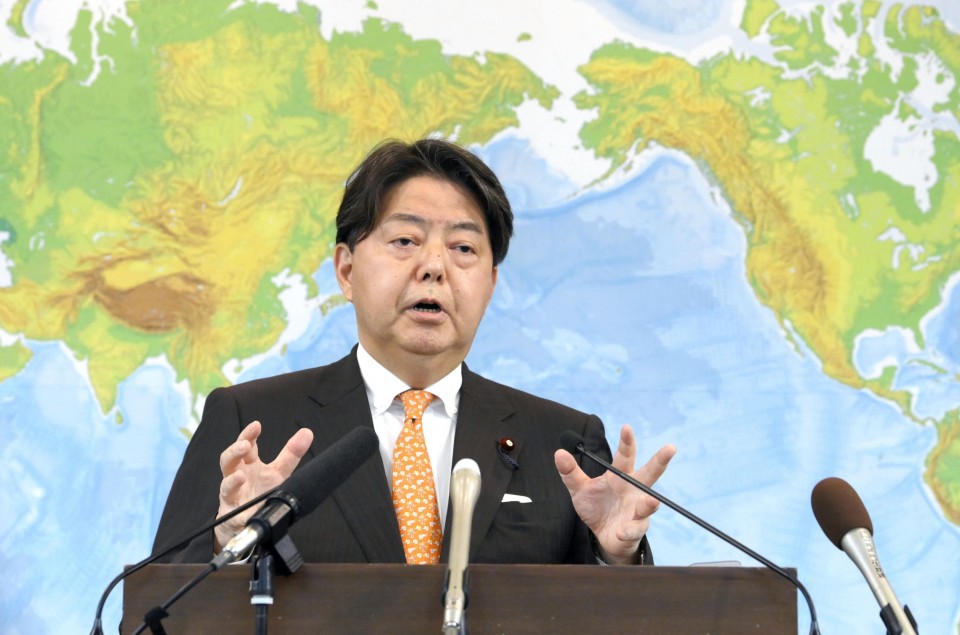 Hayashi, who became Japan's top diplomat on Nov. 10, and Wang agreed on the need to stabilize relations between their countries but remained apart on territorial and human rights issues when they spoke on Thursday.

"Nothing is set, and no arrangements are being made," Hayashi said while appearing on a television program.

Asked about U.S. President Joe Biden giving consideration to a diplomatic boycott of the Winter Olympics in Beijing in February to protest alleged human rights violations in China's far-western Xinjiang region, Hayashi only said the matter is to be assessed by the Japanese government "on our own."

As for Chinese tennis player Peng Shuai, who has not been seen in public since accusing Chinese veteran politician Zhang Gaoli of sexual assault, Hayashi said he is "paying close attention" to the situation.