Japan's special adviser to the prime minister on human rights issues expressed willingness to urge Japanese companies to identify and address human rights risks in their supply chains amid growing awareness of the issue in the global corporate sector.

In an interview with Kyodo News on Wednesday, Gen Nakatani, who took the newly created post in early November, acknowledged that there are concerns about human rights issues in China and other nations, saying Japan will work closely with like-minded nations to back international efforts to protect basic human rights.

"Japan has been under intense scrutiny over how we protect human rights at the government, corporate and individual levels," said Nakatani, a former defense minister. 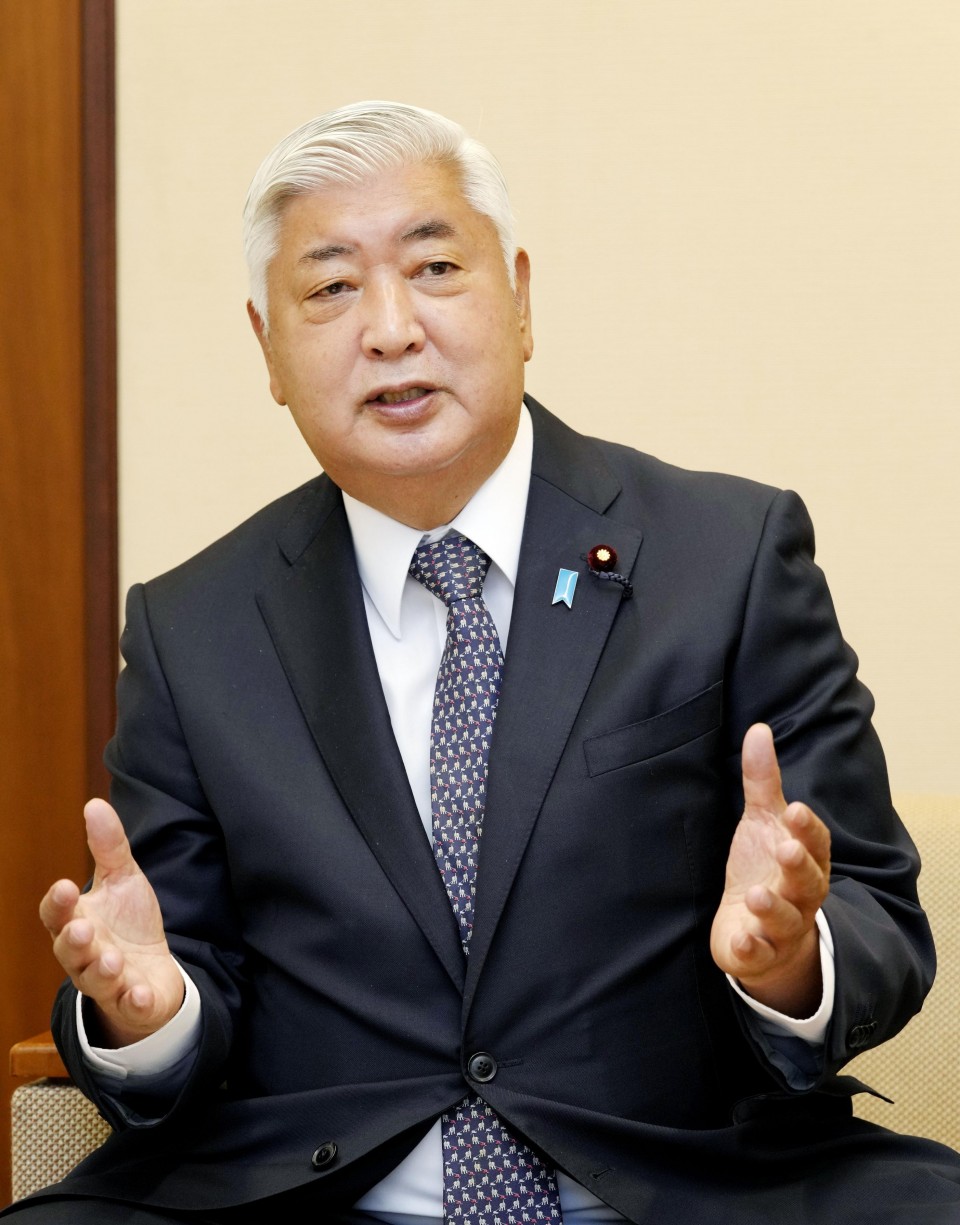 Gen Nakatani, Japan's special adviser to the prime minister on human rights issues, talks in an interview with Kyodo News in Tokyo on Nov. 17, 2021. (Kyodo)

The process of identifying and addressing risks to human rights is known as human rights due diligence. Europe has seen moves to incorporate such due diligence into legislation and the United States blocks products by companies with human rights concerns, Nakatani said.

Investors are stepping up their scrutiny of how companies address human rights issues in their supply chains, especially in light of allegations of forced labor in China's far-western Xinjiang region and other abuses against the Uyghur Muslim minority there.

Listed firms on the Tokyo Stock Exchange have been urged to respect human rights under corporate governance guidelines by the bourse's operator.

"It's the responsibility of companies to respect human rights," Nakatani said.

On the domestic front, the special adviser said he will seek to respond to issues related to non-Japanese workers, including technical trainees from developing nations who seek to gain technical expertise by working in Japan.

Japan introduced a technical internship program in 1993 to transfer skills to developing countries, but the scheme has often been criticized at home and abroad as a cover for importing low-cost labor.

By tapping Nakatani as his special adviser and appointing Yoshimasa Hayashi, known for his pro-China stance, as foreign minister, Prime Minister Fumio Kishida is seen as attempting to keep the right balance in dealing with Beijing, an increasingly assertive yet key trading partner.

Ahead of the 2023 presidency of the Group of Seven industrialized nations, Nakatani said Japan aims to take the lead in creating "a system for international coordination" and an environment for companies to step up efforts toward respecting human rights.

Nakatani is an advocate of introducing sanctions on foreign government officials believed to be human rights offenders, similar to those under the U.S. Magnitsky Act.

But sources with knowledge of the matter have said Japan will not create such legislation, at least for the time being, as Kishida apparently seeks to keep his diplomatic options open in dealing with China.

"We will consider what we can do on all possible fronts," Nakatani said when asked about the possibility of Japan introducing such sanctions.

The United States and other Western nations have imposed sanctions on China for alleged human rights abuses against Uyghur Muslims in the Xinjiang region.

On the humanitarian crisis in war-torn Afghanistan, the special adviser said Japan will continue its efforts to accept Afghans who have cooperated with the Japanese government and people who used to study in Japan.