Two lawmakers formally declared their candidacies Wednesday for the main opposition Constitutional Democratic Party of Japan's leadership race to be held at the end of the month after its leader resigned over the party's recent election loss.

Ahead of the start of campaigning on Friday, CDPJ policy chief Kenta Izumi, 47, and Seiji Osaka, 62, a former special adviser to the prime minister, announced their respective bids to succeed Yukio Edano as the party's leader. 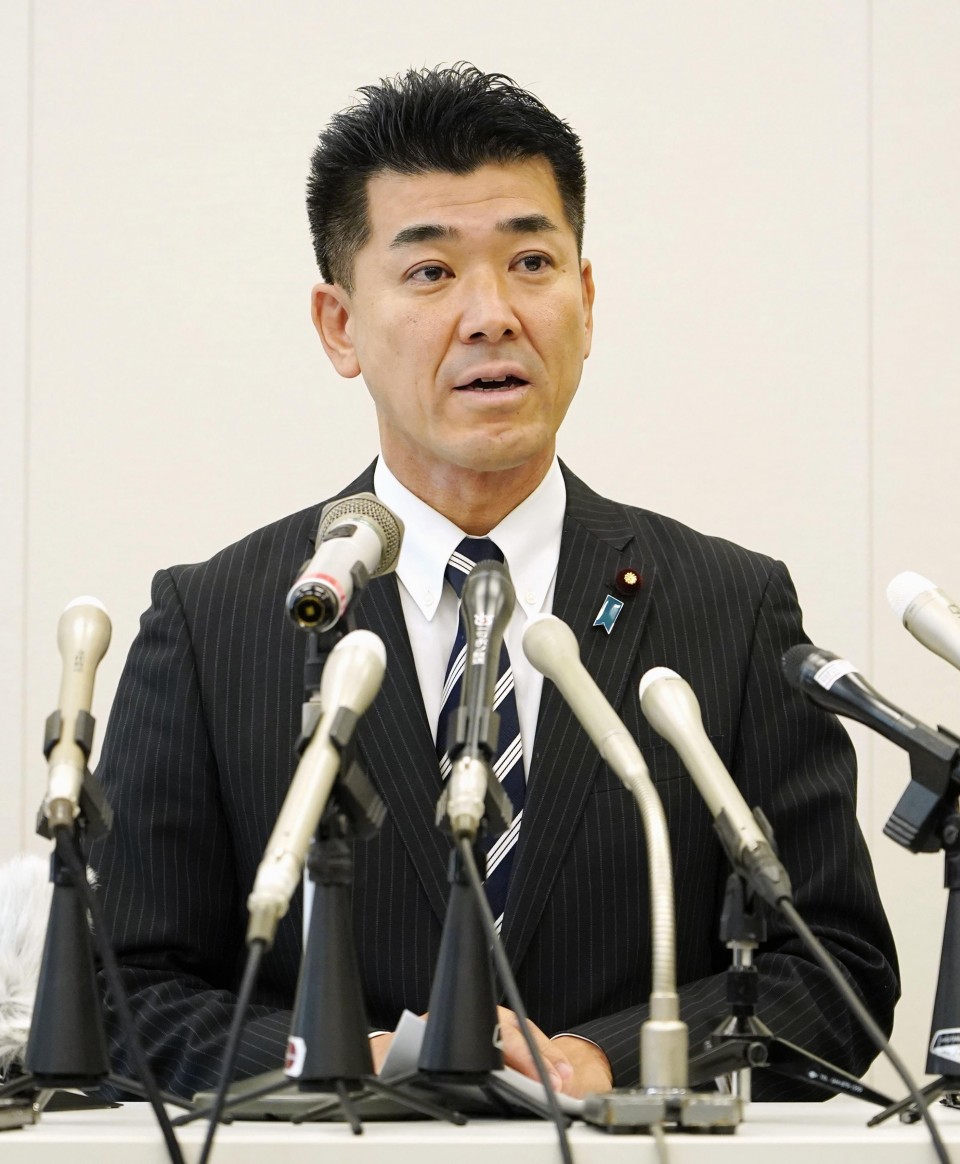 Kenta Izumi, policy chief of the main opposition Constitutional Democratic Party of Japan, holds a press conference in Tokyo on Nov. 17, 2021, to announce his candidacy for the party's leadership election on Nov. 30. (Kyodo) ==Kyodo 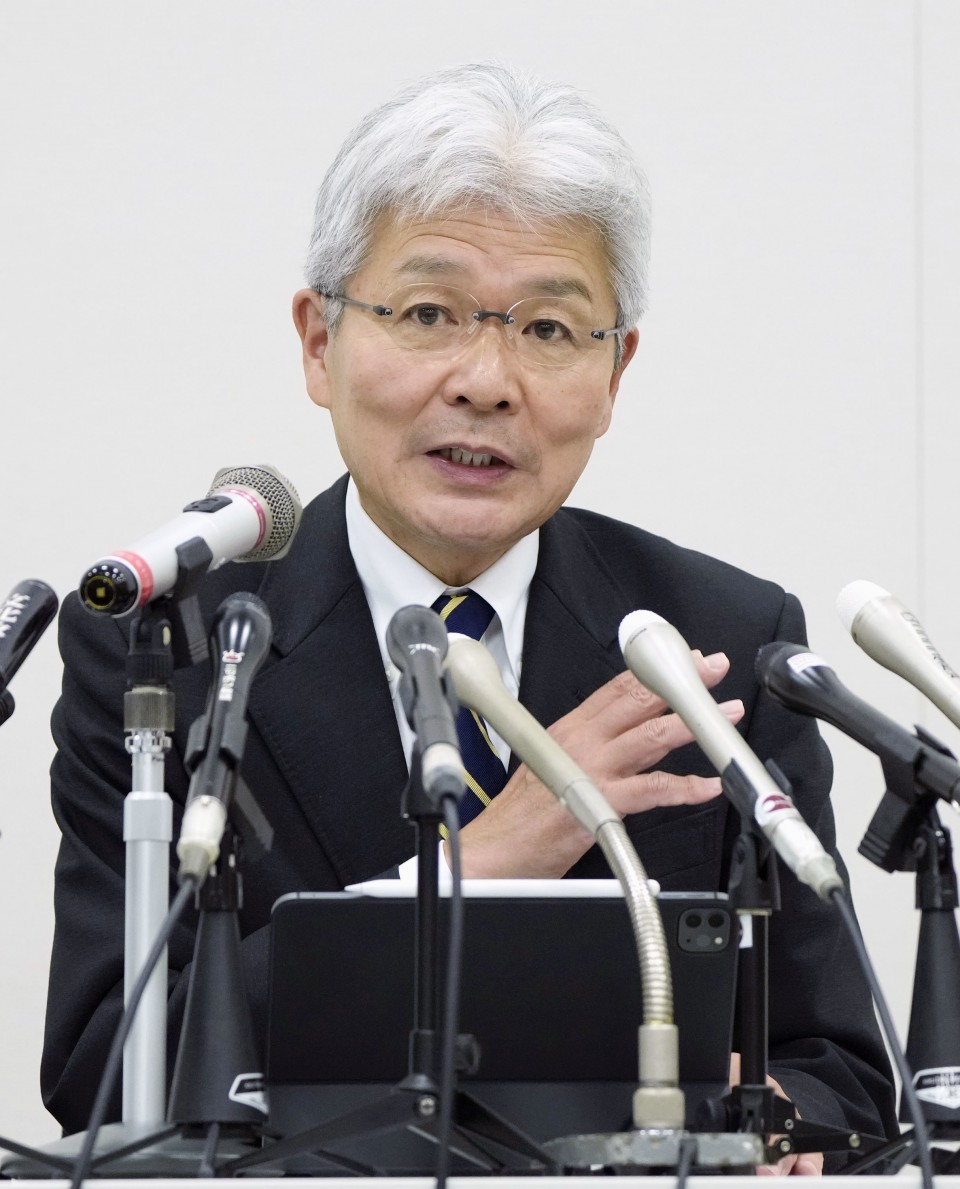 Seiji Osaka, a lawmaker of the main opposition Constitutional Democratic Party of Japan, holds a press conference in Tokyo on Nov. 17, 2021, to announce his candidacy for the party's leadership election on Nov. 30. (Kyodo) ==Kyodo

Chinami Nishimura, 54, a former senior vice minister of health, labor and welfare, also announced her desire to run, although she revealed at a press conference she has yet to secure endorsements from 20 fellow Diet members, a prerequisite for running.

The election was called as Edano announced his resignation after the party only won 96 seats in the Oct. 31 House of Representatives election, down from 110 seats previously held.

The disappointing outcome came despite the CDPJ joining hands with other opposition parties, including the Japanese Communist Party, to create a united front against Prime Minister Fumio Kishida's ruling coalition.

Whoever is chosen in the Nov. 30 party election will be tasked with reforming the CDPJ and leading the party into the House of Councillors election next summer.

Izumi said he will seek to build a society where people can feel secure and vowed to reform his party.

"I want to stand in the forefront in reforming the party," Izumi said. "I want to change the negative image of the party to a positive one."

While opposition parties had unified candidates to consolidate the anti-Liberal Democratic Party vote in the lower house election, Izumi did not set a clear direction regarding how the party should work with other parties in the upper house election next year.

"I will consider what to do by taking into account the number of seats and the situation in each area," he said. "I'm not ruling out any option."

Osaka suggested reinforcing ties with other opposition parties, saying a small party cannot fully respond to the needs of the people and face a large ruling coalition on its own.

"Through the last election, I've learned it is very important to create a situation in which a single opposition candidate faces a ruling camp candidate," said Osaka.

The LDP secured 261 seats in the last election, retaining a comfortable majority to effectively control all standing committees and steer the legislative process.

Komeito, the LDP's junior coalition partner, went from 29 to 32 seats.

Nishimura said she has decided to join the race as "there must be a female candidate running."

"It is a big issue that there are few women in politics," she said.

Japan is listed 120th overall out of 156 countries and in the bottom 10 in terms of political empowerment in the World Economic Forum's Global Gender Gap Report for 2021.