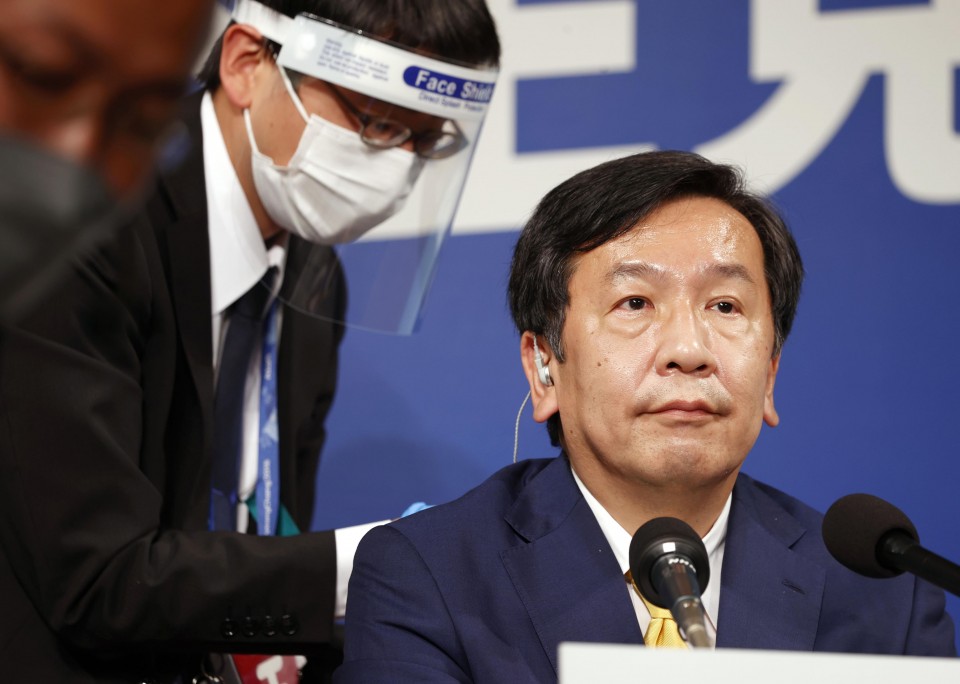 The leader of the main opposition Constitutional Democratic Party of Japan, Yukio Edano, said Tuesday he will resign from the post after his party failed to win over voters in last weekend's general election despite public dissatisfaction with the government's COVID-19 response.

Edano decided to end his four-year stint since founding the CDPJ in October 2017, after the party's seats shrank from 110 to 96 in the election on Sunday as it was shunned by voters in the proportional representation section of the election.

"My inadequacy is the reason this happened," he said at a party meeting. "I apologize from the bottom of my heart to all of the party executives, to all of our supporters across the country, and most of all to our colleagues who unfortunately were not elected."

The 57-year-old said he will remain in the post until the end of the special parliamentary session to convene Nov. 10.

CDPJ Secretary General Tetsuro Fukuyama said the same day he will also step down to take responsibility for the election result when Edano's successor is chosen in a party vote to be held by the end of the year.

Junya Ogawa, who won his sixth term in the lower house last weekend, said he is willing to run in the leadership election. Several other lawmakers, including former land minister Sumio Mabuchi and Kenta Izumi, the party's policy chief, have been floated by CDPJ members as the possible successor to Edano.

Ogawa told Kyodo News he will work toward securing people who will give him an endorsement to run in the election.

Edano had criticized Prime Minister Fumio Kishida and his predecessors for their handling of the pandemic and economic policies, calling for a change in government from the ruling coalition led by the Liberal Democratic Party.

The approval rating for the Cabinet of then Prime Minister Yoshihide Suga had been falling in media polls, partly as the public was not satisfied with the government's measures against the pandemic. After Kishida took office on Oct. 4 to replace Suga, the support rate for his Cabinet was also relatively low for a new prime minister.

The CDPJ had expected to increase its numbers in the 465-seat House of Representatives, the lower chamber of parliament, after unifying candidates with other opposition groups including the Japanese Communist Party in more than 200 single-member districts to avoid splitting the anti-LDP vote.

A number of high-profile CDPJ candidates lost in their single-member districts, including heavyweight Ichiro Ozawa in Iwate Prefecture and deputy leader Kiyomi Tsujimoto in Osaka Prefecture, who failed to even gain a seat under proportional representation.

Major supporter Rengo, Japan's largest labor organization, had strongly opposed cooperating with the JCP and said in a statement following the election that the CDPJ had "significant issues to resolve."

"It is the CDPJ's responsibility to take the next step toward becoming an alternative choice for government. In order to do that, I decided we need to prepare for next year's House of Councillors election and the next general election under a new leader," Edano said.

In a press briefing, Fukuyama, the secretary general, said, "Never in my dreams did I imagine we would lose seats."

"It's unfortunate, but some of our new candidates were able to eke out wins thanks to cooperation with other opposition groups," he said.

Well known for his time as the government's top spokesman during the 2011 Fukushima nuclear disaster, Edano led a group of liberal lawmakers who moved from the now-defunct Democratic Party to form the CDPJ.