The matchup between the 35-year-old Murata and 39-year-old Golovkin, which has been discussed since as early as 2018, will finally happen on Dec. 29 at Saitama Super Arena near Tokyo.

"He's the boxer I respect most. I want to beat him and prove that I'm strongest," Murata said in a press conference held in Tokyo. 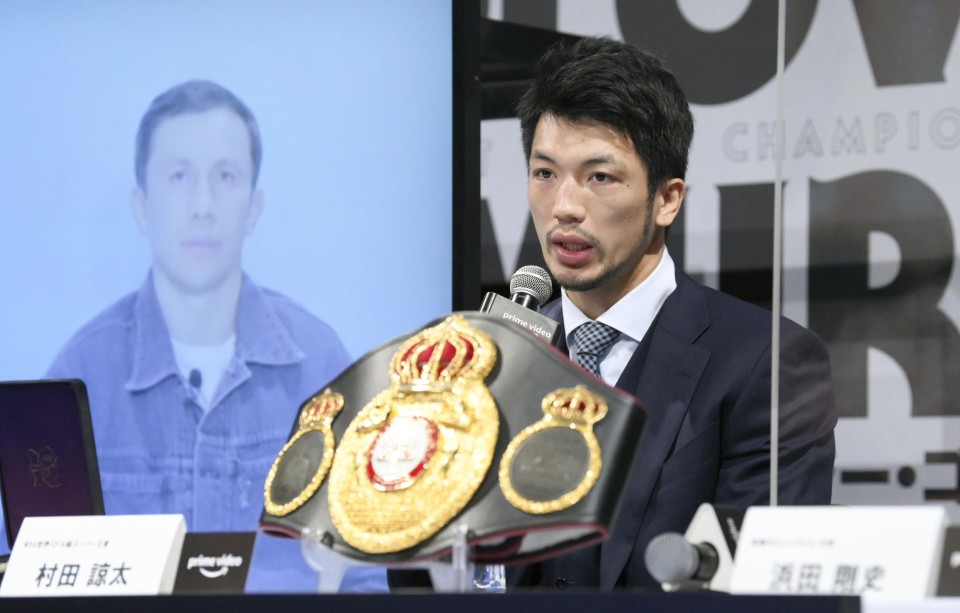 "I'm grateful to him for agreeing to this fight."

Murata has a 16-2 record, including 13 knockouts. He had a decorated amateur career, crowned by his gold medal at the 2012 London Olympics, but has not fought since stopping Canada's Steven Butler in five rounds at Yokohama Arena in December 2019.

"GGG," as Golovkin is known, has a 41-1-1 record, including 36 knockouts. Golovkin sits second in ESPN's middleweight rankings, with Murata in fourth.

For a long time considered among the best pound-for-pound fighters in the sport, Golovkin, the silver medalist at the 2004 Athens Olympics, is coming off a seventh-round stoppage of Polish challenger Kamil Szeremeta in December 2020.