Yabuki, competing in the first world title fight of his career, landed fewer blows early on at Kyoto City Gymnasium but was eventually effective attacking in combinations with his left and a right hook. 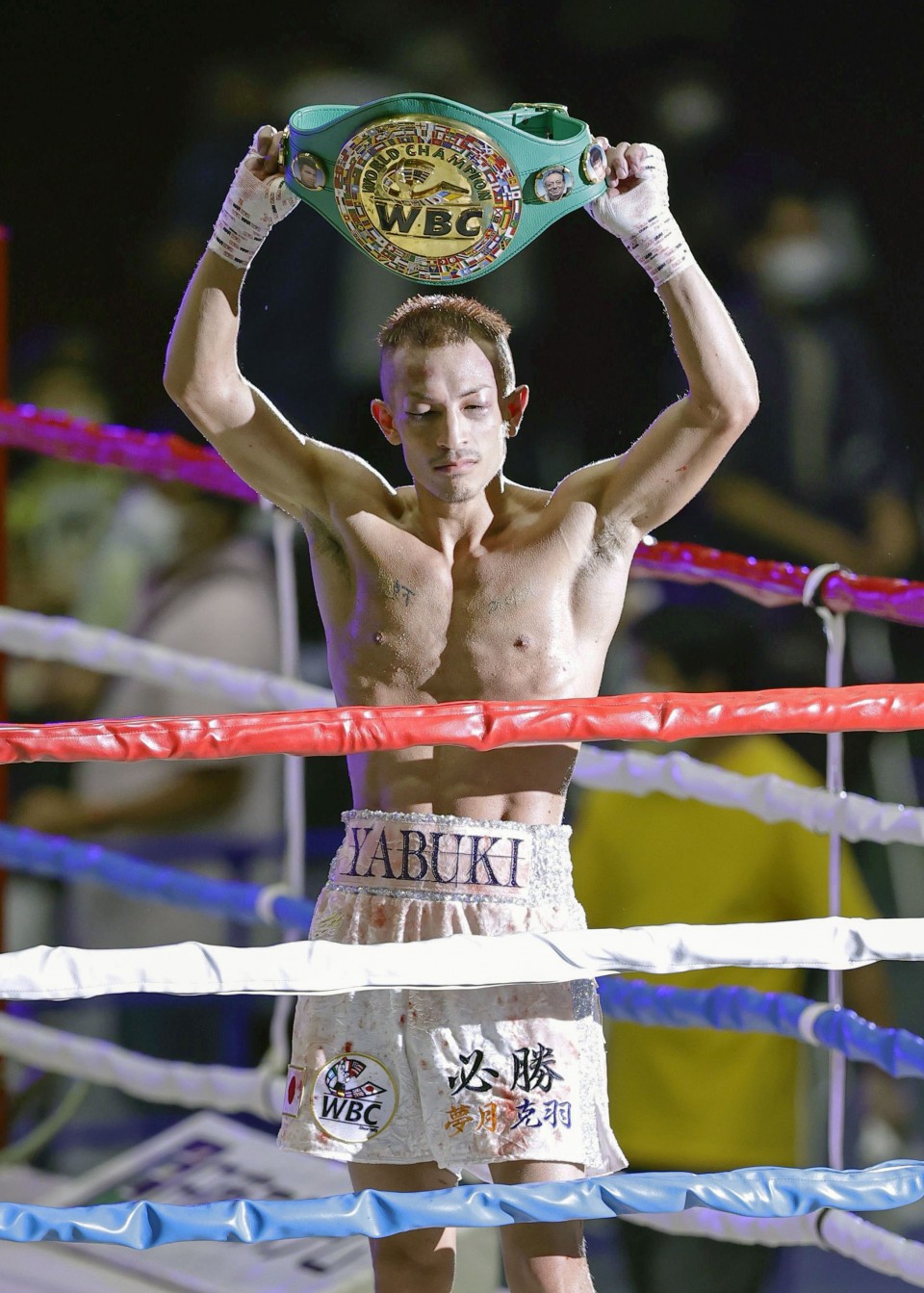 "I thought of giving up, but thanks to those cheering me on I gave it my all to the end," Yabuki said. "I thought that it would keep going -- even if it killed me."

As the fight entered the later stages, the exchanges became fiercer and eventually forced the referee to stop it in the 10th round. Yabuki said he is now reconsidering his plan to retire regardless of this fight's outcome.

The fight was postponed 12 days after Teraji tested positive for the coronavirus. Teraji, making his ninth defense of the title, fell to 18-1 in his career, while Yabuki improved to 13-3.