Fighting his first bout abroad, the 23-year-old was on the front foot from the first round at Casino Del Sol and the referee soon had to intervene with Acosta bleeding from the nose after being caught with a good punch from the champion. 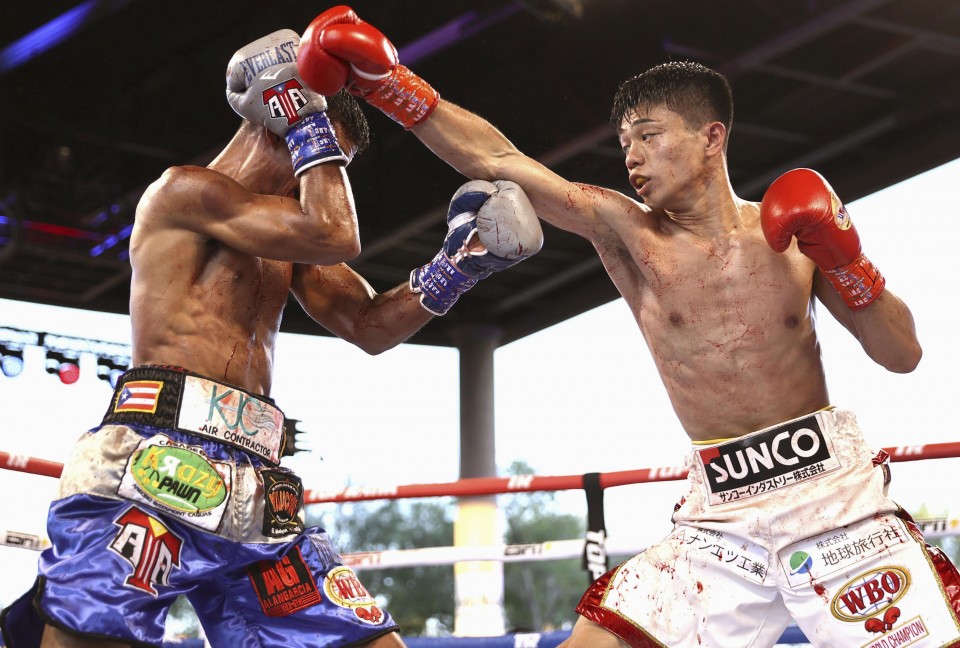 Angel Acosta (L) and Junto Nakatani exchange punches during their fight for the WBO flyweight title at Casino del Sol on Sept. 10, 2021 in Tucson, Arizona.(Getty/Kyodo)

"I caught him in the first round and that enabled me to set the pace of the bout," Nakatani said.

"The fans were excited so I believe I won in a good fashion. I have a strong desire to fight a title unification bout."

Nakatani extended his perfect career record to 22-0 with 17 knockouts, while Acosta fell to 22-3 with 21 KOs.