In a bout held behind closed doors at Tokyo's Ota City General Gymnasium, the two fighters pummeled each other in a bloody slugfest that could have gone either way until the final rounds. 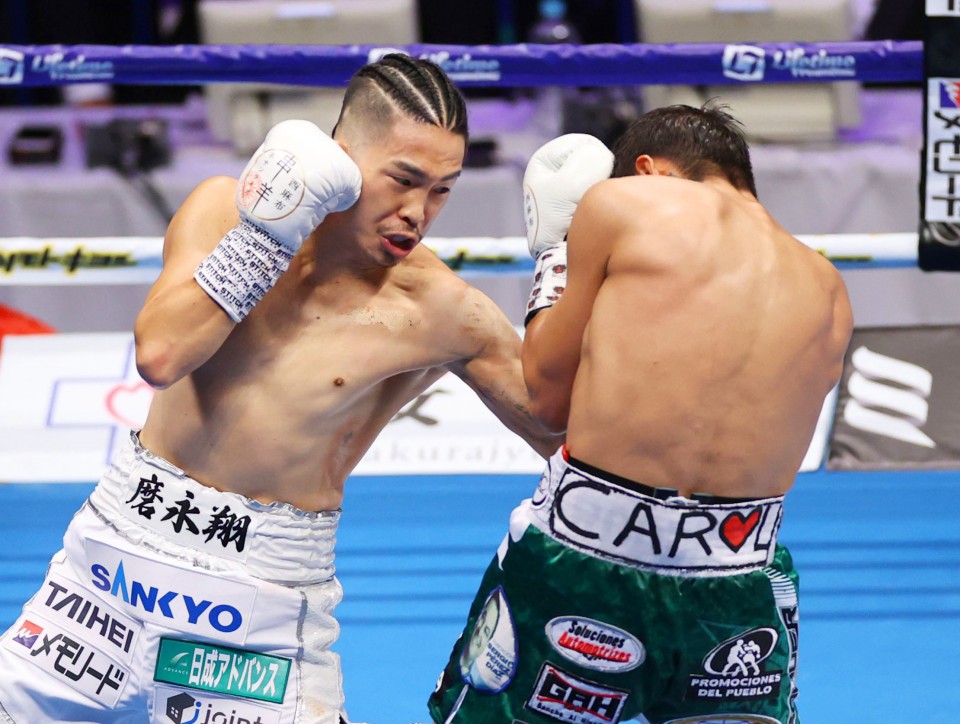 The 32-year-old Ioka's record improved to 27-2. His 18 world championship title fight wins are the most by a Japanese fighter. Still, he said Rodriguez's intensity caught him off guard.

"I had a clear picture in my mind of how he would fight and I was well prepared, but clearly he came all this way to a foreign country determined to win a championship. That showed, and he had me on the back foot a bit," Ioka said.

"The crowd at the arena usually supplies me with power, so I was a little anxious tonight."

The 29-year-old Rodriguez's record fell to 34-5 with one draw. He was taking part in the second world title fight of his career.

In January, the Japan Boxing Commission issued a severe warning to Ioka over his tattoos, which were visible during his New Year's Eve title fight against compatriot Kosei Tanaka.

This time, too, the champ's body art, heavily masked at the start of the fight, became visible on his left arm, abdomen and chest as the covering rubbed off.