ANA Holdings Inc. and U.S. space company Virgin Orbit said Friday they have signed a memorandum of understanding to cooperate in the business of launching satellites from airplanes in Japan.

The two companies will aim for 20 launches in 10 years from 2022 by flying Virgin Orbit's jet from an airport in Japan's southwestern prefecture of Oita, they said. 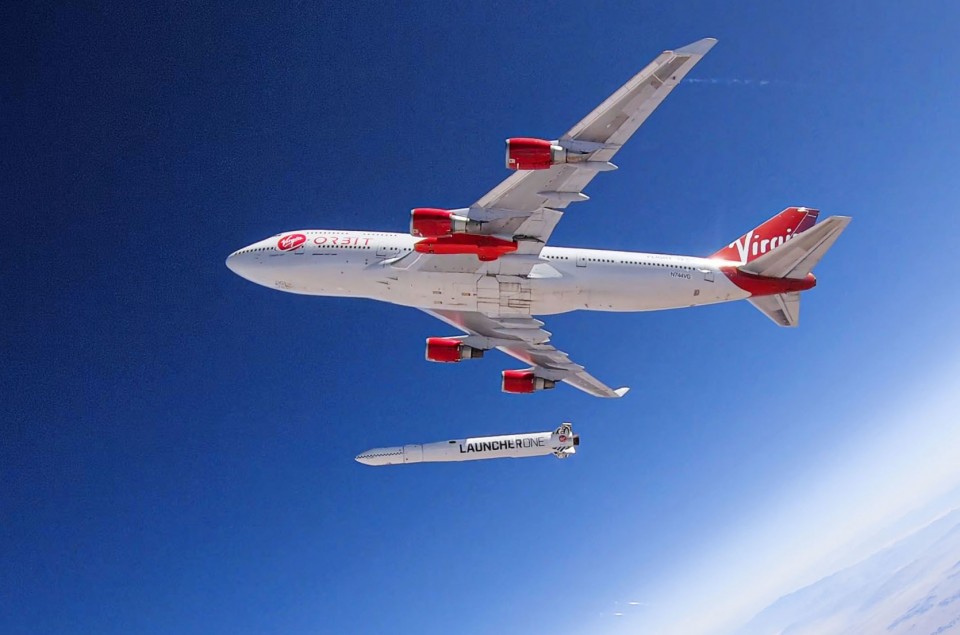 ANA Holdings, a parent company of All Nippon Airways Co., will fund the construction of mobile ground support equipment to prepare Virgin Orbit's LauncherOne rocket system. ANA will also be responsible for gaining regulatory approval in Japan and marketing.

Virgin Orbit's modified Boeing 747 jet will launch the rocket from an altitude of around 10 kilometers, making satellite launches weather-resilient and reducing the use of rocket fuel, the companies said.

ANA said it expects the new service with Virgin Orbit to serve growing demand from space business startups in Japan and other parts of Asia.

The Japanese airline group has been seeking to gain a footing in the space industry, investing in Japan's spaceship developer PD Aerospace Ltd. in 2016 and launching a project team in 2018 to explore new space businesses.

ANA and Virgin Orbit agreed in 2019 to work together for starting a satellite launch business in Asia including Japan.