The aircraft manufacturing unit of Honda Motor Co. unveiled Tuesday a concept for a new HondaJet small business aircraft with an increased passenger capacity and an ability to complete transcontinental flights across the United States.

A mock-up of the "HondaJet 2600 Concept" by Honda Aircraft Co. was displayed at an annual trade show in Las Vegas to gauge customer reaction and gain an understanding of potential market demand, according to a press release. 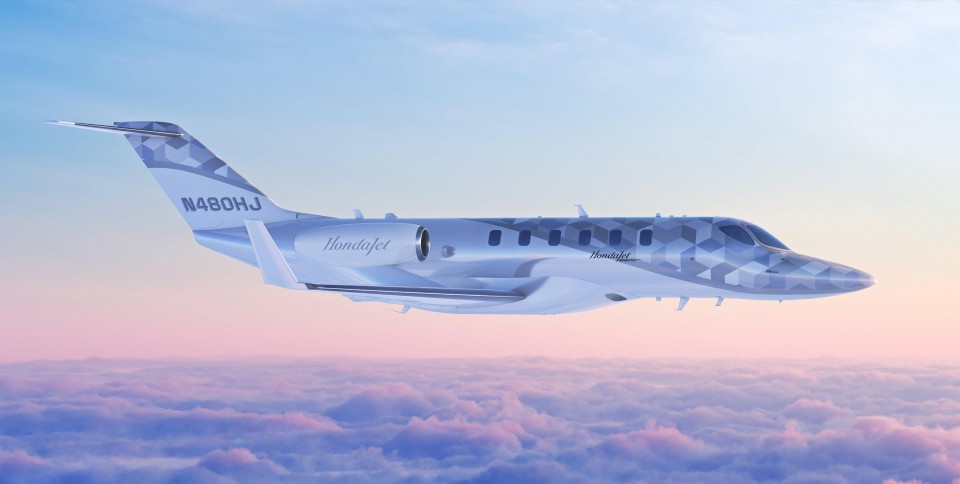 Approximately 40 percent longer and wider compared to the existing model, a maximum of 10 passengers can be accommodated, up from the six the original model can carry.

The new jet is expected to improve fuel efficiency by around 20 percent as compared to light jets and more than 40 percent compared to midsize jets, according to the company.

"With the HondaJet 2600 Concept -- which enables efficient transcontinental flight, offers a new level of cabin comfort and capacity, and dramatically reduces CO2 emissions -- we are introducing a new generation of business jets," Honda Aircraft President and CEO Michimasa Fujino said in the press release.

The company has yet to put forward a timeline for the development of the new plane.

Since the first HondaJet was delivered in 2015, the aircraft has been sold globally. It became the best-selling small business jet in the world for the fourth straight year in 2020, with a total of 31 units delivered last year.