ANA Holdings Inc. reported Friday a net loss of 51.16 billion yen ($470 million) in the April-June quarter as the coronavirus pandemic continued to dent travel demand, but cost-cutting and a robust cargo business helped the airline to limit the red ink. 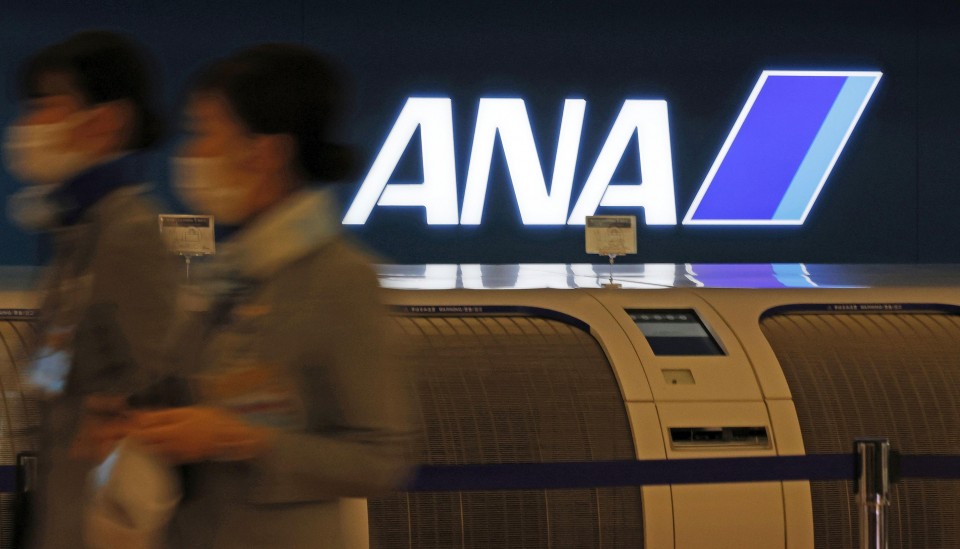 Air travel demand remains below pre-pandemic levels but has been picking up with some positive developments such as the launch of so-called "vaccine passports" in Japan for international travelers to prove that holders are fully vaccinated against COVID-19.

The cargo business was a bright spot for ANA, capturing pandemic-triggered demand for goods delivery. Cost-cutting efforts have progressed through the reduction of its fleet and canceling flights, the airline said.

"We are still in a severe situation for now but reservations (for flights) are on a rising trend from this summer," Chief Financial Officer Ichiro Fukuzawa said at a press briefing.

Fukuzawa said ANA left its full-year earnings forecasts intact as travel restrictions are expected to remain. But he was cautiously optimistic about the outlook for domestic travel, saying that it hit bottom in June.

"It'd be better to be able to say the worst is over but the right assessment should be that we are emerging from it," Fukuzawa said, expressing hope that higher vaccination rates would boost travel demand.

Despite travel restrictions, ANA registered a roughly 43.4 percent year-on-year increase in international passengers to 131,361, due partly to demand for connecting flights from Asia to the United States.

The country's state of emergency has a strong bearing on domestic travel demand, but the number of domestic passengers increased 2.5-fold to 3.2 million.

Revenue in the international cargo business grew to 66.0 billion yen from 25.4 billion yen a year earlier, making it the third straight quarter for ANA to report record income.

Air transport of such items as semiconductors, electronics and auto parts increased during the pandemic, according to ANA.

With business trips canceled or postponed in the midst of the COVID-19 crisis, demand for international flights has sagged and is expected to take longer to recover than for domestic travel.

The outlook for domestic travel is also far from rosy ahead of Japan's mid-August summer holiday season, with a fresh COVID-19 state of emergency in prefectures hit by surging coronavirus cases such as Osaka.

The ongoing Tokyo Olympics until Aug. 8 proved to be disappointing for airlines as foreign spectators have been banned, along with domestic fans at most of the competition venues.

While the global airline industry has continued to face tough times, some U.S. airlines like Delta Air Lines Inc. reported profits in the April-June quarter thanks to recovering travel demand.