China has been paying serious attention to how Japan's new minister in charge of economic security will act after the Oct. 31 general election, as the position is expected to challenge threats posed by the Communist-led government.

The post was set up by Prime Minister Fumio Kishida, who took office on Oct. 4, with Sino-Japanese ties souring over issues surrounding democratic Taiwan, which China regards as a renegade province to be reunified with the mainland by force if necessary. 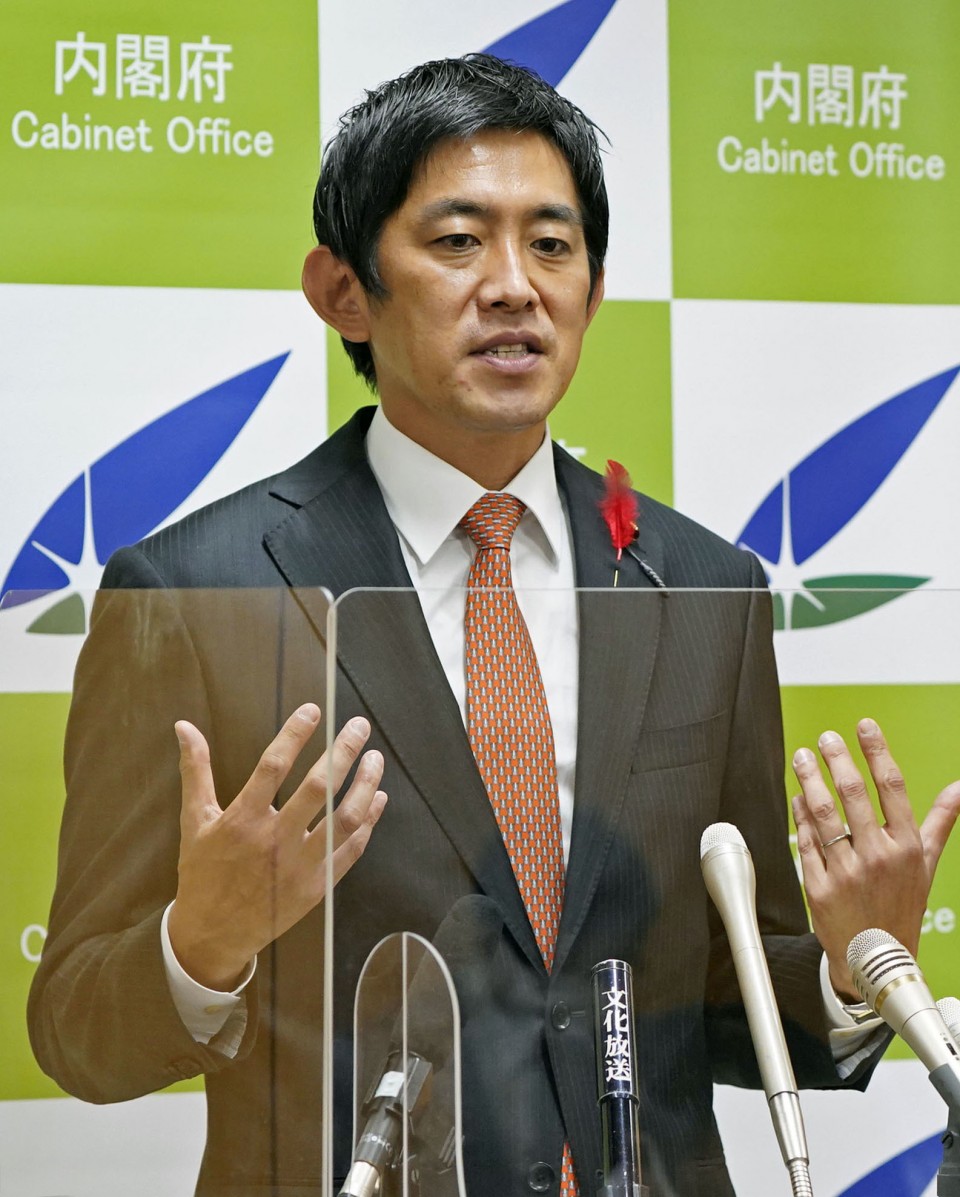 If the economic security minister, Takayuki Kobayashi, tries to get closer to Taiwan than China to safeguard Japan's economic security interests, the leadership of President Xi Jinping would take retaliatory steps against the Kishida administration, jeopardizing regional stability.

Some pundits, meanwhile, said Japan might pursue a well-balanced diplomatic strategy toward China, as the country's economy is unlikely to grow without the neighboring nation's market with a population of 1.4 billion.

China and Japan, the world's second- and third-biggest economies, have been at odds over technology transfer, intellectual property protection, market openness and transparency as well as other trade and economic matters.

Japan's economic security minister will be engaged in a "gargantuan task but also an urgent one given heightened regional rivalry with China," said Jeff Kingston, director of Asian Studies at Temple University Japan in Tokyo.

The primary role of the new minister is to "develop strategies and a legal framework to enable Japan to boost economic security encompassing supply chains, resources, innovative technologies and relevant infrastructure," he said.

Since a tit-for-tat tariff trade war intensified between China and the United States in 2018, Japanese policymakers have become more concerned about economic security of the country, many of whose companies have expanded their businesses in the two nations.

Dozens of lawmakers of the ruling Liberal Democratic Party proposed in 2019 that the government establish an entity modeled after the U.S. National Economic Council, which coordinates economic policy advice for the president.

In December 2020, an LDP group -- created by Kishida as then chair of its Policy Research Council and Akira Amari, its current secretary general -- hammered out a report on economic security.

Apparently targeting China, the report said, "Some countries have started to use economic measures to impose their own desires on other countries, and even to try to reshape the existing international order into something in favor of themselves."

In its annual trade white paper released in June, the government said nations including Japan had been spurred to strengthen economic security following the pandemic that exposed the fragility of supply chains, citing the interruption of medical supplies as an example.

Immediately after the virus spread in Japan in February 2020, protective face masks and alcohol-based hand sanitizers were sold out at pharmacies and convenience stores, making a number of people vulnerable to infection.

Against a backdrop of Japan's dependence on foreign manufacturers, the government has been also compelled to implement a strategy to enhance domestic development and production of cutting-edge semiconductors amid a global chip crunch.

Kishida pledged in his policy speech on Oct. 8 to advance efforts to build a "resilient supply chain and draw up legislative bills that promote Japan's economic security."

A diplomat in Beijing said, "Ensuring economic security is very important for the future of Japan, as wars, in which many countries use economic weapons instead of military ones, have taken place."

Before taking up his new post, Kobayashi, a former Finance Ministry bureaucrat, served as secretary general of the LDP group that mapped out the report on economic security.

Within just days of his appointment, the Kishida administration decided to provide financial support for Taiwan Semiconductor Manufacturing Co. to build a chip-making factory in Japan in a bid to bolster supply chains for critical components such as semiconductors.

Taiwan, whose tensions with mainland China have been escalating, welcomes Japan's move to construct the factory in its southwestern prefecture of Kumamoto, said Tai Wan-chin, a professor emeritus at Tamkang University in New Taipei City.

"Hopefully, the TSMC plant in Kumamoto will be mutually beneficial for Taiwan and Japan. It is a new area of Taiwan-Japan cooperation," Tai said.

As China has become "more assertive," Japanese citizens will "generally be less inclined to support a political party which advocates weak-kneed diplomacy" against the mainland, he added.

A scholar at a university in Beijing, however, said China has been "extremely irritated" by Kishida, as the nation argues that Taiwan is its "core interest" while it does not want Japan to interfere in its "internal affairs."

"Should Japan's economic security minister take a hard-line approach toward China and attempt to beef up cooperation with Taiwan, Beijing would carry out measures that may choke the Japanese economy," the scholar said.

In 2010, China restricted exports of rare earths to Japan, when the two countries were at loggerheads due to competing territorial claims in the East China Sea.

China has remained the largest trading partner of Japan. Japan's degree of reliance on it for intermediate commodities has exceeded 20 percent in imports, almost double the figure for its dependence on the United States, the nation's security ally.

The Chinese and Japanese economies are "highly intertwined and there are many overlapping interests despite the tense security situation and frosty relations," he said.

Diplomatic sources said Kishida has already shown intention of emphasizing ties with the mainland, as he tapped as economic security minister Kobayashi, who belongs to an LDP faction led by Toshihiro Nikai, known as a pro-China veteran politician.