The Tokyo High Court on Wednesday ruled in favor of two Sri Lankans who had demanded 10 million yen ($91,000) in damages from Japanese immigration authorities for infringing on their right to undergo a trial for refugee status.

The court ordered the state to pay 300,000 yen each to the men, overturning a lower court ruling that rejected the plaintiffs' claim for the damages.

"The two men were effectively deprived of the opportunity to stand trial to see if they were qualified as refugees," Yutaka Hirata, presiding judge of the high court, said in handing down the ruling. 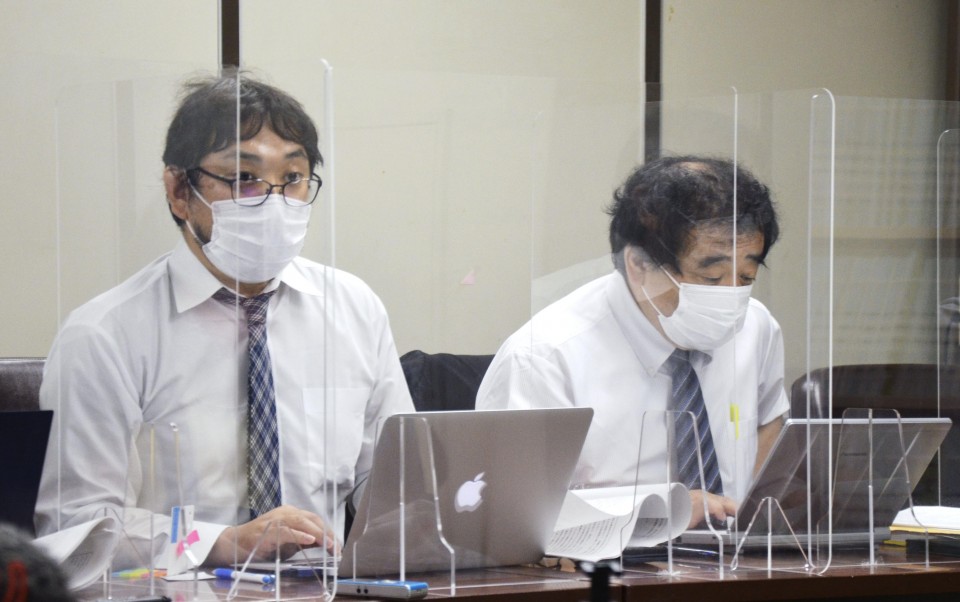 Lawyers for two Sri Lankan men who had demanded 10 million yen ($91,000) in damages from Japanese immigration authorities for infringing on their rights to undergo a trial in Japan are pictured at a press conference in Tokyo on Sept. 22, 2021. The Tokyo High Court ruled in the Sri Lankan men's favor.

The court acknowledged the plaintiffs' claim that the Tokyo Regional Immigration Services Bureau violated their right to face trial ensured under the Constitution.

The Immigration Services Agency of Japan said in a comment that it will study the ruling and take appropriate action.

According to the ruling, the plaintiffs applied for asylum between 2011 and 2012 but were rejected. They appealed the decision.

But they were deported along with other Sri Lankans on a chartered plane on Dec. 18, 2014, a day after the immigration authorities told them their appeal was rejected.

The court ruled the immigration authorities deliberately did not tell the plaintiffs about the dismissal of their appeal until the last minute in order to ensure that the two would be deported in a group on the designated flight.

Speaking after the ruling, a lawyer for the plaintiffs said, "(The plaintiffs) wanted to bring their case to court, but they were forcibly deported."

"It is a very significant decision that deals a hard blow to the immigration authorities' approach" to the Sri Lankans, the lawyer told reporters.

In a similar lawsuit filed by a man from South Asia who was on the same flight, the Nagoya High Court in central Japan in January ordered the state to pay 440,000 yen to the man, while saying the treatment did not violate the Constitution, according to the team of lawyers for the plaintiffs.