The family of a Sri Lankan woman who died in March following mistreatment at a Japanese immigration center said she was "treated like a dog" after the government disclosed Thursday security camera footage of her final days.

Two weeks' worth of video footage showing Ratnayake Liyanage Wishma Sandamali, 33, before her death was edited to around two hours, but her family members, shocked by the content, could only get through around half of it after saying they felt unwell. 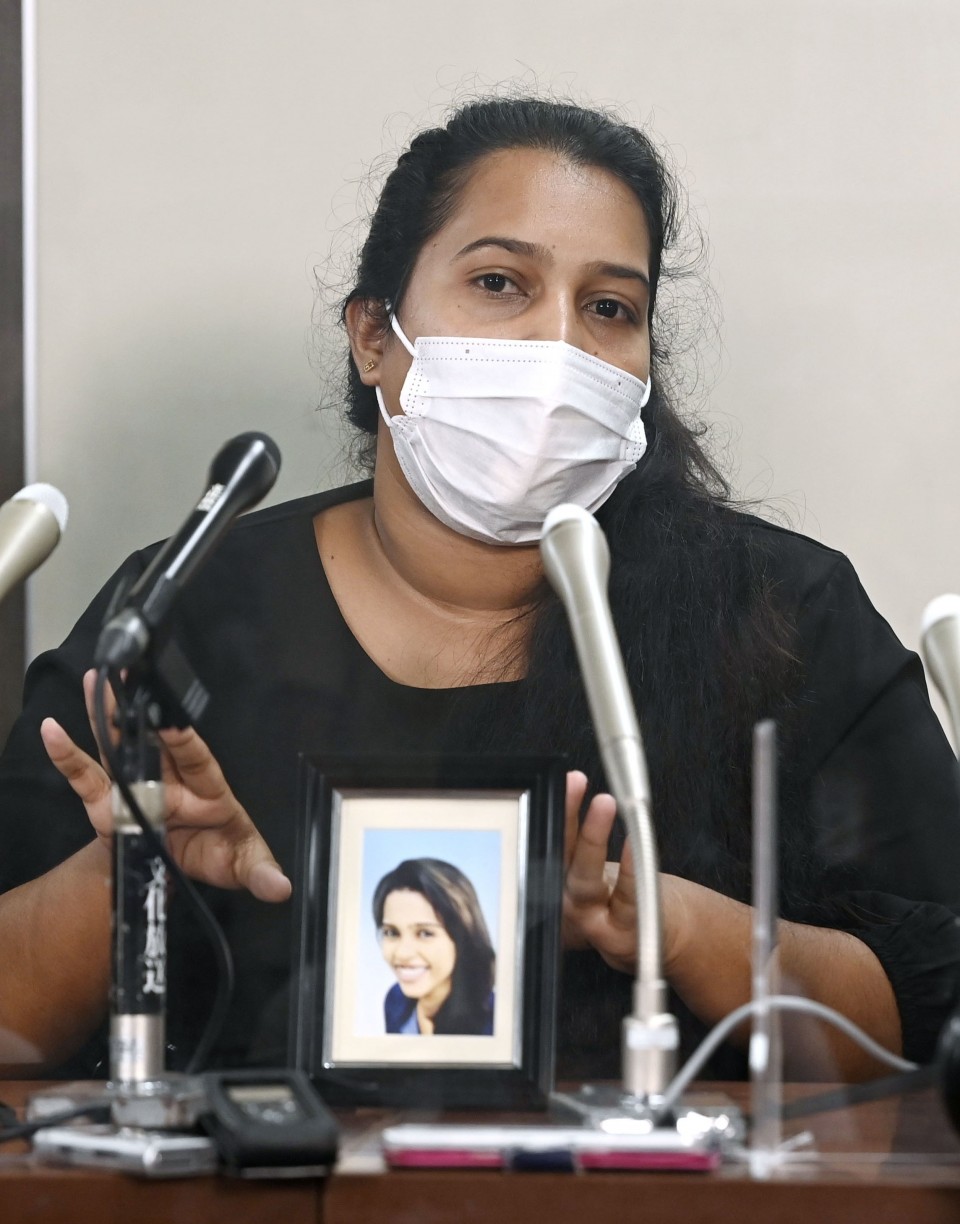 "Our sister was murdered. Anyone could see that her condition was deteriorating. She was not treated like a human being. We want to see the whole video, not just a part of it," Wishma's younger sister Wayomi, 28, told reporters as she wept loudly.

Wishma's other younger sister Poornima, 27, said at a press conference that officials had treated Wishma "like a dog," adding that "she could have been cured if they had hospitalized her temporarily."

According to Shoichi Ibusuki, a lawyer for the family, both Justice Minister Yoko Kamikawa and Shoko Sasaki, head of the Immigration Services Agency of Japan, had met with the family and apologized earlier in the day.

"I pray her soul will rest in peace. I am sorry she was not able to return home to her mother," Sasaki was quoted as saying.

The agency said Sasaki also explained an investigative report released Tuesday to the family, who had protested that officials at the Nagoya Regional Immigration Services Bureau in Aichi Prefecture, where Wishma was detained, had gotten off too lightly with only reprimands.

Selected parts of the security camera footage of Wishma's last days were then disclosed to the family, including scenes of her talking with other detainees and being mocked by immigration officers.

Ibusuki had requested that the agency release the whole video, but the agency responded it would be "logistically difficult" to show two weeks' footage, adding it would consider requests to view specific parts.

The agency had at first refused to disclose the footage to the family citing security but later changed its policy for humanitarian reasons out of consideration for the family.