Japan's immigration agency said Tuesday a probe has found that an immigration center in central Japan mistreated a detained Sri Lankan woman who died in March, and it has reprimanded the facility's top officials and supervisors.

The Immigration Services Agency of Japan's final report on developments leading to the death of Ratnayake Liyanage Wishma Sandamali, 33, said the Nagoya Regional Immigration Services Bureau in Aichi Prefecture failed to provide appropriate medical care for her, though the probe could not determine the cause of her death. 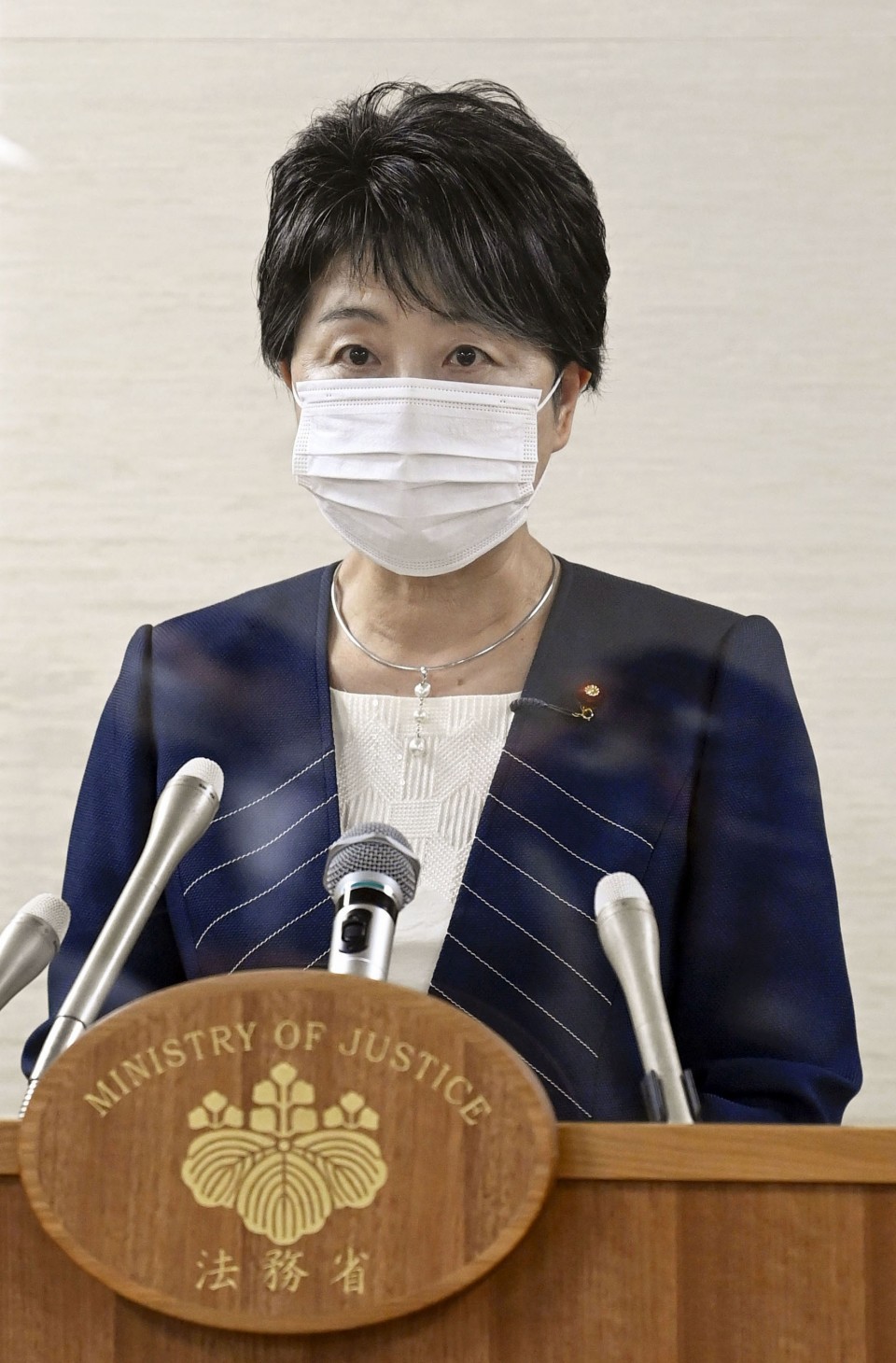 Justice Minister Yoko Kamikawa apologized for the Nagoya facility's treatment of Wishma that resulted in her death and pledged to reform the country's immigration services.

"It's impossible to imagine how lonely, anxious and hopeless she must have felt as her health deteriorated," Kamikawa told a press conference.

Shoko Sasaki, head of the Immigration Services Agency of Japan, told a separate press conference, "The Nagoya bureau at that time lacked awareness of its responsibility to ensure the safety of people and respectfully engage with them."

The agency reprimanded the bureau's director and then deputy director as well as two supervisors overseeing the monitoring of detainees.

"We will take the issues raised (in the report) seriously and do our best to prevent any recurrences," the Nagoya bureau said in a statement.

The agency had set up an investigation team and heard from third-party experts including medical professionals in examining the case of Wishma, who came to Japan in 2017 on a student visa and was taken to the facility in Nagoya in August 2020 after overstaying her visa.

She died on March 6 while in custody after complaining of stomach pain and other symptoms from mid-January. She had applied for, but was refused, provisional release for hospital treatment.

Medical personnel were not available on Saturdays, the day that she died, and staff at the facility did not make an emergency call, according to the report.

The probe has also found Wishma's pleas for medical treatment and an examination by an outside doctor were never reported to managing staff, violating the facility's own rule.

It pointed out that omitting to report such detainee requests for medical treatment was commonplace at immigration facilities, a practice that needs to be rectified.

One immigration officer allegedly mocked Wishma after seeing liquid come out of her nose after she was unable to swallow a drink, while others thought her complaints were exaggerated in order to secure the approval of her temporary release request, according to the probe report.

Following the release of the report, Wishma's younger sister Wayomi, 28, said in a Tokyo press conference that she cannot understand why the immigration authorities denied provisional release for hospital treatment despite Wishma's deteriorating health.

She described the treatment of Wishma at the immigration center as "bullying" and criticized staff at the facility for their misconduct. The sister also expressed dissatisfaction with the report's failure to clarify the cause of Wishma's death.

As Wishma's family, supporters and opposition lawmakers have been demanding the disclosure of the security camera footage of her final days, the immigration agency is set to release it to her family on Thursday, Shoichi Ibusuki, a lawyer for the family, said at the press conference.

Ibusuki said the agency will show only selected parts of the footage exclusively to the family. He added that he has requested the agency release the whole footage which covers nearly two weeks of her life at the immigration center, and to allow a lawyer to attend.

Whether to release the footage of Wishma in detention was a major focus of debate in parliament, the ordinary session of which ended in June, as it deliberated on a bill to revise rules on how to handle foreigners facing deportation, including allowing those who have applied for refugee status more than twice to be deported.

The government withdrew the bill in May following protests over the death of Wishma. 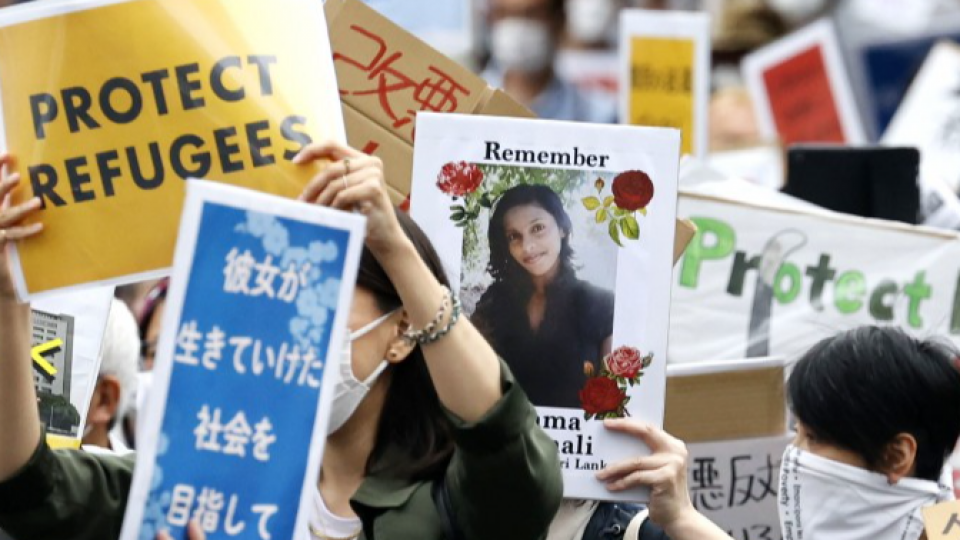 People opposing the revision of Japan's immigration control and refugee recognition law march in Tokyo on May 16, 2021. A photo of Ratnayake Liyanage Wishma Sandamali, a Sri Lankan woman who died in March while being held at the Nagoya Regional Immigration Services Bureau in central Japan, can be seen in the center. (Kyodo) ==Kyodo